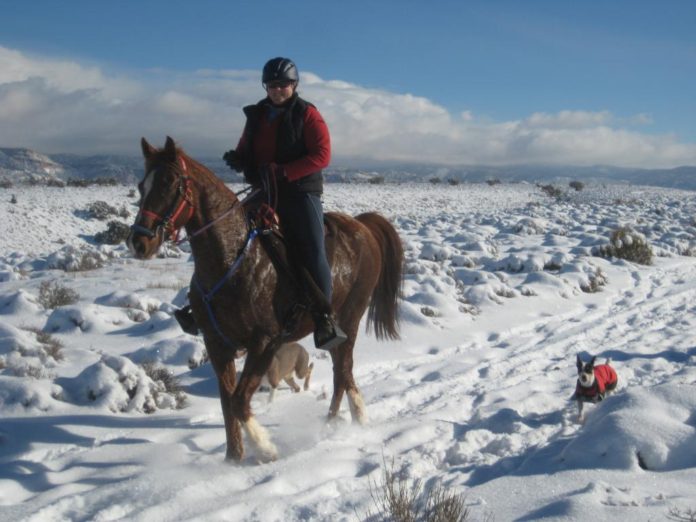 If you live in the US or northern Europe, winter temperatures are often frigid or even brutal cold with the exception of a few areas. Many videos and blogs have been published about proper gluing procedures of the Easyboot Glue-Ons and EasyShoes during average outside temperatures (examples include: The Last Two Percent and Glue-Tech Seminar – A Broad Spectrum of Gluing Techniques). All of these should be watched and reread but during the winter months, there are ways to alter the gluing protocol to adjust to the cold temperatures and higher humidity. 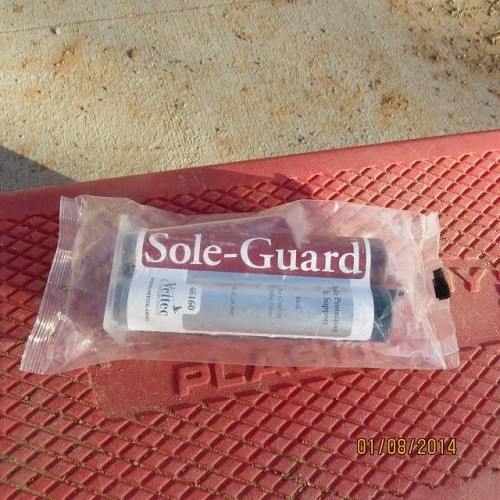 When using Vettec adhesives, make sure they are at room temperature or slightly above. Vettec Adhere is fairly thick flowing in colder temperatures which can lead to longer than normal setting times. Vettec Sole-Guard flows thinner and has a slighter higher tolerance for air humidity. So during the winter months, especially if the glue is marginally warm, I have used Sole-Guard to glue Easyboot Glue-Ons/EasyShoes. Sole-Guard has the same adhesion strength as Vettec Adhere. During tests performed on Global Endurance Center horses, there was no difference in tensile strength between Adhere and Sole-Guard.

It is also very important to spend sufficient time warming the hooves as well as the Easyboot Glue-Ons/EasyShoes. 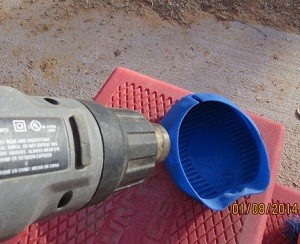 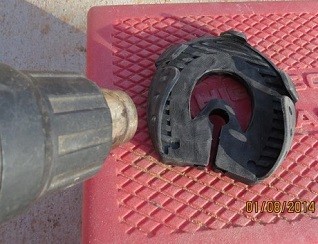 Setting and curing time for the glues will be longer during the cold winter months. You can expedite the process by using the heat gun after the gluing to keep the boots and glue warm. Be careful when using a heat gun and do not hold it too close, as this can alter the molecular structure of the glue and ‘burn’ the glue.

If Vettec glues have been exposed to cold temperatures it is important to SLOWLY warm the tubes up to room temperature. No short cuts allowed by immersing them in hot water or laying them onto a heater. These methods can affect the glue strength. If the glue is grainy or pale purple and opaque, discard the glue cartridge and start with a fresh cartridge.

Often when I’m gluing front hooves, I do not feel the need to pick up any legs. If I do feel it should be done, I prefer to lift one of the hind legs. 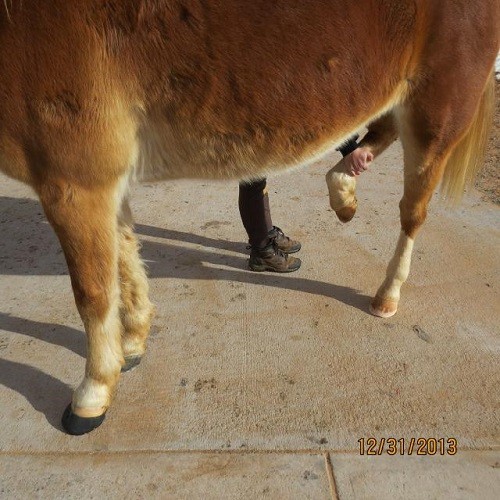 When gluing hind hooves, it is advisable to pickup a front leg. Refrain from picking up the opposing hind legs, because any movement with the hind quarters could result in a twisting of the newly glued boot. Lifting one of the front legs off the ground makes a horse put more pressure on both hind hooves. 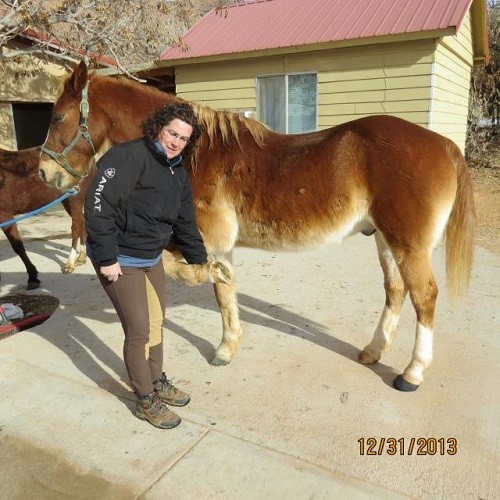 I wish you successful gluing during the cold season!