As many as 100 million people are being affected by a colossal snow storm in the United States. What better backdrop for us to pause and reflect? At EasyCare, we’ve been doing a lot of reflection, and using it as a basis to plan 2011. Garrett Ford is the keynote speaker this week at the Functional Hoof Conference in Melbourne, Australia. He joins Professor Robert Bowker, Duncan McLaughlin, and scores of other bare hoof proponents from around the world for five days of presentations and discussions on hoof care in today’s world. Duncan is making a presentation of the findings from his thermographic imaging study of barefoot and shod performance horses. We’ll be publishing the white paper in our March newsletter.

After the conference in Australia, EasyCare representatives will attend BETA (the British Equestrian Trade Association) in Birmingham. If you’re attending, stop by at Stand B7.1 and hook up with people from EasyCare and our partners at Trelawne Equine.

The results are in from the 2010 Hoof Boot Contest and we’ve announced an expanded 2011 Hoof Boot Contest. If you haven’t already signed up to become a member of Team Easyboot, be sure to check out our new team approval platform and submit an application.

Finally, we’d like to tip our hats to California based hoof care practitioner, Maria Siebrand, who is fighting the good fight. We’re with you, Maria! 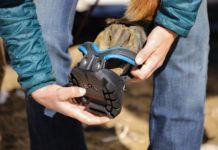 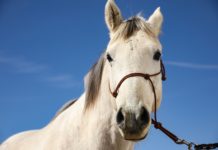