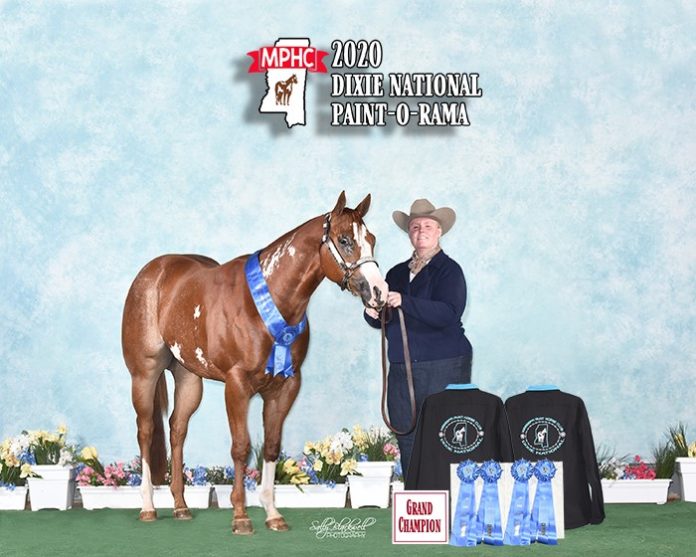 Congratulations to Deb Schroeder and her stunning two-year-old gelding, Virtues (known around the barn as Vern).

Deb and Vern won the open and amateur halter classes at the Dixie National American Paint Horse Association show in Jackson, Mississippi, a couple of weeks ago. They were named Grand Champion under all eight judges at the event. Vern earned 36 national halter points in the process. What an accomplishment! 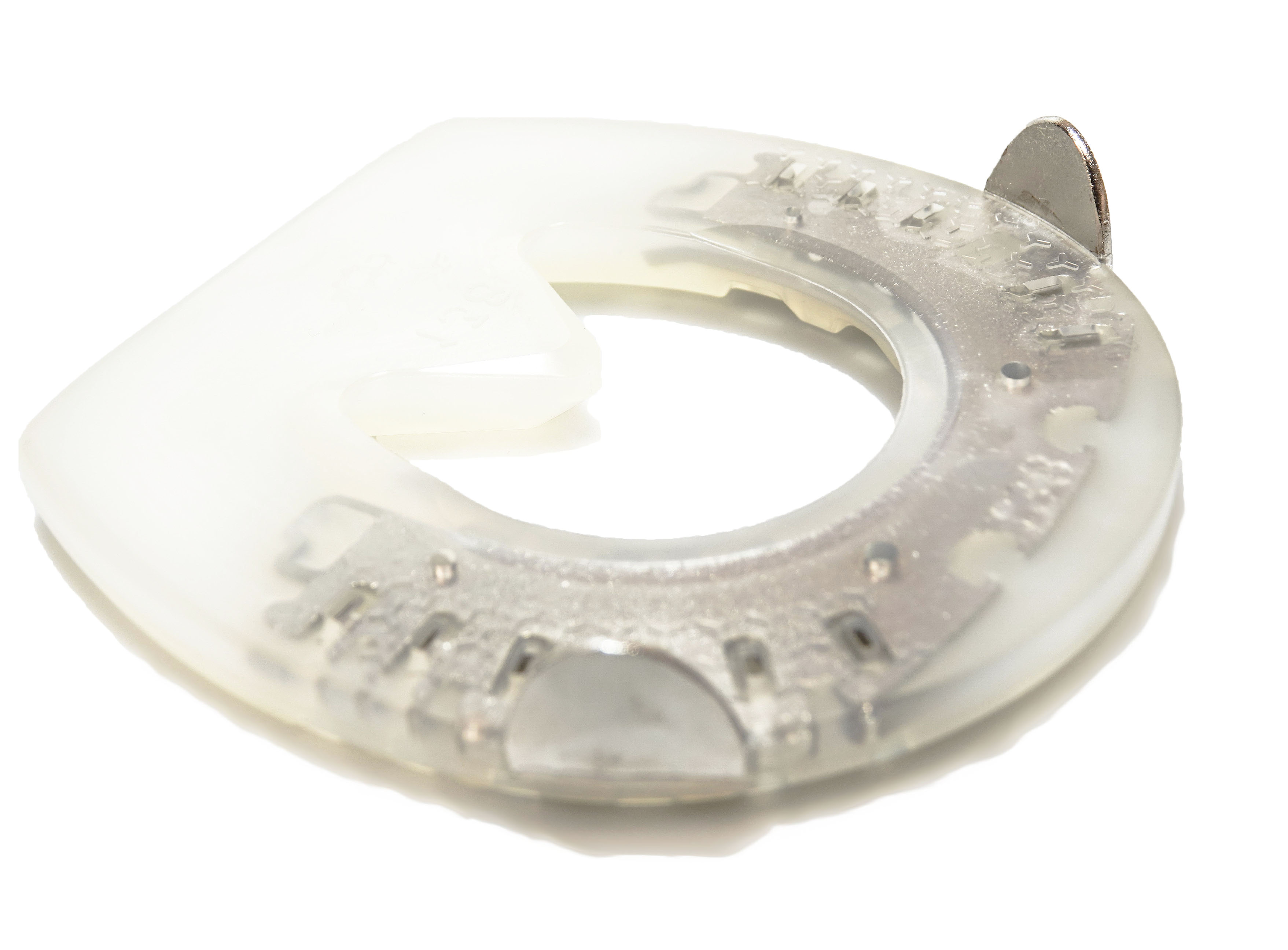 It’s a little difficult to see in the photo, but Vern is wearing the EasyShoe Versa on his front hooves.

We may be a little biased, but we believe the Versa played a role in Vern’s win. The Versa helped Vern display a more balanced topline, which is very important when it comes to judging a halter horse.

A typical issue with young halter horses like Vern is an unbalanced topline. Wearing the Versa on both front hooves allowed Vern’s front feet to float on the arena surface, while the bare hind hooves settled into the soft footing. This gave an inch to an inch-and-a-half of lift on the front end, leveling Vern’s topline.

An unbalanced topline can also lead to certain back issues in riding horses. The Versa can help their front feet stay on top of the arena surface, and make it more comfortable to move freely. The wide-web design, along with the caudal support given with the frog support, helps achieve this effect.

Eventing in the EasyShoe Versa Grip