Spring has sprung, and for most of us, the ride season is underway. Now that I’ve got Replika on her ride schedule, she requires very little in the way of conditioning or riding in between events. Don’t worry! I’m not bored. Nope. Remember, I had a short-term yet incredibly severe lapse in judgment that was repeated, twice, which causes me to reflect upon my overall mental health. Masochist? Glutton for punishment? Out to prove something? No one really knows, although I know they wonder. I see it in their faces every time I tell anyone I have two young geldings just starting on the trail. The one I purchased on a whim as a gawky, gangly three-year-old. We’ll let that one slide because I clearly didn’t consider the process of young to going. The other was purchased this winter after being fully away and still in the process of young to going. This one was a cocky, independent and unbroke four-year-old. So not only do I spend much of my free time on one young colt, I know have another. I realized the seriousness of the situation on Saturday, when I was watching the newest young gelding running free across the ranch compound after pulling back from me for having the audacity to pick up his right front foot. 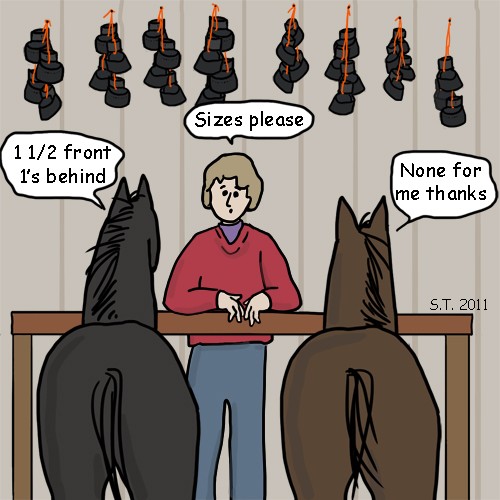 Currently I have been riding both geldings barefoot on the trails, but decided to properly size them for their own special set of Gloves before I really start ramping up the training miles. I find it’s easier to use an afternoon to trim and then fit for boots, instead of scrambling to get things done when they’re needed. Thus the picking up of Charm’s front feet. Needless to say, I got him trimmed but no boots fitted. I thought it was best to stop on a good note, before I brought home several hundred pounds of horsemeat for dinner. The thought did cross my mind but then I thought that sounded like way too much work so I settled on depriving him of any goodies and not feeling bad for him the next day when it was 45 degrees and pouring down rain. Hump. That’ll teach him! 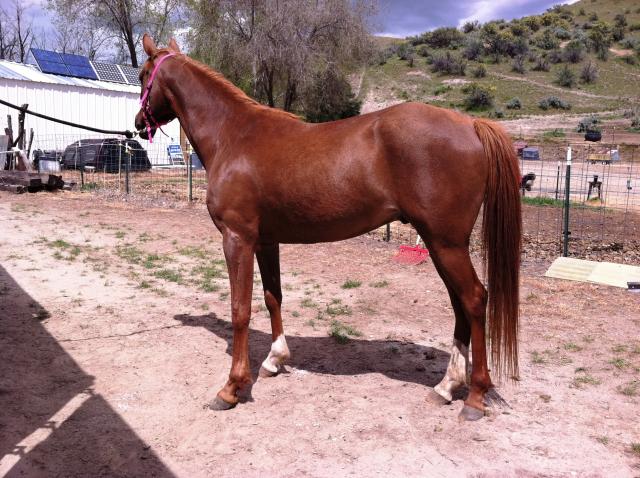 In hindsight, I realize Charm’s attention wasn’t on me from the start of our “bad day.” The next boot fitting session will follow a hard work session 🙂 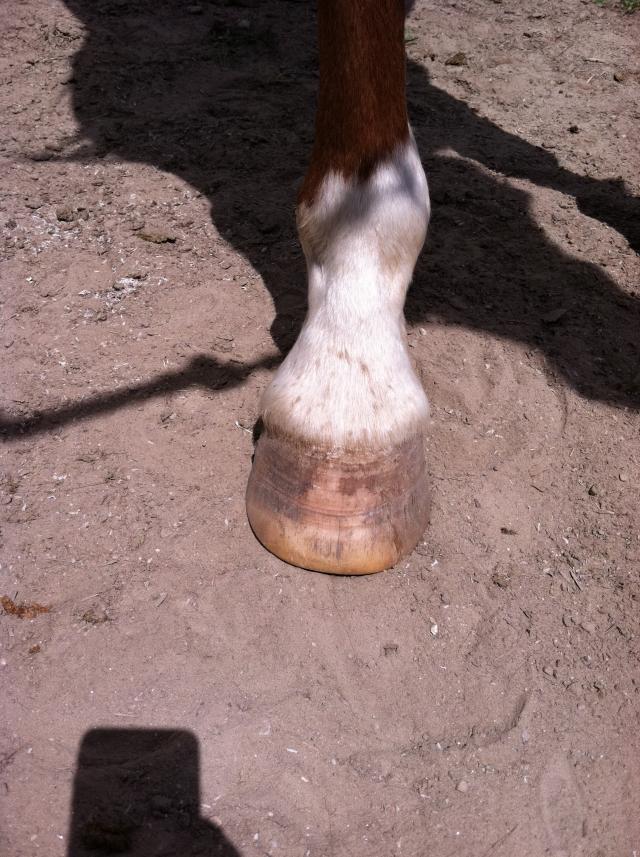 I did manage to knock off the flare on the medial side of the right front, but I didn’t get much more done than that. Oh sigh. However, this will make boot fitting an easier and shorter process for the little ADD boy. 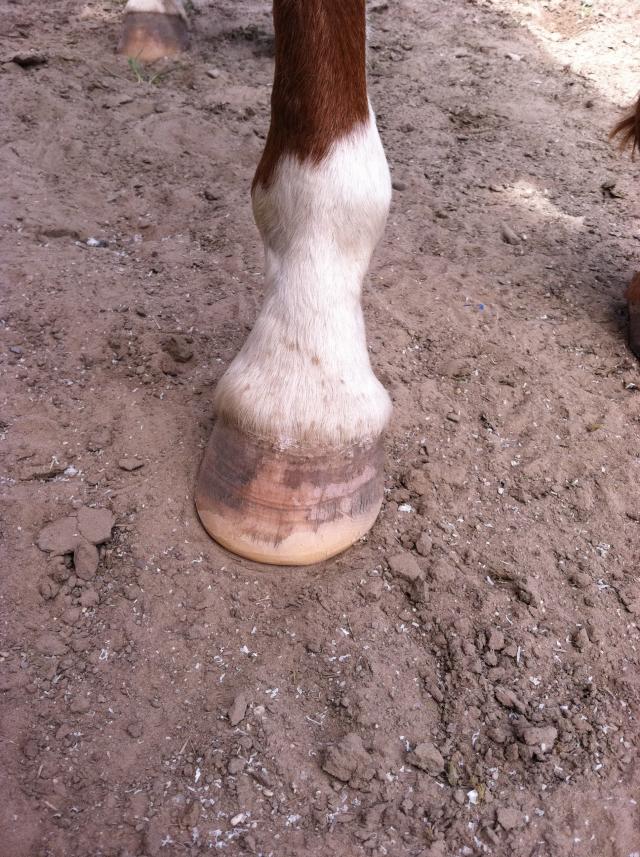 So today was Topper’s turn. Topper is the older of the young geldings and the one I have been messing with for two years now. While he is very insecure and needy, he consistently tries *really* hard to please and all of his misbehavior is due to fear and not defiance. Last week I took The Top on his first ever solo ride, and he was brilliant! Hoping to repeat last week’s performance, I pulled him out of the pasture this afternoon. As I just trimmed him last week, I figured his foot would be in a good phase to fit to boots, and then I could ride him to test them out. 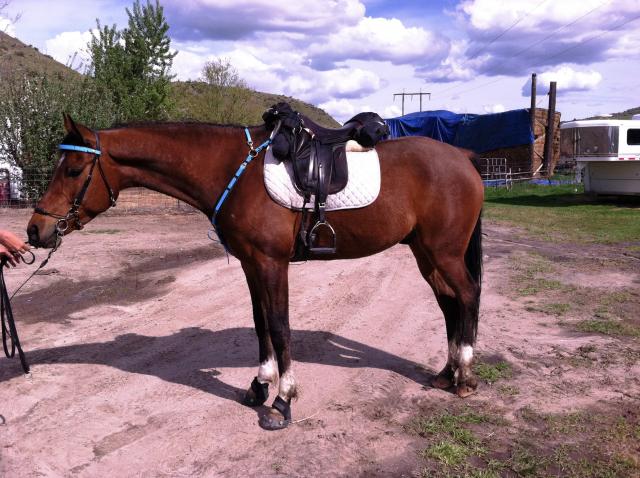 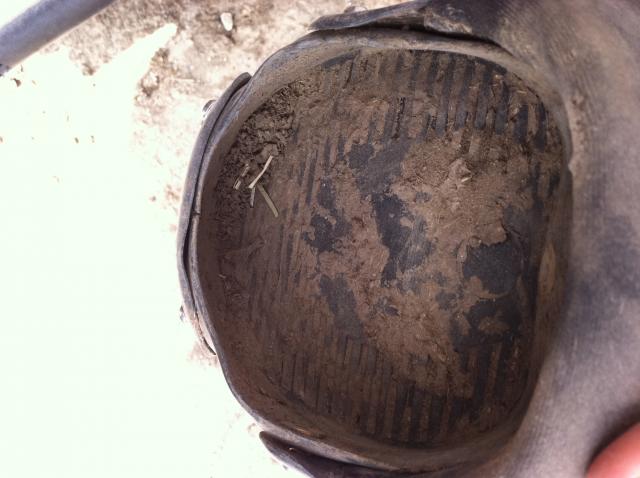 Check your trial boots carefully- a bit of set-up dirt in the toe can really affect the fit of the boot.

Topper has always had feet that I have battled. Given the fact he’s ridiculously tall, he adopted the left-foot-forward-right-front-back stance that causes a high/low and requires vigilant trimming. His right front (steeper) foot is also a bit smaller than the left. The coolest thing about the Easyboot Gloves is the fact they come separately, which allows for mix n’ matching sizes. I eyed his feet and pulled a pair of 1.5’s out of my bag. They twisted on fairly easily, despite the fact the back of his foot is wider than the boot. There is definitely bulging on either side, but nothing that I feel would be detrimental to the boot or the hoof. Unfortunately, like many widefoots, the width that fits often means the length of toe is too long, which was exactly the case for us. However, with the Easyboot Glove Wides coming out this summer, I suspect we won’t have to worry about this for long. 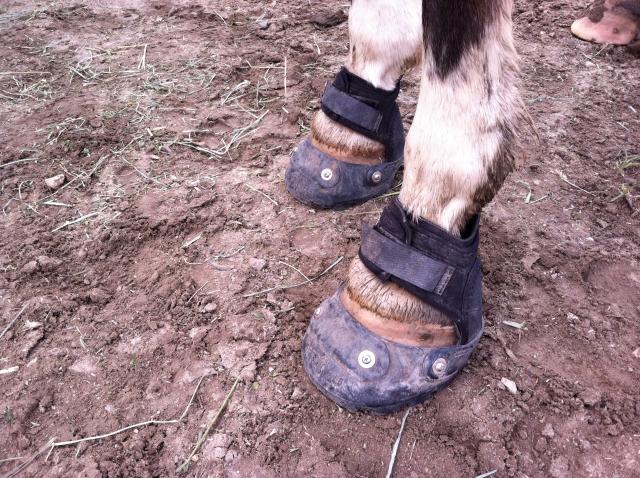 Despite the fact the 1.5 was obviously not a good fit on the steeper foot, I took him out in it anyway. The width of the 1.5 on that foot was perfect, but the toe was much too long. When we got back from our ride (second solo ride and he was so good! This guy seems to like being alone which is good for me!) the boot had much more dirt in the toe than the other. The extra length caused him to catch that toe a few times, but this could also be attributed to the fact he’s been ridden in boots, um, never. 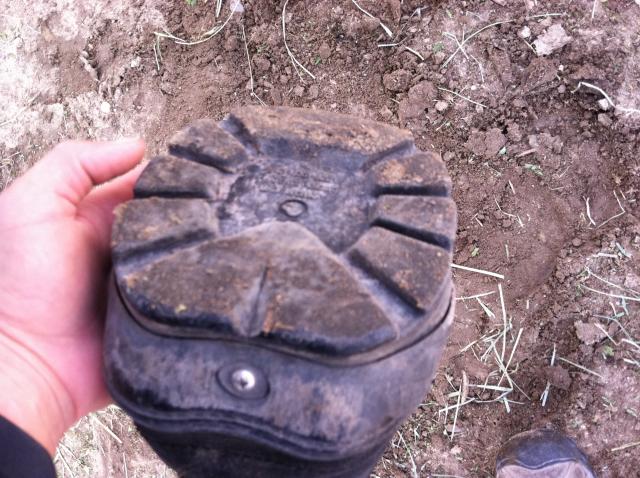 Bulging on the sides. 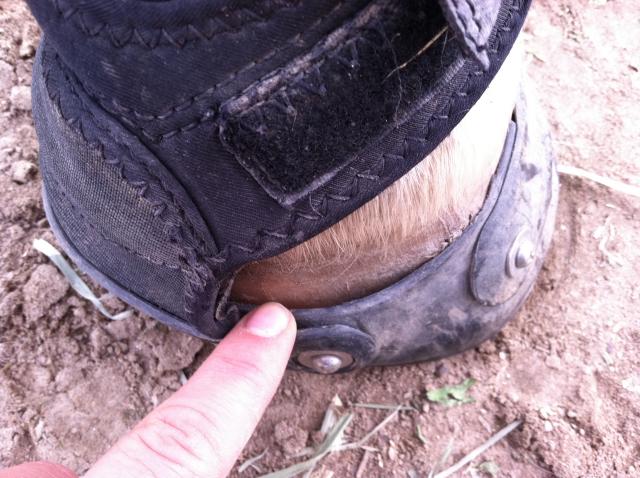 A bit of gap at the side. 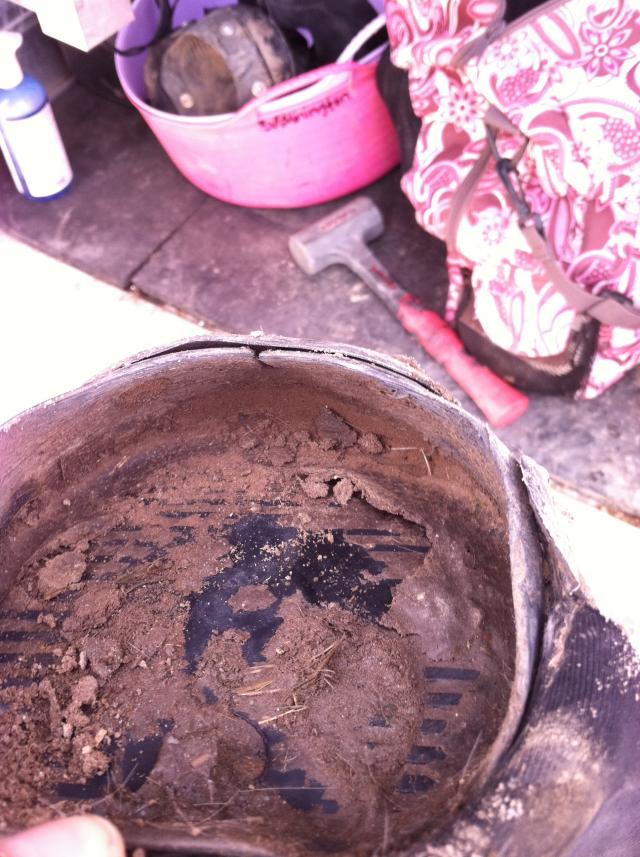 Excess dirt in the boot after a ride. If the boot fits properly, little to no dirt should be present upon taking off the boot. All these little clues lead to excellent boot fit!

When we got back from our totally awesome ride, I pulled the right boot and decided to try a 1 on it. Like the left foot in the 1.5, this foot was also too wide for the boot but the length was a better match. For now, we’ll be using the 1 on the right and 1.5 on the left. I anticipate the size 1 Glove W’s will solve these problems. 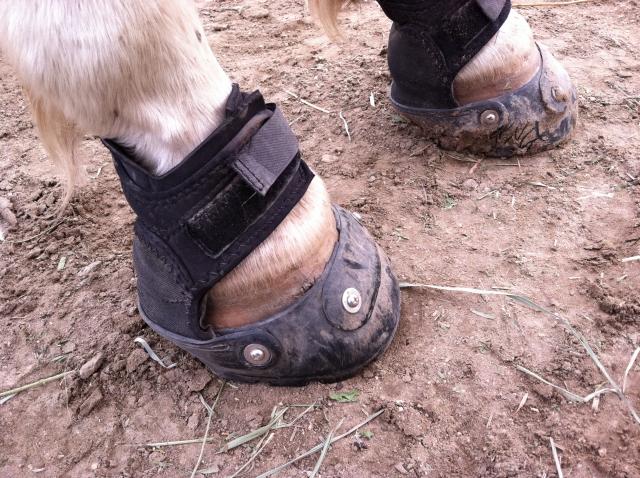 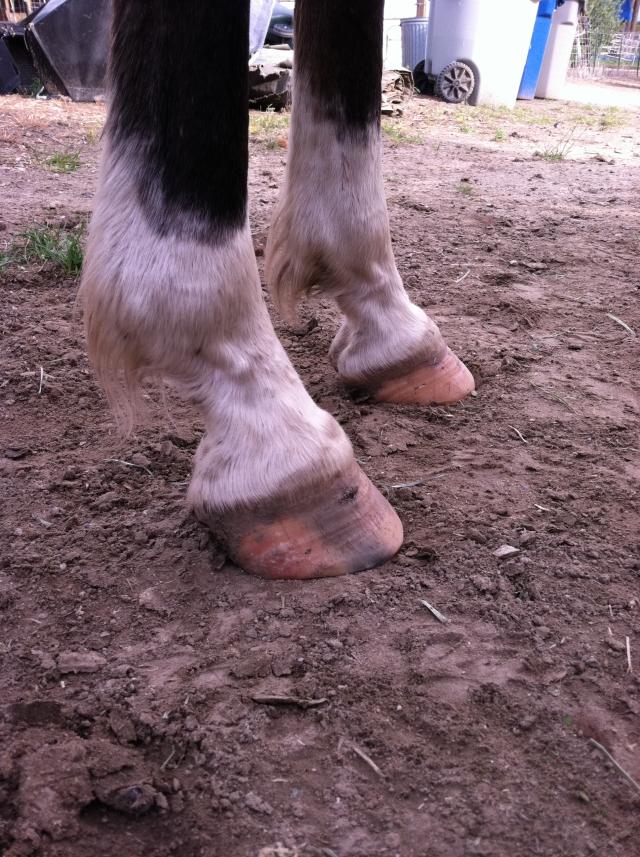 Bare feet to compare with the booted feet.

Boot fitting is a difficult process because the measurements of length and width of the foot give no consideration to the angle of the toe, length of heel, etc, etc. This is where the fit kit available from Easycare is invaluable! Please utilize this tool and happy boot fitting!