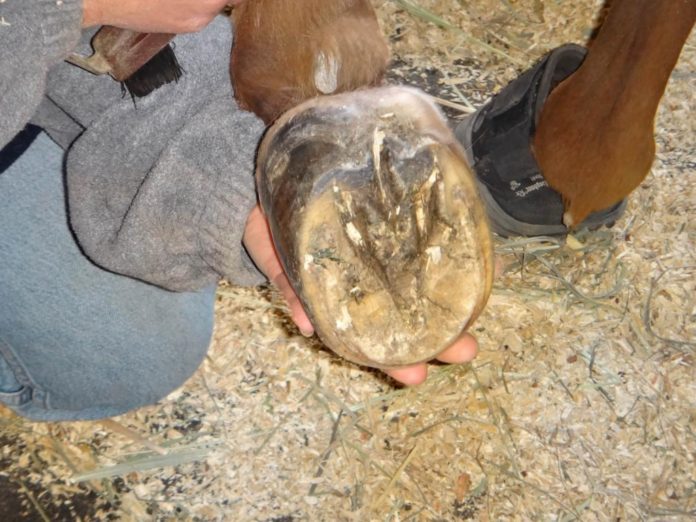 Submitted by Christina Krueger, From Hoof To Heart

Pippi is a middle-aged Morab who had been chronically foundered for about two years before I met her in January of 2013. The first pictures show what her owners sent to me before I came to trim her. There was way too much hoof left on at each trim and her trims were six weeks apart. She was living in soft ride boots all the way around and was barely able to walk at all. 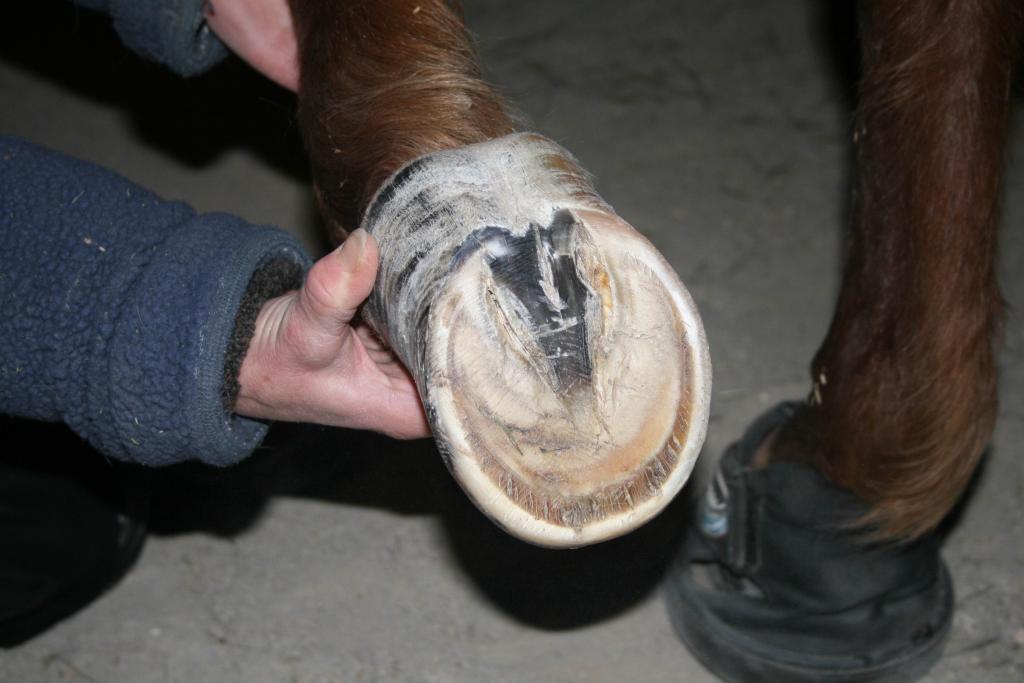 The very first thing I did was take the toe back to relieve the pressure on at the toe from the lamellar wedge and I beveled the heel a bit.  Her feet were rock hard from being in boots for so long so I had her owner start using Kaeco Epsom Salt Poultice to start softening the sole before I came to trim. I also put her on a ten-day trimming cycle to start and we moved it out a few days at a time so that I could make the drastic changes that were needed slowly. 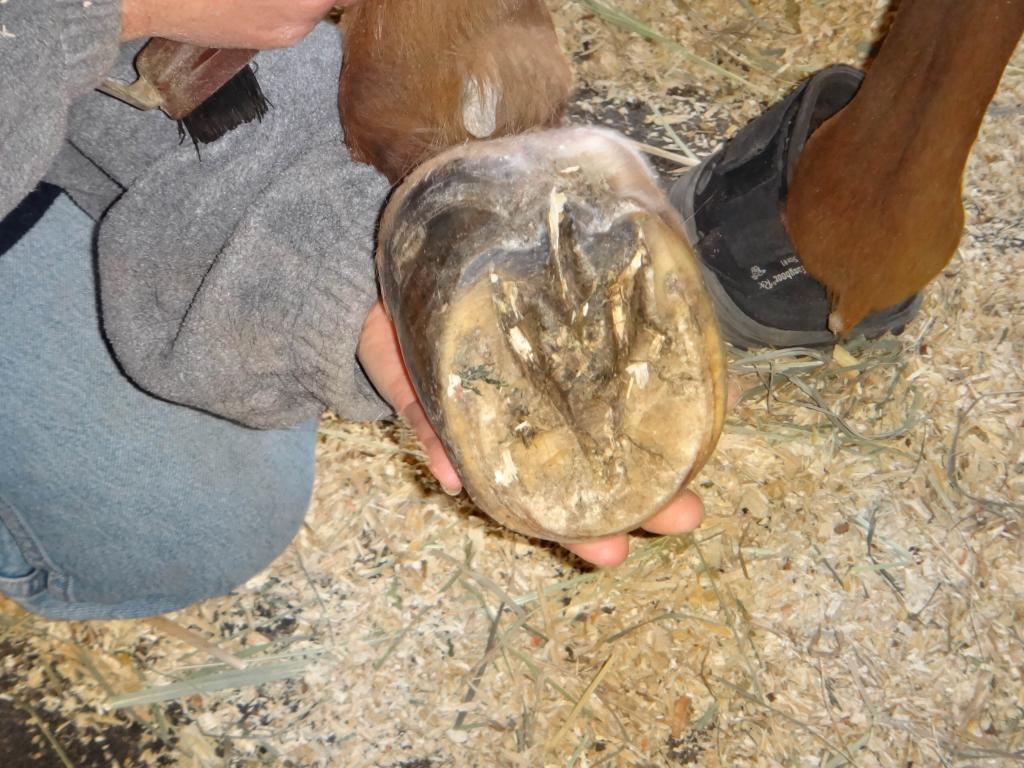 A huge help in her progress has been switching to the Easyboot Rx. They are lightweight, and the soft bottoms of the boots made her more comfortable right away once we got her in those all the way around. After a few months we were able to take the hind boots off and not long after she was completely out of boots and standing on her own four feet. That summer, her owner was able to ride her in Easyboot Gloves for the first time in years. The pictures are about four months apart, so you can see the gradual widening of her heels as we took off inches of hoof material and her foot regained some blood flow. 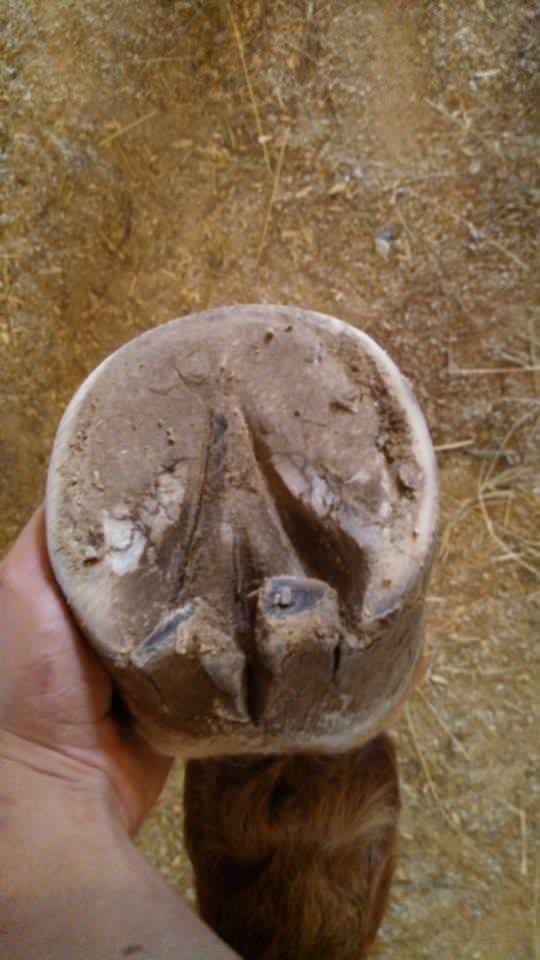 She has since had some highs and lows. She has been diagnosed with insulin resistance and has had a tough time when we have suffered our “polar vortexes” and had extreme heat. Most times, she will have to go back into her Rx boots in front again for a few weeks and then will recover. She as had an abscess which was able to be poulticed easily with her boots. She did have a rough patch recently when we started getting sub-zero temps here in Illinois and I had to put her trim off for a week or so. She was better once I trimmed her, but the Rx boots have been so helpful for the owner to have in times like that.

Pippi has a fighting spirit and her owners are willing to do whatever it takes to make her comfortable.  Those two things have made me so grateful to work on her and see her thrive when it looked like they were out of options. I’m looking forward to the release of the Cloud Boots because I think they will be a great boot for her owners to have on hand.

Why You Can Rely on the Rx