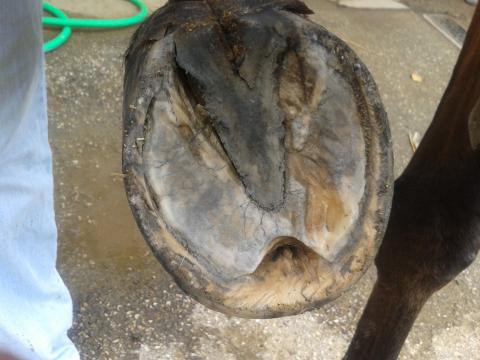 My horse Lutin (Imp in English), was barely able to walk for several days and on June 30th, my vet discovered a huge abscess under the hoof wall of his left hoof. After the treatment she recommended shoeing Lutin to protect the sole of his hoof but I didn’t agree with the idea.

Since Lutin normally wears Easyboot Epics while we ride outdoors I locally ordered a pair of Easyboot Rx boots. Unfortunately my usual supplier in Switzerland was out of stock so I contacted EasyCare, Inc. in Tucson, Arizona, directly. The boots were shipped from the local facilities; I was able to track the shipment that flew from Tucson AZ to Memphis TN, Paris Roissy France, then Basel Switzerland. They were delivered two days later, which was the very same day the hoofs were trimmed. Lutin has been wearing his new “slippers” since then.

From the beginning, one could see that he felt comfortable in his Easyboot Rx boots. Today the boots are a little worn, but still in one piece and still useable. Considering they’ve been intensely used for more than five weeks, they are remarkably sturdy. 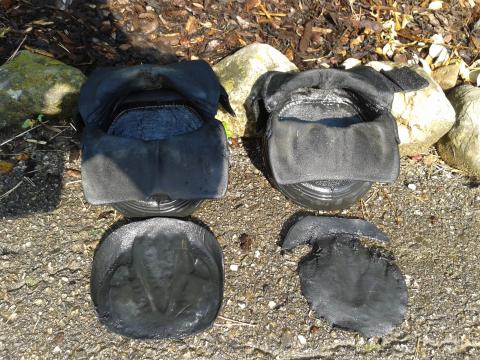 At first I was afraid the hoofs would sweat and would develop bacteria in the boots. It never occurred, the hooves are perfectly healthy and the abscess hole reduced. Provided that I had time to spare, it was worth making the effort to look after the hoof that had to be disinfected and cleaned every day, along with the boots. 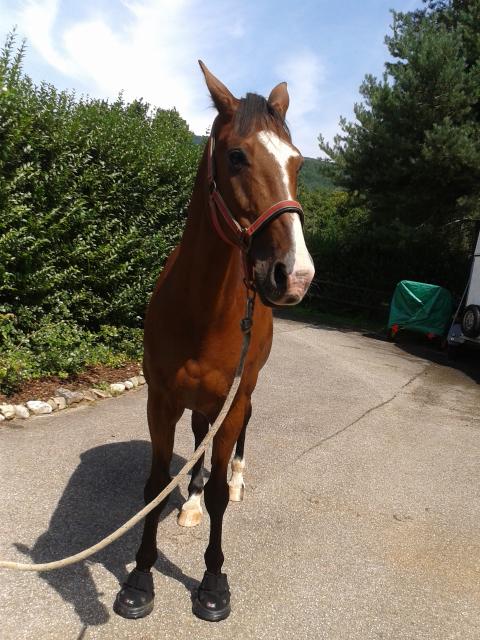 When we are riding outdoors, Lutin wears his usual Easyboot Epics boot and the Easyboot Rx boots are left to dry after complete cleaning.

Why You Can Rely on the Rx

Which Therapy Boot is Right for You?