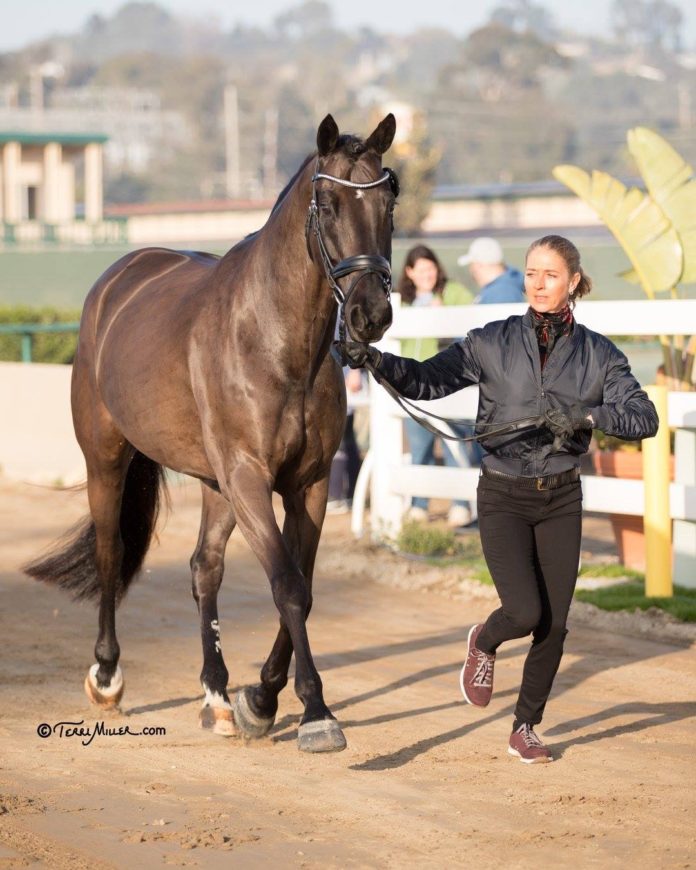 When Shannon Peters contacted me over 6 years ago about one of her Warmbloods in her dressage stables, she knew that a barefoot or booted approach could help. She introduced me to her 3-year-old Dutch Warmblood, with the amazing name of Disco Inferno. Disco had just been imported from Europe and Shannon was concerned that he was already displaying a toe first landing. After discussing his situation and watching him trot back and forth on hard ground, we noted that overall, he wasn’t using his heel properly.

We agreed to pull his shoes and try our best to get a better landing with Comfort Pads and Easyboot Glove boots. That first day we really only got a flatter landing, but our approach is always to strive for positive change and any improvement is improvement. As each step he took became more comfortable he began to load his foot correctly. It was a positive change for him and over time he developed a beautiful and confident stride. 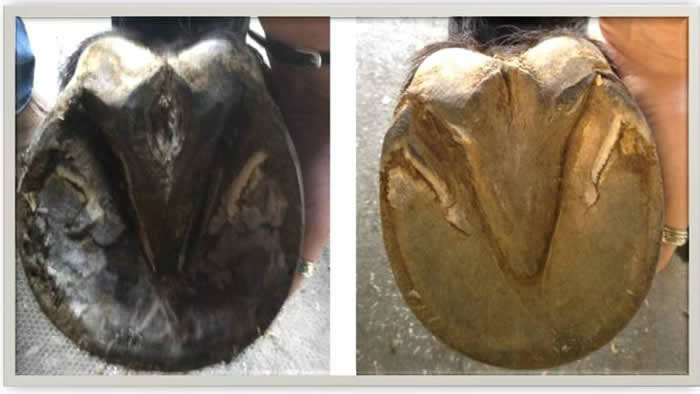 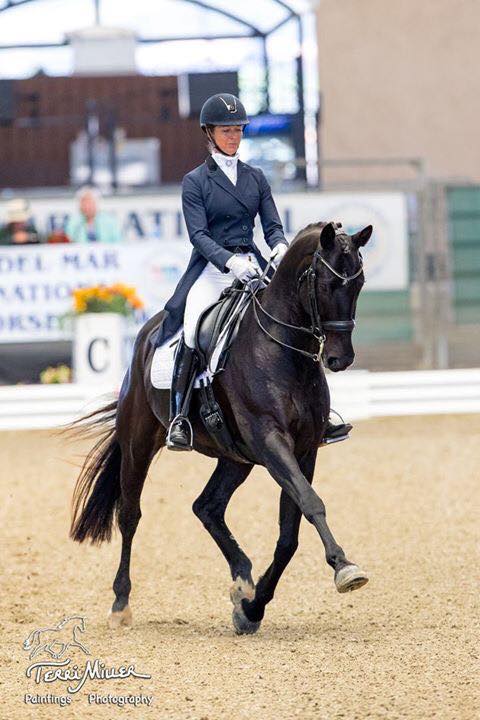 For the first few years Shannon showed Disco barefoot while continuing to train him either barefoot or in Easyboot Gloves. For dressage fans, you may remember a photo of Disco in the February 2013 article in Dressage Today about Shannon taking her horses barefoot. She takes her horses on the trails weekly to keep their minds and bodies fresh and uses Gloves for protection from the hard ground of Del Mar, California. In the last year Shannon felt that Disco was ready to begin showing in the Concours de Dressage International (CDI), an international dressage event recognized by the world governing body of equestrian sports, the Federation Equestrian International (FEI). CDI events require that you present your horse in a veterinary soundness check, aka “the jog.”  The horse is trotted on hard ground on straight lines and hoof boots are not permitted.  They are also not permitted for any dressage competition.

Disco was shown a couple of times in modified Easyboot Glue-Ons but, he seemed to really find his groove in the Easyboot Love Child. Disco has gorgeous frogs and his feet are a nice overall shape, but he has never grown much sole. Shannon and I were so excited to see the positive changes he made with a couple of cycles in the flexible Love Child showing that beautiful confidence in his landings and improved sole depth! 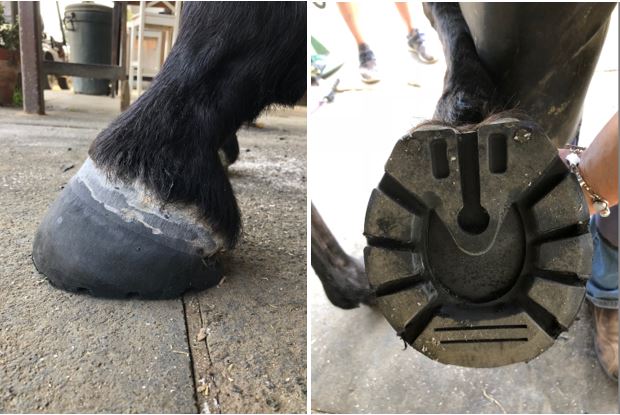 In April, Shannon showed him in his first Intermediare I CDI at the prestigious Del Mar National Horse Show. They did beautifully, scoring in the upper 60’s.  Disco even showed off his Grand Prix skills, which unfortunately don’t earn any extra points. Shannon is looking forward to making their official Grand Prix debut this fall.

We are so excited to be a little part of the team for this dancing duo!

What’s the Difference Between the Glove Soft & the Glove 50?