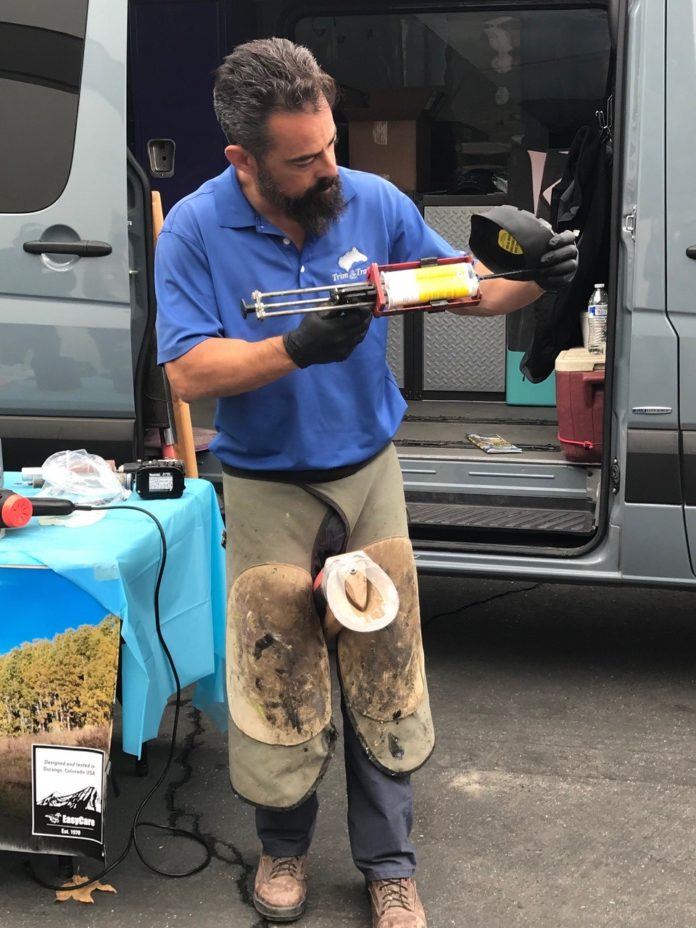 Submitted by Jon Smedley of Trim and Train

About six months ago, our local farrier supply store asked me to do a clinic for glue on shoes. In the past when the shop owner held Saturday clinics usually only five to seven people showed up. On that particular Saturday, we ended up having 57 attendees.

In an effort to build on that success, Canoga Farrier Supply planned an Open House for vendors and product distributors to show off their products and perform demonstrations. They’re located in the North East Corner of Los Angeles County. It’s considered the local shop for farriers from LA Equestrian Center, Santa Anita Race Track, Endurance teams in the Valley and Malibu, Jumping and Dressage barns in LA and Ventura as well as many other farriers in the Southern California Area.

Of course, they wanted EasyCare there to demonstrate gluing techniques! 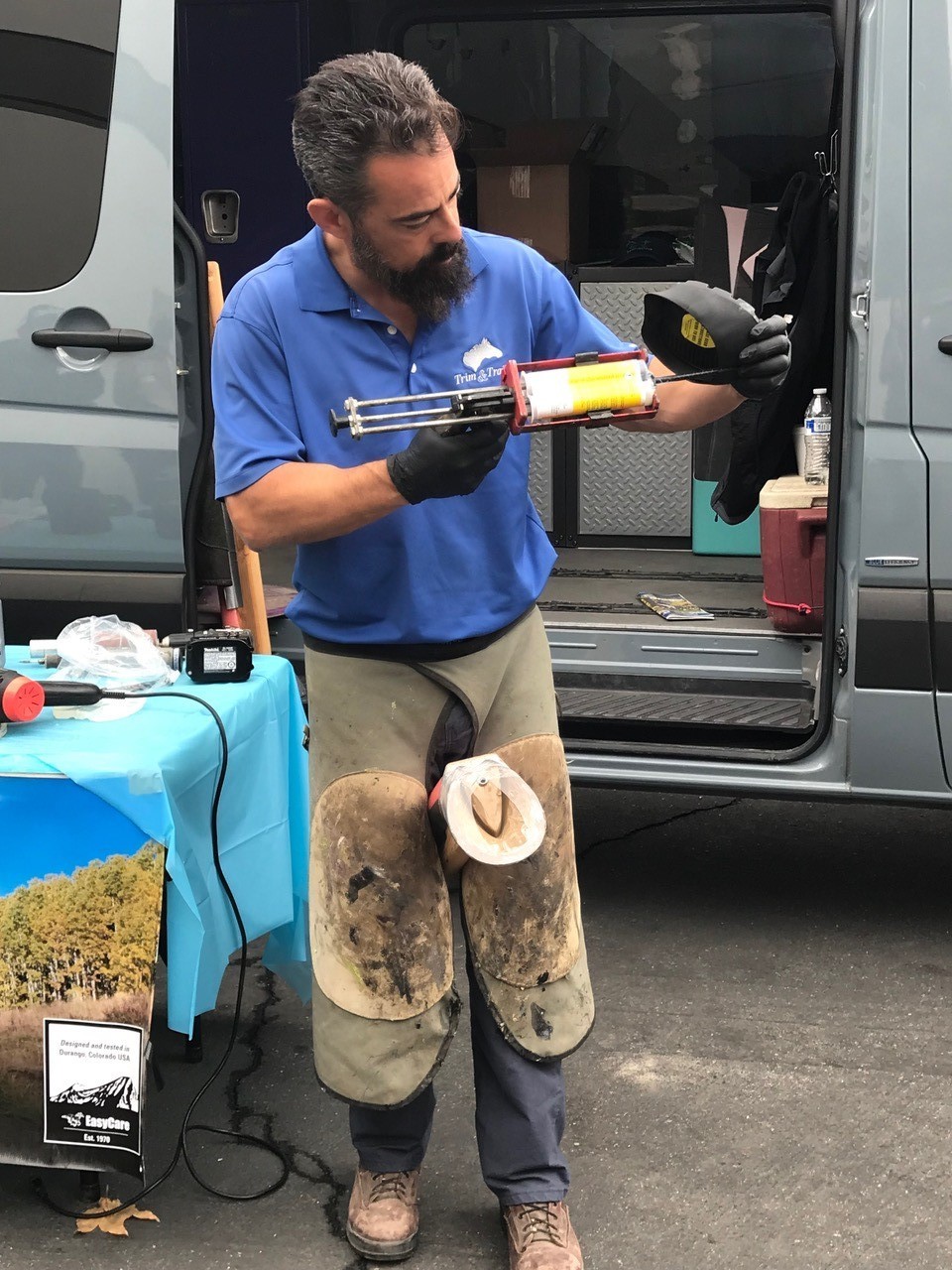 The morning of the Open House was a rare drizzly day in Southern California.

We set up and answered tons of questions on a couple of EasyCare’s newest products, including the Stratus, with its customizable urethane pad, and the EasyShoe Flex urethane shoe. Many of the folks that were interested were from other tables. They were there to show off their products but wanted to learn about the new EasyCare products! 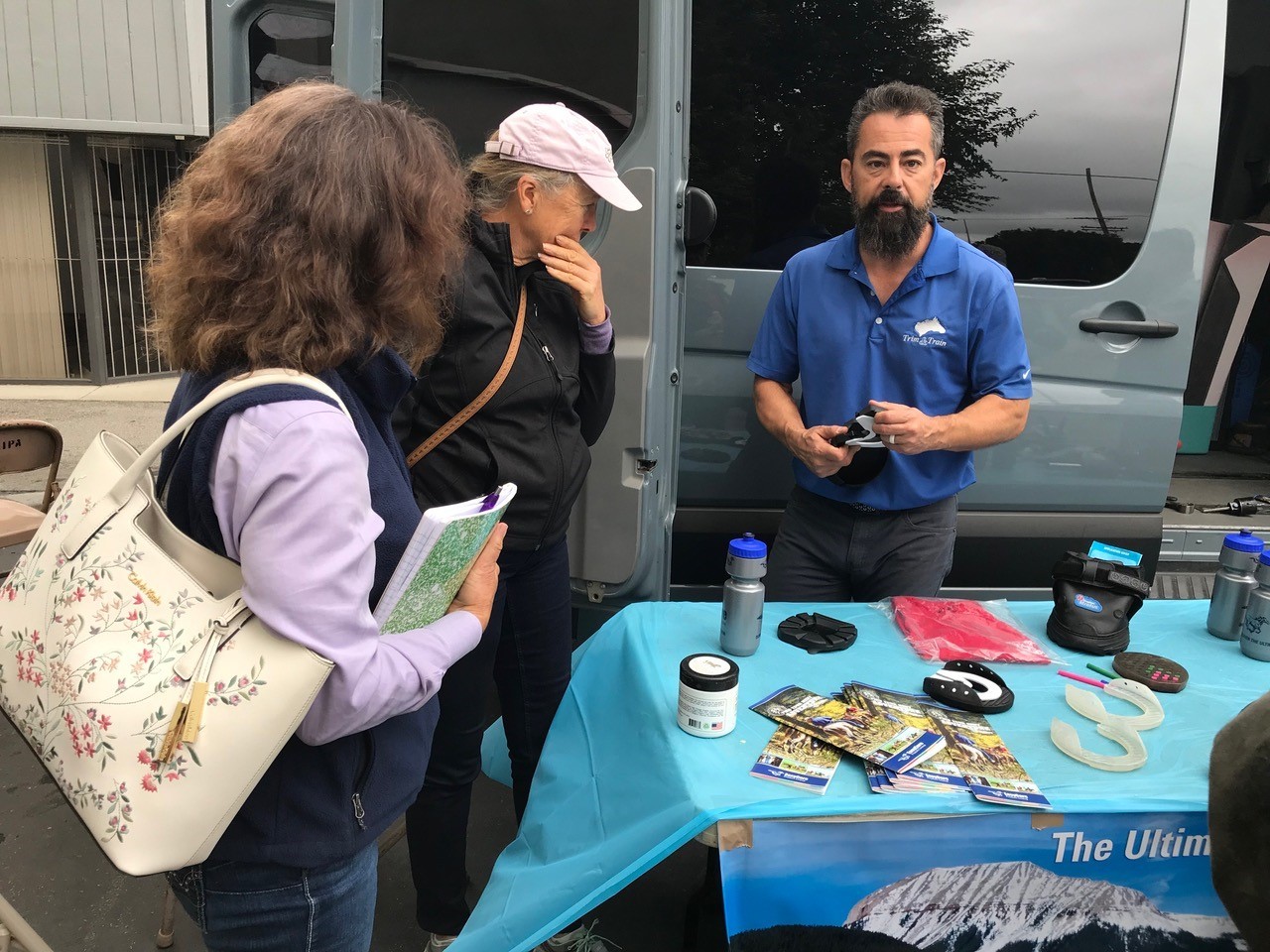 I did a demonstration for gluing on the Easyboot Glue-On shell and the EasyShoe. This is always a lot of fun for me. I often say to myself when I’m done with the demo, “Wow, that was easy,” and then I look at the crowd and I see the same thought in their eyes, “Wow, that’s easy!” The attendance surpassed the initial clinic with over 75 hoof care professionals present. 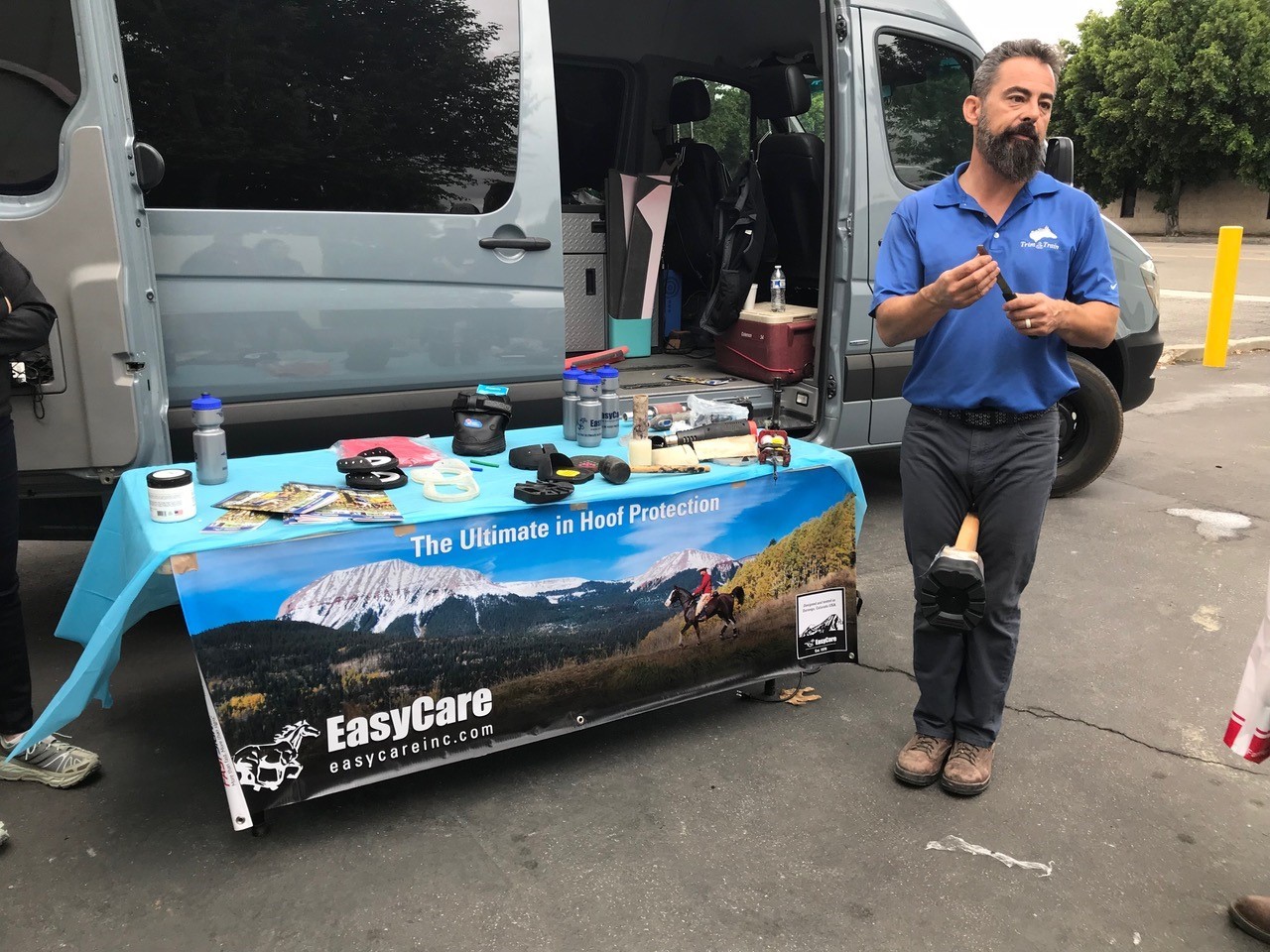 Events at your local farrier supply store, tack store, or even veterinary clinic can be a great way to learn, share and build your network.