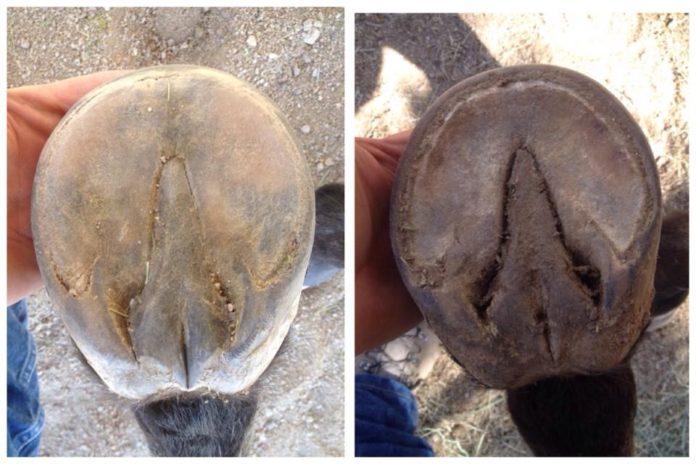 There’s a Quote in the book No Foot, No Horse, by Martin Deacon FWCF and Gail Williams BA PhD.

“… and still the horse is putting up with the same old type of shoe that he has been putting up with for hundreds of years, perhaps it is time we start thinking about ‘Nike Airs’ for horses.”

The horses don’t have to wait anymore.

This was probably the first book I read that got me thinking about the long term physiological effects that trimming and shoeing has on horses. At the time I was just learning to shoe horses, using steel, and had little knowledge of hoof form, function, or anatomy. Until then I had simply been repeating what my farrier had generously taught me without questioning it much. Two years later our 7 year old Quarter Horse, Santo, was diagnosed with late stages of navicular disease. He had severely broken back pastern axis’ in both fronts but It was worse in his right one. 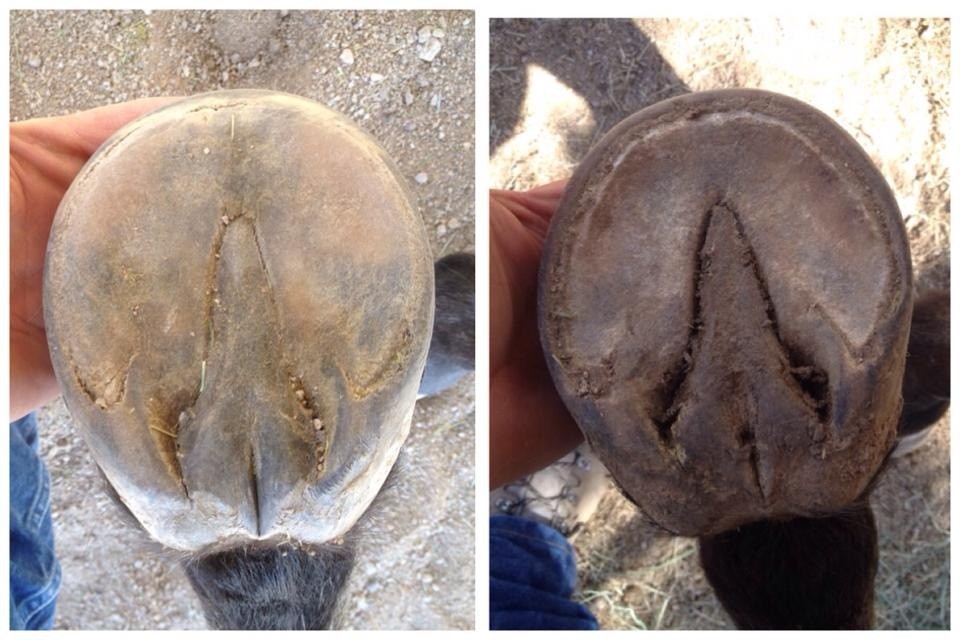 He had extremely long toes, flat thin soles, contracted heels that were also under-run, and thin elongated frogs, and according to the vet our hoof care options were limited and he recommended corrective shoeing. We used the vet recommended farrier and after three cycles of this really expensive shoeing I was informed by another farrier that the method we were using would lead to a dead end. I had been so relieved that Santo was walking again that I had paid little thought to the long term. The uneasy feeling was back so I called the vet and asked him what I should have asked him in the beginning, “How long will these shoes work for my horse?” He replied “You’ll probably get another two years out of him.” That was the end of my relationship with that vet as well as my shoeing career. I realized that if this was where it was headed I wanted nothing to do with it. The next challenge that I faced was figuring out what to do next.

We called an alternative vet and she recommended pulling his shoes, changing his diet and buying a Pete Ramey book. I asked a lot of questions. I wasn’t afraid to be annoying anymore. I took this vets advice and I found a different concept in hoof management: 180 degrees different. I read every book or article I could find.

Santo was the reason I learned bare foot trimming, and his feet got better as my trimming got better. For the next ten years, Santo was the teacher. I developed my trimming techniques based on what I was learning that kept him sound. Prevention is much easier than rehabilitation. I was so proud of Santo and myself, for what we had accomplished, and at the same time I realized that while he would probably last at least into his twenties. I worried a little about what that might look like for him.

When he turned 16 he had a rough year. His hooves began to slowly distort back into their old shape. It seemed that everything I had learned to keep his hooves functional and formed properly was no longer working the same. To make matters worse, one of the mares in our track system kicked him in his good shoulder. This caused him to overload the weaker leg. Shortly after that, he developed an abscess in the foot that he was trying to keep weight off of. After the abscess ran its course I did everything I could to help him build his feet back. I saw minimal improvement. 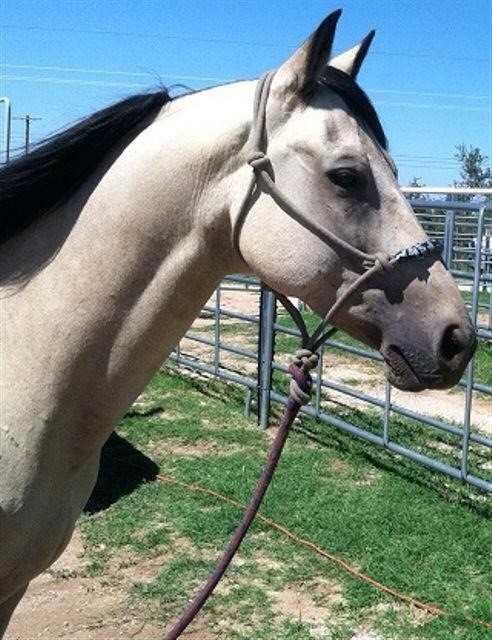 One day I was on the EasyCare Blog and I saw the new design for the EasyShoe. For days I couldn’t stop turning it over and around in my head. I called EasyCare to order a pair but they informed me that they weren’t even on the market yet. I bought a pair of Easyboot Glue-Ons and modified them to replicate this new shoe as best I could. I kept making them myself until they finally became available. I pulled them every 2-3 weeks so I could trim the excess growth and keep him balanced. I gave him up to a week off between shoeings. I figured that I’d keep applying them as long as I was seeing improvements in hoof form and development. I knew better than to judge on performance alone.

Stoicism and willingness are a killing combination for horses. Within months, Santo became a new horse and his feet were looking better all the time. At 17, he was feeling better and more powerful than I’d ever seen him. I believe that it’s possible that there is no limit to the hoof’s ability to develop. We just need to better understand how the hoof/horse works and give them what they need to thrive.

I’m finding that EasyShoes are just as useful for rehabilitation as they are for performance.