The equine world is very diverse, as you all know. It is amazing and humbling the tasks our four legged friends are capable of. At EasyCare we get to talk with owners and help horses involved in all types of events and many times we get asked, “Will this boot or shoe work for this or has anyone had success using a boot or glue on this way?” I enjoy being able to provide accurate information with everyone I speak with which leads me to wanting to test the products on my own horse in different situations, which I have also done with the Clouds and the FLIR camera. 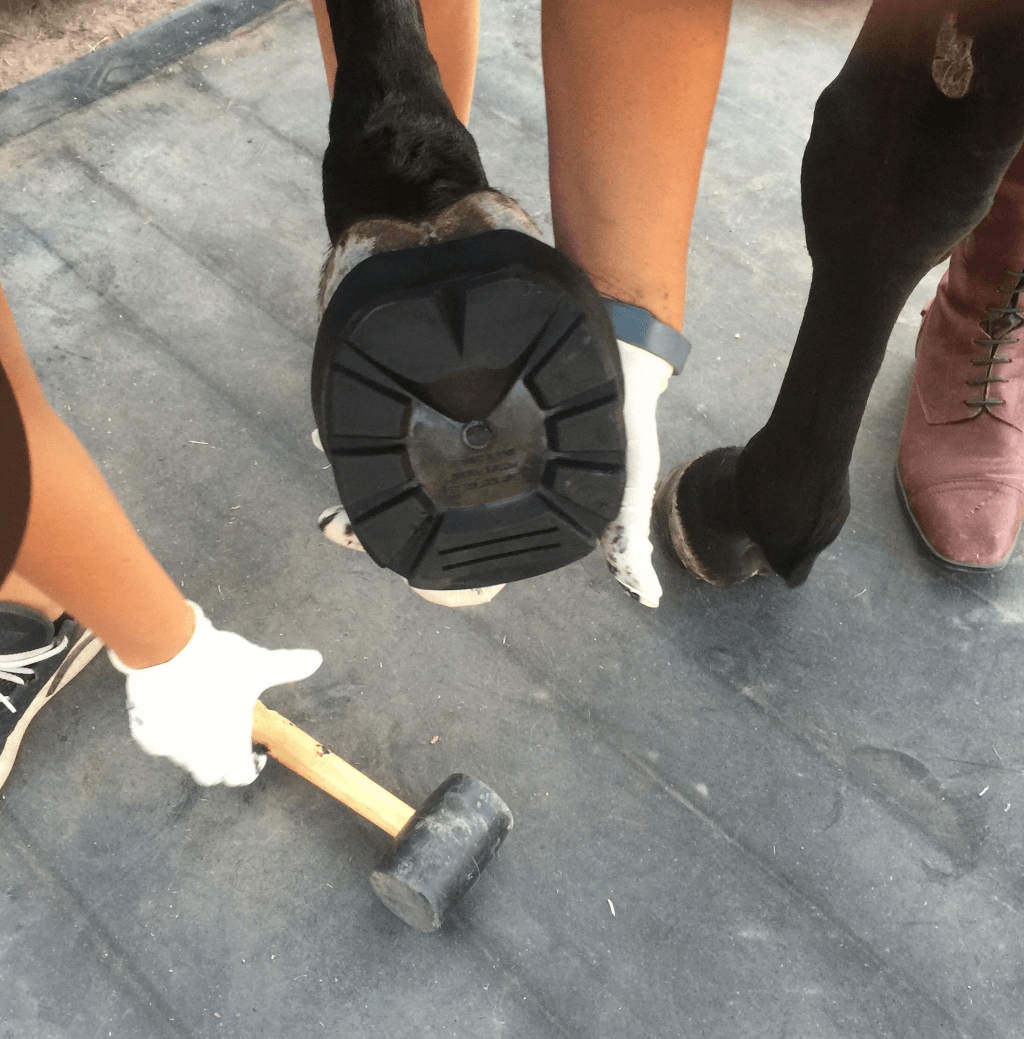 I have most recently been experimenting with the Glue-On’s. I enjoy the benefits of running (barrel racing) my horse barefoot but unfortunately the quality of footing outside of the arena at most of the venues I attend is very rocky and many times has shards of glass, auto body parts, tools, pieces of metal, you name it, it is most likely sitting out there waiting to get your horse. I was concerned she was going to get injured by something running in and out of the arena. Us rookies took it upon ourselves to glue on shells using the same protocol that is shown in our gluing video, that is available on the web page for the Glue-On. It was not quite as pretty as what we would have hoped for but by the end of the night my horse had four shells glued on and she felt great.

I had four days to exercise and work her in the Glue-On’s before I was going to run her at our next event, since I am typically a Glove user I knew that my horse would have no issue adjusting to the Glue-On’s. My main concern was how well they were glued on. We had also been talking about if there was going to be enough traction with the standard Glue-On Shell. When Pete Ramey came to town he had shown me some modified shells that were being used for speed events to allow for more grab but I wanted to try it with an unmodified Glue-On. I have never had a problem with traction in my Gloves when working her but I would be lying if I told you I was not worried one bit about making a run in the Glue-On’s. I was apprehensive when running to first but after she inhaled that barrel all worries were gone. 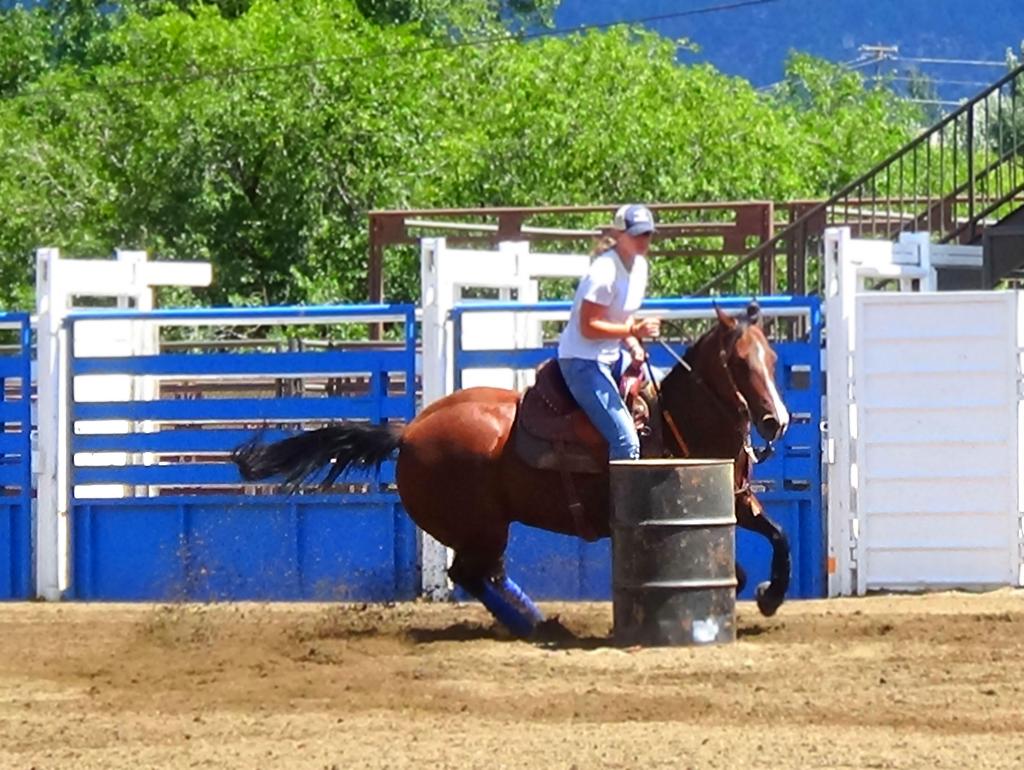 She had absolutely no problem holding her ground around the barrels and leaving the barrels she did not struggle with traction what so ever. Needless to say I will have complete confidence the next time I make a run in Glue-On’s and will have confidence when someone asks me about running barrels in the Glue-On’s.

I also believe this will be a great option for those barrel horses that do not hold shoes well, or for owners that are looking for other types of hoof protection for their barrel horses. There are so many ways to modify these shells. The possibilities are endless. Depending on how your horse works around the barrels, you can modify the boot to exactly what is needed. Have a horse that is recovering from a hoof wall injury or needs a way to keep an abscess completely covered while still being able to compete? The Glue-On is your ticket!