Well, the good news is that after wrapping Uno’s back foot copiously with athletic tape before banging on a size 1.5 Glove, his left rear boot (which he spooked off during our last outing) stayed on beautifully.

The bad news was that I couldn’t get the stupid thing off at the end of the ride. 🙂 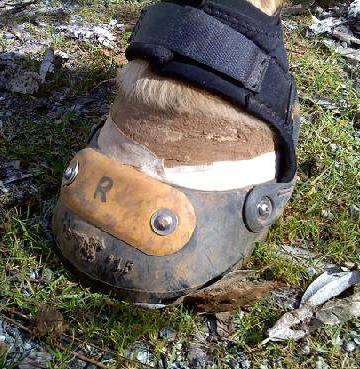 Uno’s left rear foot, wrapped with sparkling white athletic tape (purchased at a chain drug store) prior to our ride.

My friend Leslie and I have been riding mostly barefoot all winter, but mindful of needing to make sure our footwear worked for the up-n-coming 20 Mule Team ride, we both scraped the mud off and applied boots to feet.

We chose to ride from my closest trailhead, along the river road (this is the last part of the Tevis trail and has good footing for long-trotting in the winter), before scrambling up the Training Hill and on into Cool.

The Training Hill is a good workout for horses and boots alike: 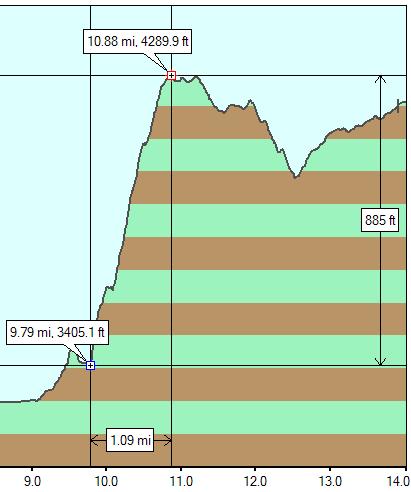 The Training Hill goes straight up nearly 900 feet in a mile, and starts out super steep.

My hope was that the athletic tape would prevent Uno’s left rear from flying off should he:

a) leap forward at warp speed because an imagined eye plucker was about to get him
b) flail around like a stupid because he’s over-fed, over-fit, and under-ridden
c) trip
d) climb a large, steep hill.

The plan worked perfectly. He did leap forward (for reasons unknown) and he did climb a large, steep hill – and the boots stayed on. Flailing was kept to a minimum and although he did manage to trip and flip a front boot off, I’m confident that if I’d taped all his feet, that wouldn’t have happened.

At the end of our 14 mile excursion, Uno and Eagle politely shared a slurpie. Well, tried to, anyway: 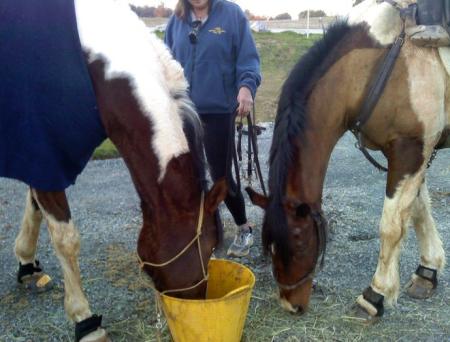 You can just see on Eagle’s shoulder (he’s the one the right) Leslie’s preferred method of carrying her spare tyre – she fastens the gaiter through her breast collar strap (and yes, I am embarrassed when Leslie and I ride together on our “his-n-hers” pintos.)

As the munching progressed, I walked around Uno, removing his footwear. 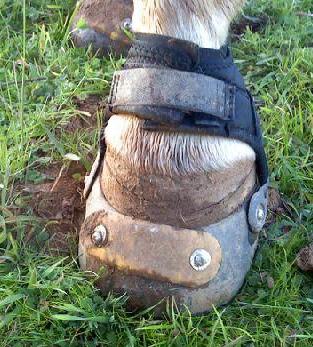 Thursday we are piling into the trailer for the 9 hour trip down to desert at Ridgecrest, California for the 20 Mule Team 100 mile endurance ride on Saturday. The forecast is for a bit of everything, including snow, rain, sun, and wind. At this point I haven’t decided if I’m going to glue Uno’s boots on or just go the athletic tape route – it certainly proved its worth so I have that choice. I’ll let you know how we get on. 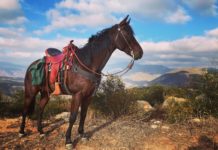 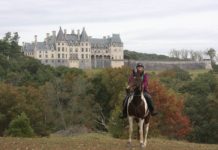