Here are three basic reasons why you shoe a horse: (and a reason to use hoof boots and natural hoof trimming)

Currently there are other types of hoof protection available besides nailed on horse shoes. There are many types of Hoof Boots available on the market world wide. EasyCare carries a variety of boots, Old Macs, Epics,  and the Glove. When comparing the cost of a set of hoof boots to a single shoeing, the cost of the hoof boots may seem prohibitive, however there are several things to look at. First of all the shoe is placed on the horses hoof and so it is constantly being worn down. The protective horse boot is removable and used only when protection is needed therefore the hoof boot lasts longer than a shoeing job does. When comparing the most expensive set of horse boots, you will find that the cost of one set of horse boots is about the same or less that the cost of a years worth of shoeing!Some type of hoof boots have lasted for several years with relatively heavy use.

Many shoes are really slick when on rocks or pavement. A barefoot horse seems to have better traction on most surfaces when compared with a shod horse. For example, a recent story was submitted by a competitive trail rider who says while riding barefoot there were large areas of limestone rocks. Going up steep hills, the rider in front had shoes on, slipped and nearly fell over backwards. The horse suffered a bad cut and was pulled from the ride. The mare who was barefoot did not slip once on the rocks.
In addition riding in parades has never been a problem for this mare, riding along side horses wearing shoes that are slipping and sliding. If traction is needed hoof boots can also provide traction without danger of slipping on hard surfaces.

Now this reason changes depending on who you talk to. Some people believe that gait alteration is a reason to shoe a horse. Usually they come from a gaited horse family and believe that the extra heavy pads and accessories give a better gait to a horse. Others believe that the gait should be natural with out shoes and added accessories. In addition, the naturally trimmed and barefoot horse has less problems with over-reaching and forging.  A horse wearing boots is less likely to hurt himself if he does forge or over-reach simply because most boots are made of a rubber substance and would not be as damaging as a steel shoe if it did come in contact with another leg.

Therapeautic reasons are also claimed as the third reason for shoeing a horse. Today barefoot trimming methods are used to treat major hoof problems of all horses. Hoof problems such as navicular, founder, and even contracted heels have been successfully treated even after all types of therapeutic shoeing metods failed and the horse owner’s are at the point of putting their horse down. Many horses are placed in the hoof boots to get passed the times of sensitivity and for protection as the hooves toughen up. 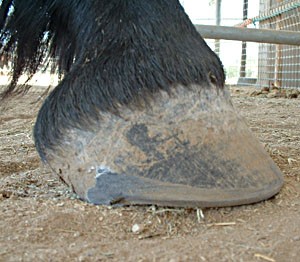 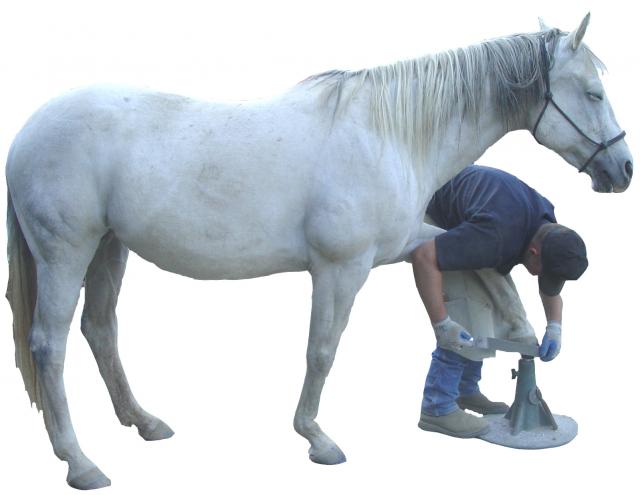 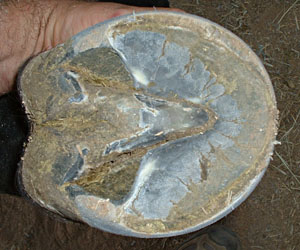