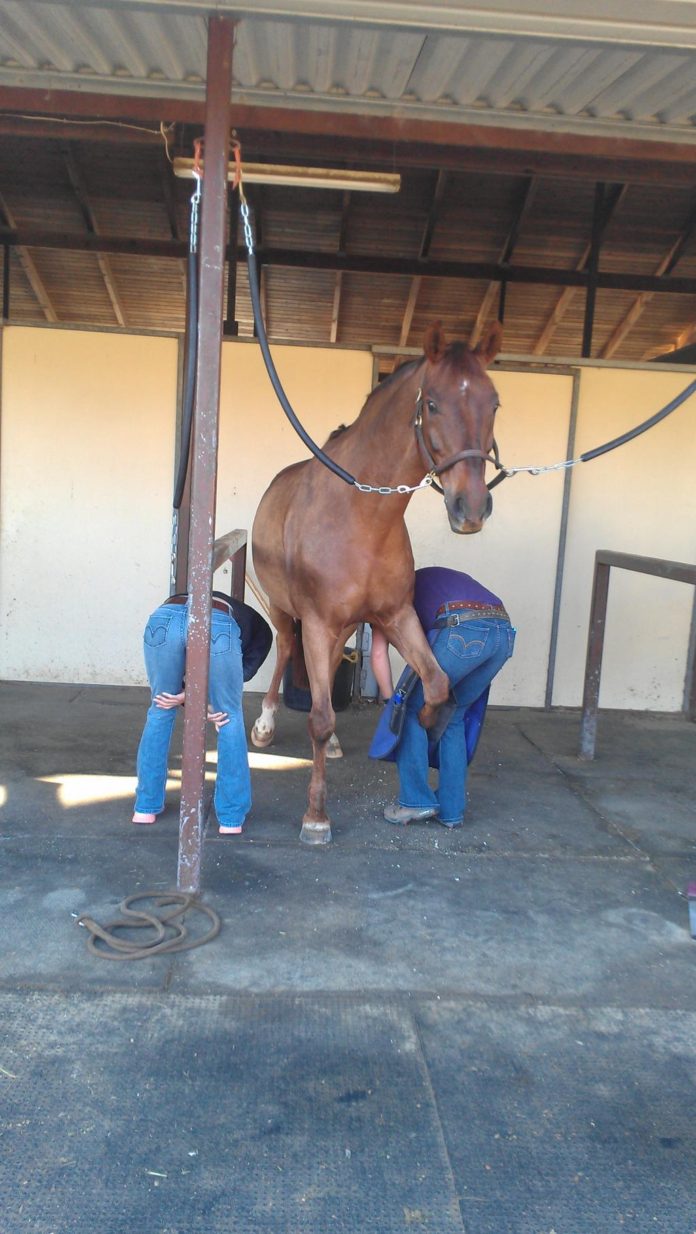 There are a lot of talented trimmers out there and one such gal is Sossity Gargiulo. I met Sossity during a clinic in San Diego at Arroyo Del Mar. At the end of one of the days, I saw a couple of people dart off to the back side of the barn and, like any barn cat, I got immediately curious and had to follow. Curiosity had only killed me seven times. I rounded the corner and found Squishy in the cross ties, getting a trim by Sossity.

Now Squishy is a LOVELY big boy. He looks like he’s smiling, all the time. 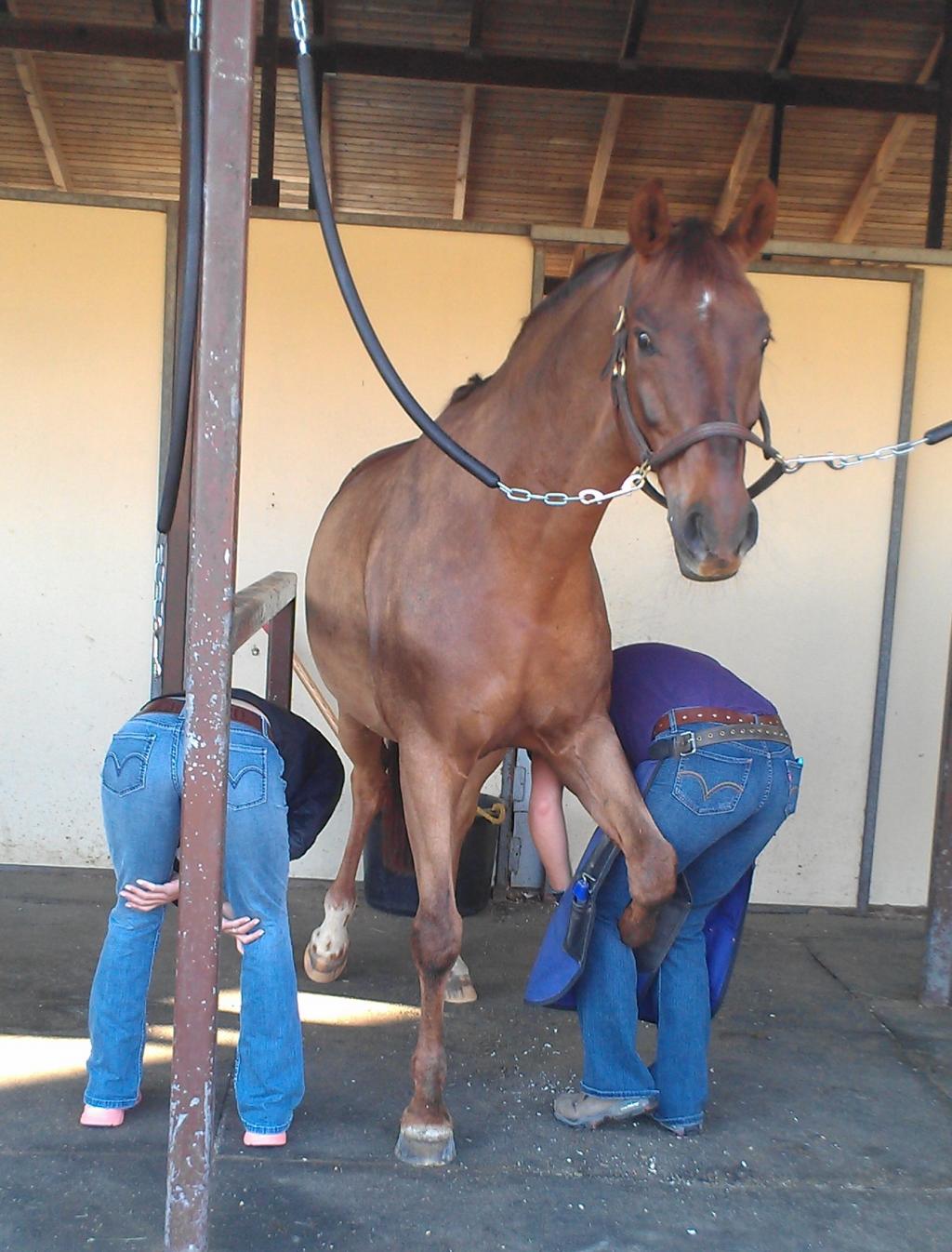 Enter Sossity, a barefoot trimmer out of Southern CA. If you can imagine anyone more sunshiney and covered in purple-everything, I can’t.  A lot of caring farrier work and vet work went into the great boy, but all were having to manage his recurring laminitis and thus, his unstable feet. 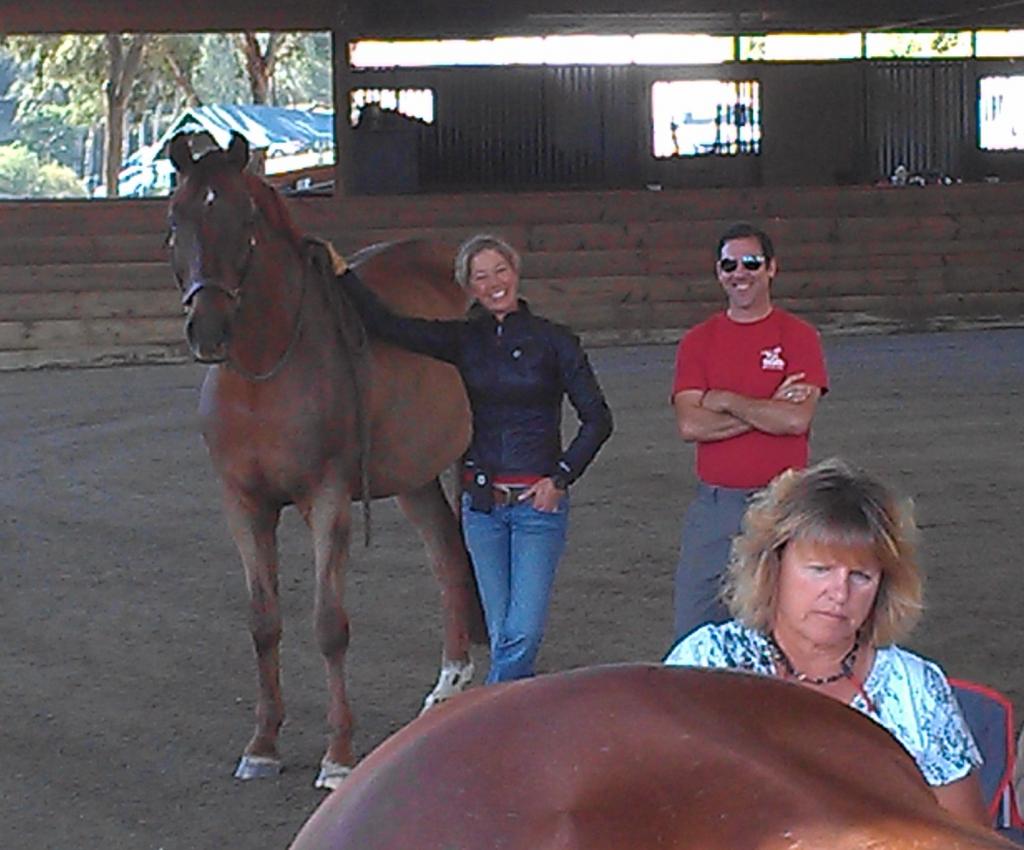 He was living in his Easyboot Rx boots during his bouts of laminitis. Recovery time was spent hand-walking in Easyboot Gloves. Sossity was trimming him regularly and seeing improvement in his new hoof growth and his comfort.

Then Garrett had prototypes of the EasyShoes in hand and Squishy happened to be one that got to trial them. Shannon said, “His feet were not strong in general. He was either great barefoot, or sometimes he wasn’t. Good then bad, then good. It would change.” A big change she noted was that he grew great hoof in his EasyShoes.

During his four years of roller-coastering with laminitis, he had had some rotation, some sinking, inflammation and bouts of egg-shell walking. They managed this well in boots, for comfort and keeping him moving. It’s amazing to see what the protection and comfort of the EasyShoe, coupled with its flexibility, was able to do for his new hoof coming in.

They say, “No hoof, no horse.” I will add to that, “No fantastic hoof work by a hoof care professional and no passionate owner and no specific diet established” and you still have no horse. It truly takes a village to raise a child and a great team of professionals to help a horse. Ernest Woodward, Pete Van Rossum, Mark Silverman, DVM, and a host of others were part of Team Squishy. 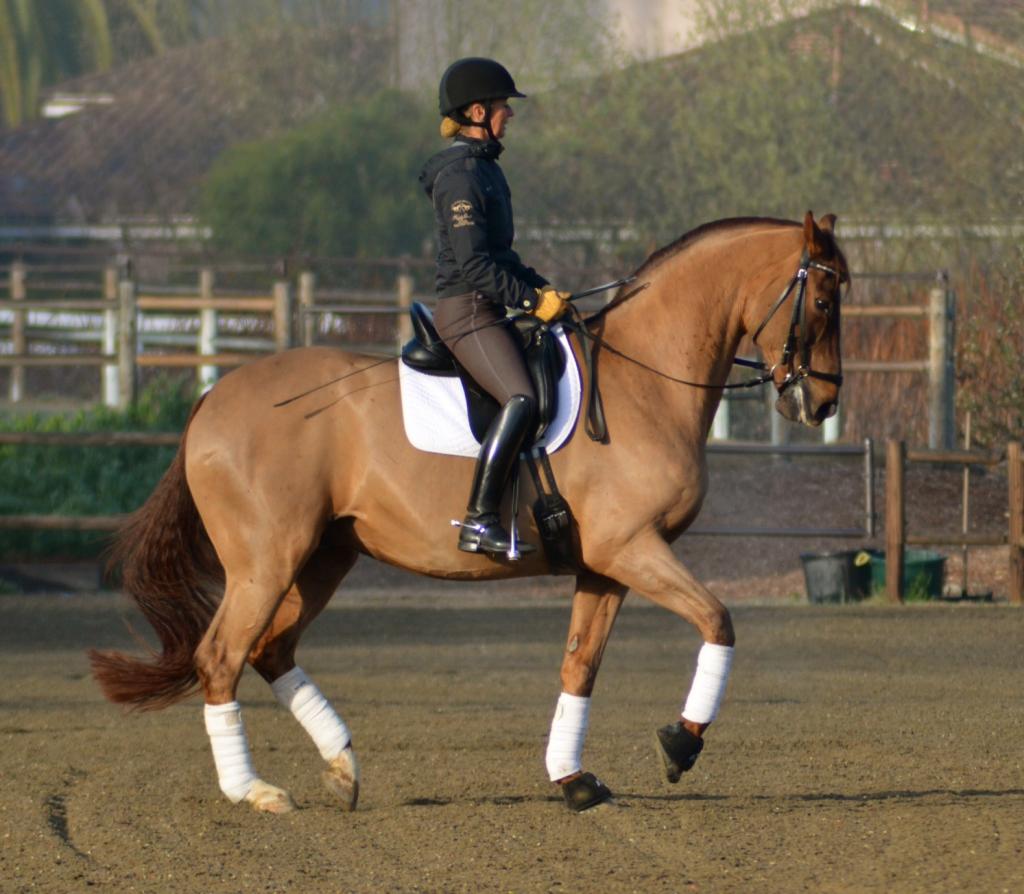 It’s quite emotional for any of us to see a great horse, back to their job they love and doing it with great feet.

Shannon is back to riding Squishy in Gloves and leaving him barefoot otherwise. The EasyShoes were a good tool, for the growth period that he needed them for. We are happy he has a variety of hoof solutions at his disposal. 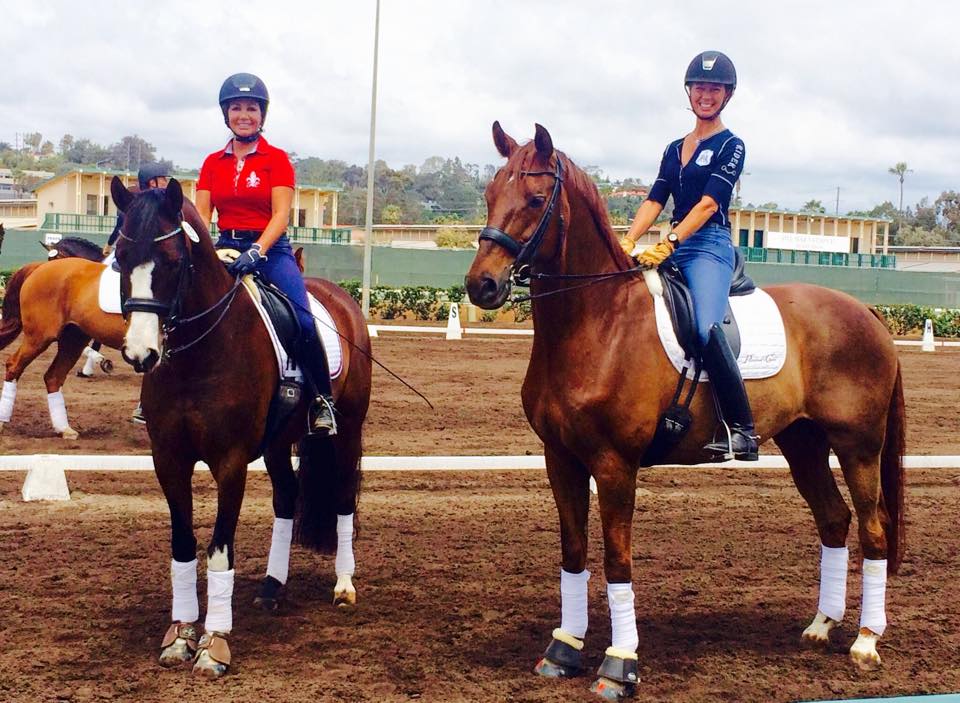 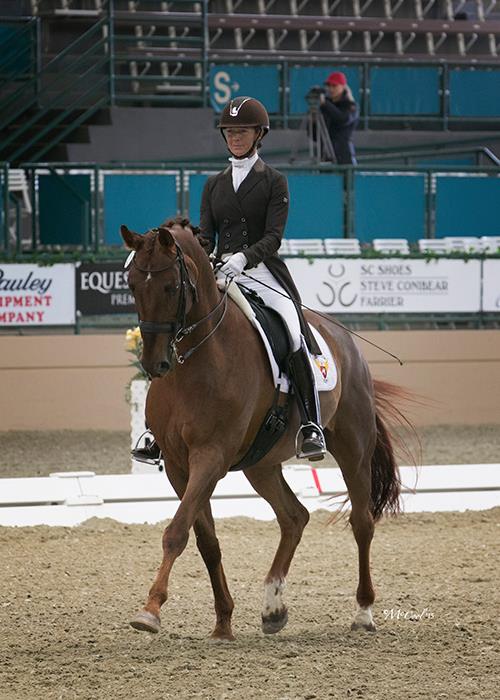 Shannon and Squishy, back in competition. Shannon says Squishy lights up when he gets into an arena. Performing is such a part of who he is. “He gets about a hand taller and he has this presence,” she says. She enjoys riding him, thoroughly. He also looks like he enjoys getting back into the limelight.

We were happy to be part of that ride.

Through a lifetime of “horse crazy” and the fortunate experience of riding nearly every shape and size of horse, I got to see a wide array of hoof shapes and sizes. No Hoof, No Horse is very true to me. I want to ensure that horses on every continent have a variety of footwear to pick from, to ensure the best match is found. I want your partner to be happy from the ground up!