Two days, two horses, eight Gloves and 150 miles.  What a great weekend!  Of course there had to be “issues” to contend with and they all started several weeks earlier.  Nothing really wrong but several things not exactly right got me to thinking and analyzing what might be going on with my big mare Fancy.  She had finished 50 miles at Derby nicely but had not been herself.  The biggest thing however was the way she was wearing her front feet.  Even though she is a bit toed in on her right front she was still not right.

The trimmer came out and so did the chiropractor.  She really needed to be adjusted.  Somehow she was out in her left hip which in turn caused issues with her front end etc.  We gave her time off and set out to figure out saddle and pad fit.  What we ended up with was a Skito cover with an Equigel pad insterted in the pockets instead of the ones that come with the pad.  Much happier horse! Of course with all this going on I neglected to get new boots ordered in time so my indecision as to whether or not to use Glue-Ons was settled.  We would just use Gloves and see how it went.

Friday was a great day and for some reason I found myself really organized early in the day and was able to get to camp by noon.  This left me the whole afternoon to make any hoof adjusments and to get the boots on just perfectly.  Both girls were trimmed the previous Friday.  Since the Washoe ride is notoriously rocky I don’t like to trim too close to the ride.  This works out really well as the boots fit nicely without needing too much tape or muscle. 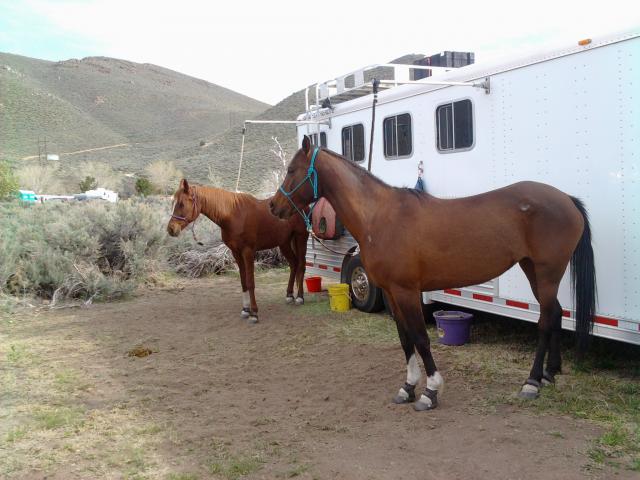 Of course since I had lots of time I had no issues getting boots on and everything went perfectly.  The plan was to ride Fancy both days so I had been on the fence about glueing or gloving.  In the end my poor planning made the decision easy.  The only thought I had was if I should put a bit of Goober Glue in the gloves for a bit more cushion.  She was going to spend 100 miles on pretty rocky rough terrain if all went according to plan.  After consulting with my riding buddy I decided not, having never done that before I did not want to try it out on a ride (cardinal rule number one of endurance – never try anything new at a ride). My friend Teri was to ride May on Saturday and had never used Gloves before so she was very interested to see how these things worked.  Both girls were booted up early and ready to go.  At that night’s ride meeting, we were told that there was a great deal of water on the trail and that a couple of areas were 6-8 inches deep.  This is very unusual for this area so now we had the challenge of really rocky trail with steep ups/downs and now water.  This would be a true test for the fit on the Gloves.

The next day we headed out in the back of the pack.  May was not really happy about this idea and thought that we should move out a bit quicker.  Fancy was calm and collected, showing her sister how “real” endurance horses act (not that she did that at Derby a few weeks ago).  Thankfully, we had a nice long hill and eventually she settled down.  The trail is really, really, really rocky so boots are the perfect hoof protection.  We had no issues at all throughout the day.  Even on the SOBs (famous trail section of three very steep, very rocky, slick up/downs).  We ended the day riding in nice soft sand though which was a treat.  Not one boot issue all day on either horse.  They both finished with solid vet scores and compliments from the vets.  One hundred miles down. 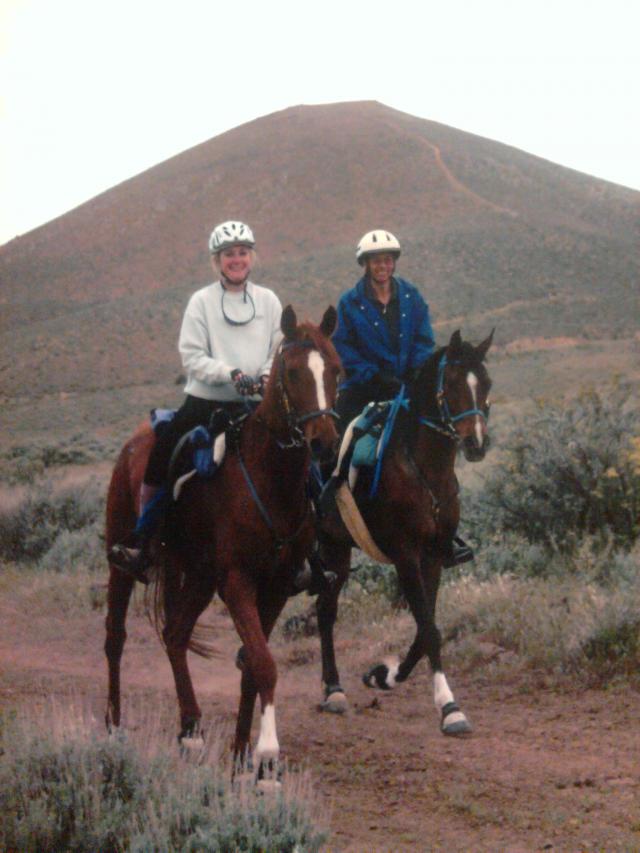 That night I took off May’s boots since she would be off the next day.  Just like at Derby her legs looked great without one rub anywhere.  Teri was mighty impressed.  I washed Fancy’s legs off and checked her boots as well.  Hers were on so well I dared not mess with them so I just loosened the gaitors and let her rest.

Sunday was another really great day.  The trail is slightly less rocky but no less hilly and we still had to go through the water spots.  There is one climb that just goes on and on but at the top you are treated to some of the most amazing views.  Well worth the long climb.  Again, the Gloves did great.  Another 50 miles down and not a rub to be found.  I think that the gaitors actually help to protect the pastern and fetlock in the rocks as well.

Towards the end of the day, after 100 miles in really rocky terrain, Fancy was beginning to look for ways around rocks.  In hind site I think I would go ahead and use some Goober glue in the Gloves.  She was not tender footed at the vet out or the next day but I think that it would have given just a bit more protection.  I don’t mind the Goober Glue so much as it is fairly easy to clean out of the boots.  The Gloves are just easy and so reliable that it is hard to make myself do more than I need.  The boots wear really well and I find that I can get several hundred miles on them before I have to be choosey about the terain they are worn in (i.e. would not use a 1,000 mile set on this rocky of a ride). 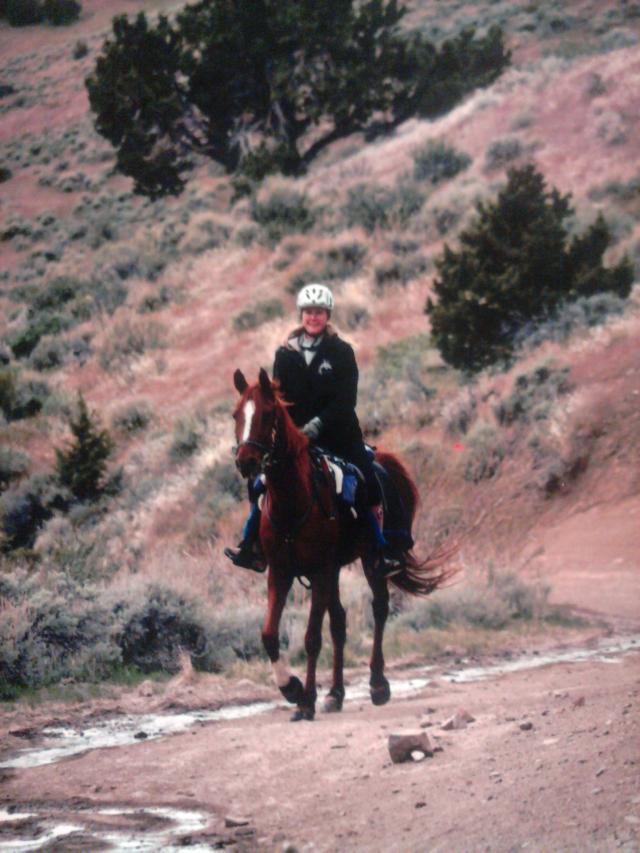 The custom-made saddle pad worked great and Fancy was a happy horse all weekend.  I was so proud of her.  The last 7 miles of the ride she really wanted to go and I had to hold her back so that we did not leave our partner behind.  She finished the ride with a 36 heart rate and all A’s.  So she was declared ready for a 100 miler at the end of the month.

All in all a great weekend!  Loads of great friends, healthy happy horses and another perfect weekend with Gloves.