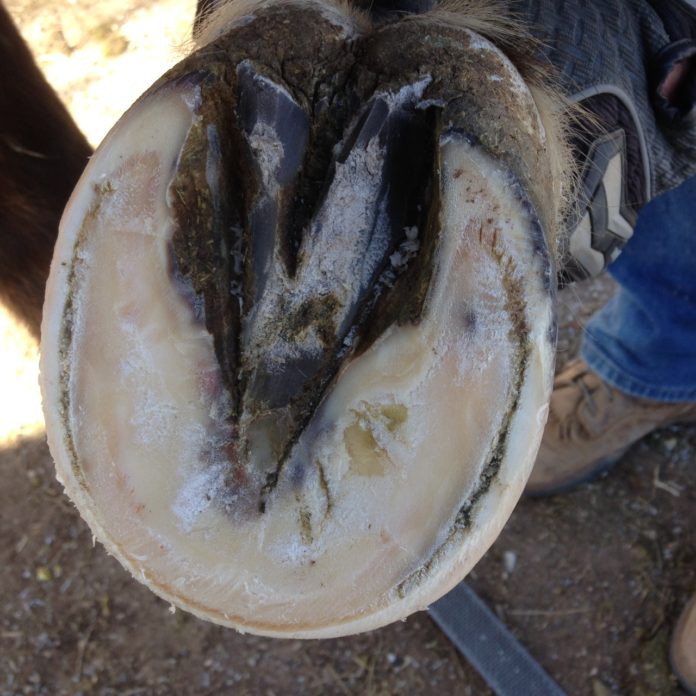 Today I thought I'd share stories of the heart, Heart the horse that is, who is a 17 year old Arab.  He was found in a Colorado pasture that had no grass, so as you can imagine, he was pretty emaciated.  His shoes had been left on him so long that some had simply fallen off.  This was back in 2009.  Poor Mr. Heart vowed he would never go hungry again!  Eating is now his MOST favorite thing to do.

At first, he was trimmed and shod.  In 2010 he moved on to barefoot and booted.  The trick was lowering those heels so his Easyboot Gloves were comfortable.  He is not a heel first landing type of fellow.  He lands quite flat.  I'm guessing that is why it took awhile to get away from the heel contraction even after going barefoot.  Six years later, the frogs are better but not the full frog we like to see. 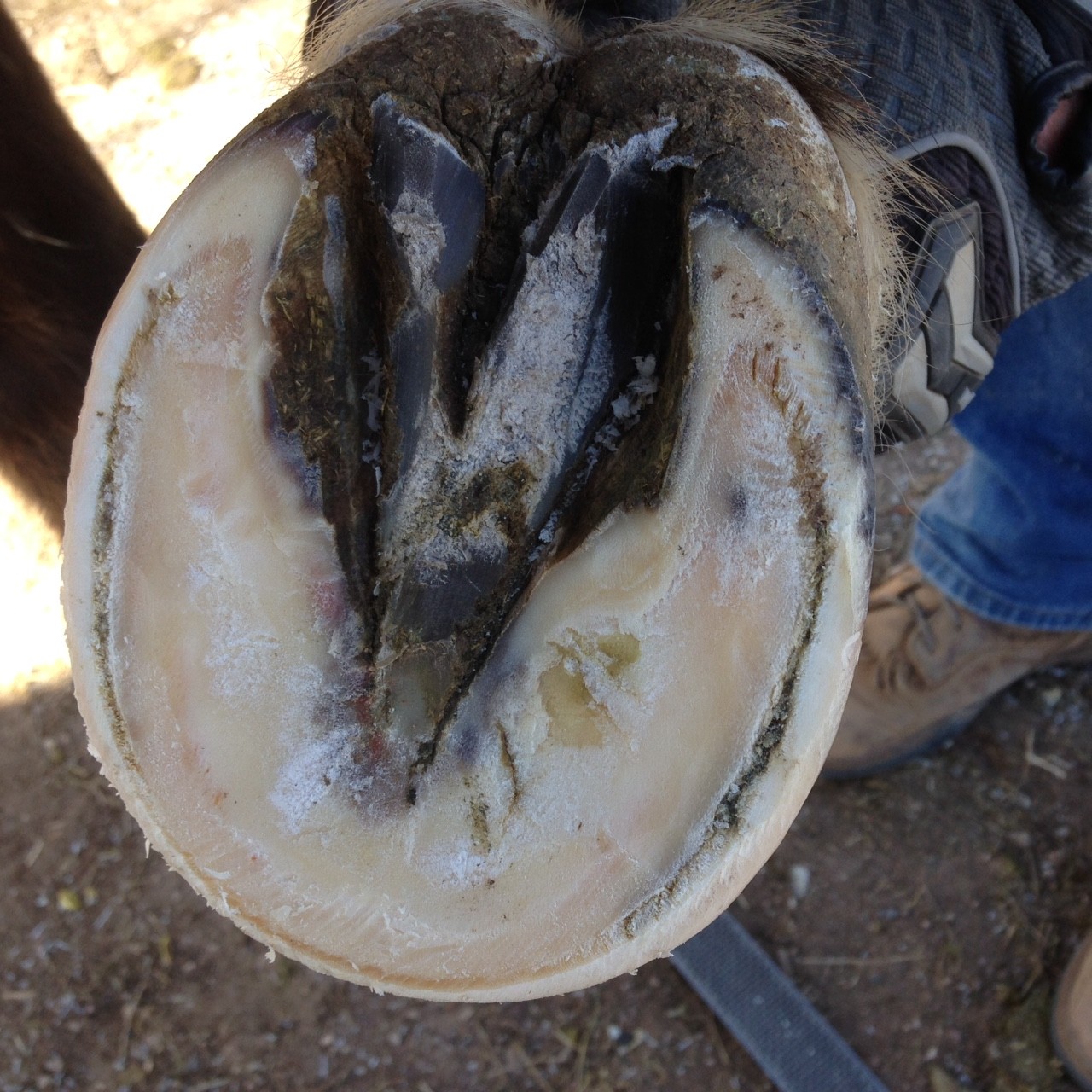 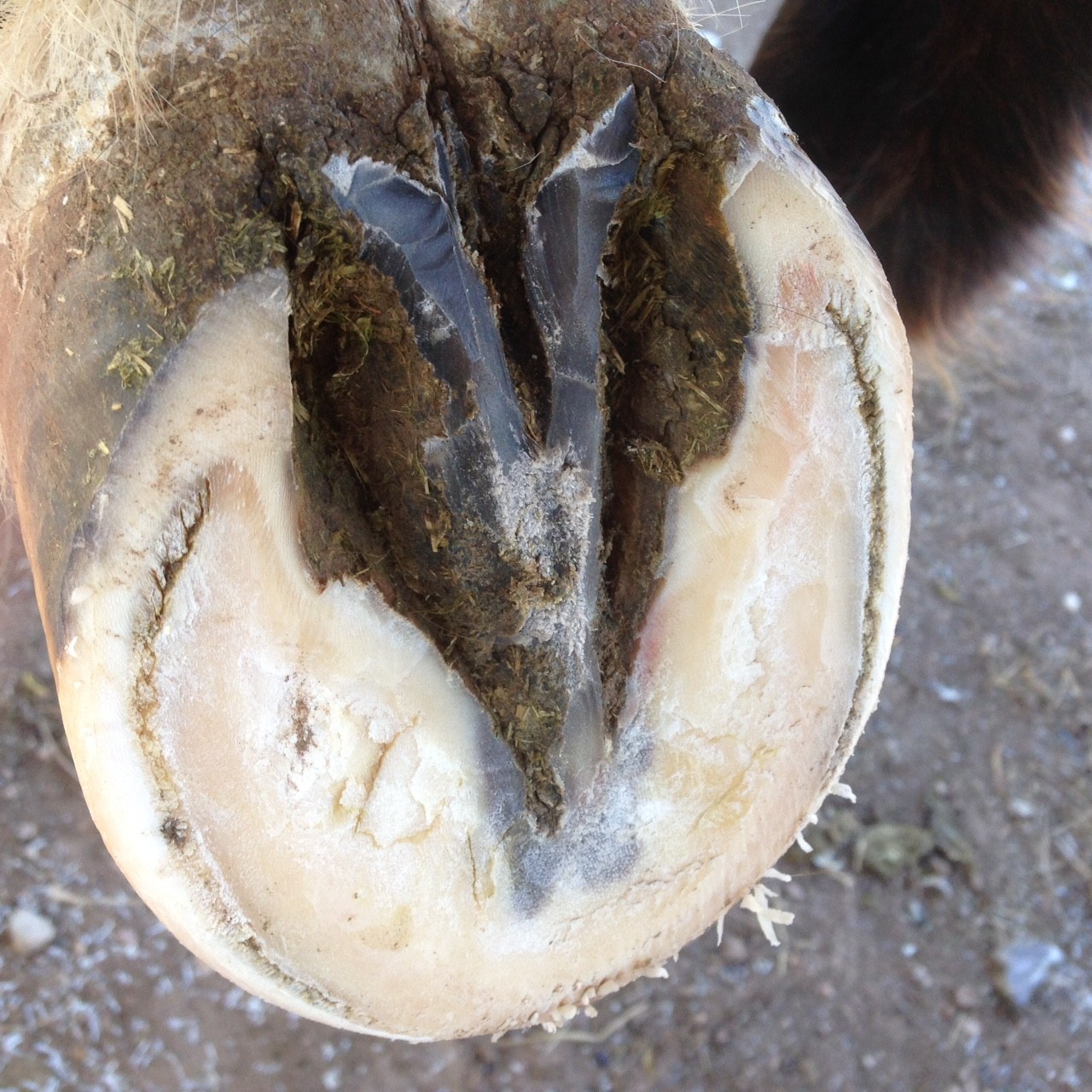 He is always turned out, though the ground is fairly soft, and he has always stayed sound, though trotting on a gravelly hard pack road is not comfortable for him even when in boots.  He lets you know by shortening his stride until he hits nicer footing.  This winter his front feet started to really flare. 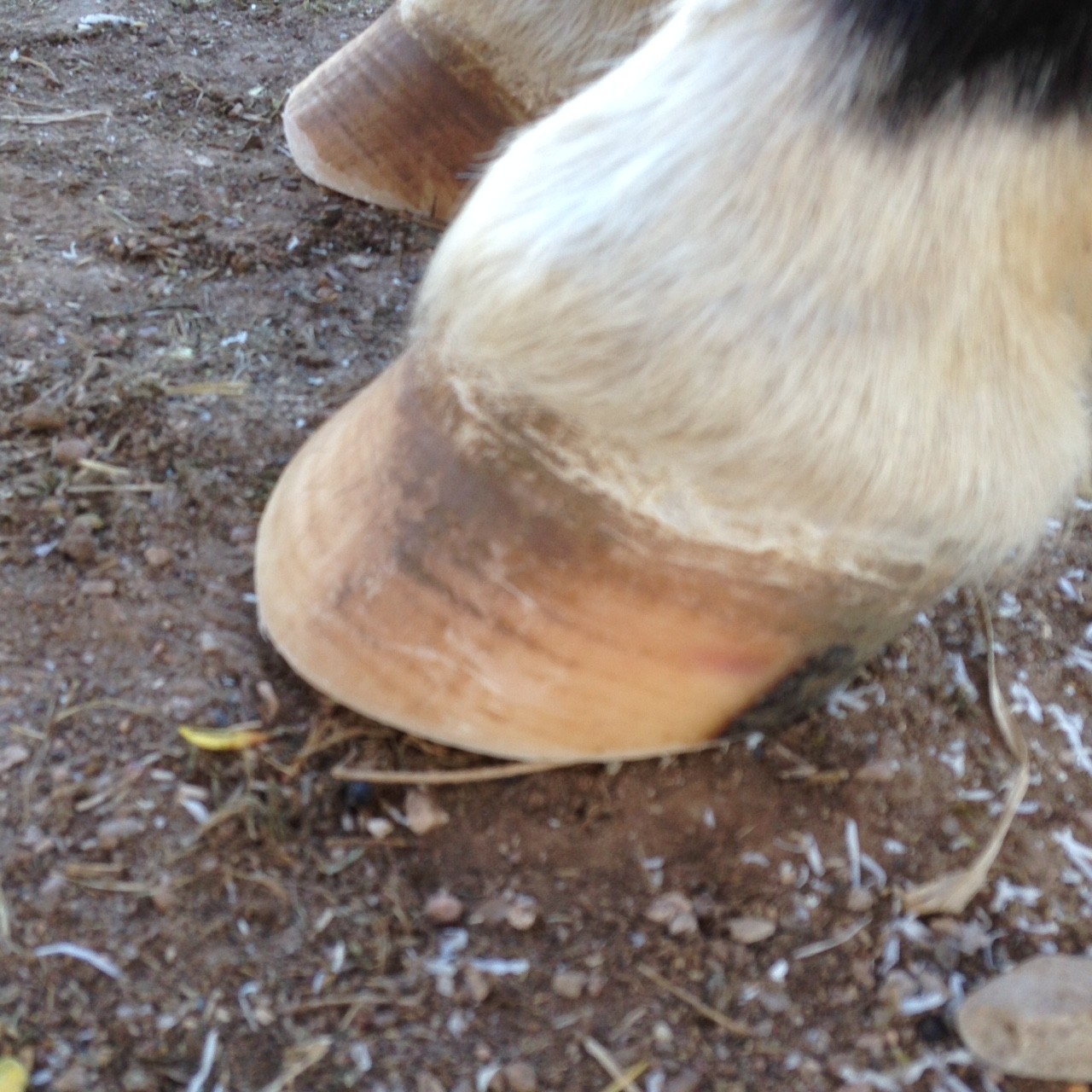 My pictures of the "before" unfortunately didn't turn out, but believe me, the front feet were paddles.  St George trimmer, J.B. Rex, worked on them, bringing them back to the point that they looked like horse feet.  He removed a good deal of old sole that had built up.  The plan is to keep the toe rolled enough that we'll get away from the slight flare that still exists and maybe it will grow out.  He's always had a slight flare on his front feet, so boots aren't as flush at the top as desired.  Power Straps and Mueller's tape have handled that problem for Gloves and a little extra time holding down the "V" with Adhere has worked for the Glue-Ons.  It would be really nice to be able to get rid of the flare and see a better frog, so any other ideas would be great.

The pictures attached are of his current trim.