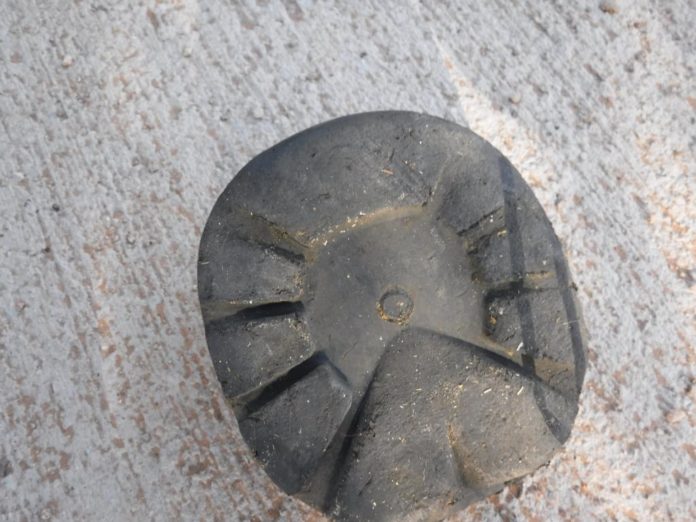 Horses are pricey if you want to do them justice, and hoof care is just one part of the horse budget. If you are using EasyCare products for your riding like Easyboot Gloves, Trail or Back Country, you know when the thread is gone and you need to replace them. Not quite as straight forward with Glue-Ons and EasyShoes. Besides the profile and wear of the boots, you also have to consider the removal of the residual glue in the shells. Not always an easy task to get that job done. But with the right tools, it can save you some $$. 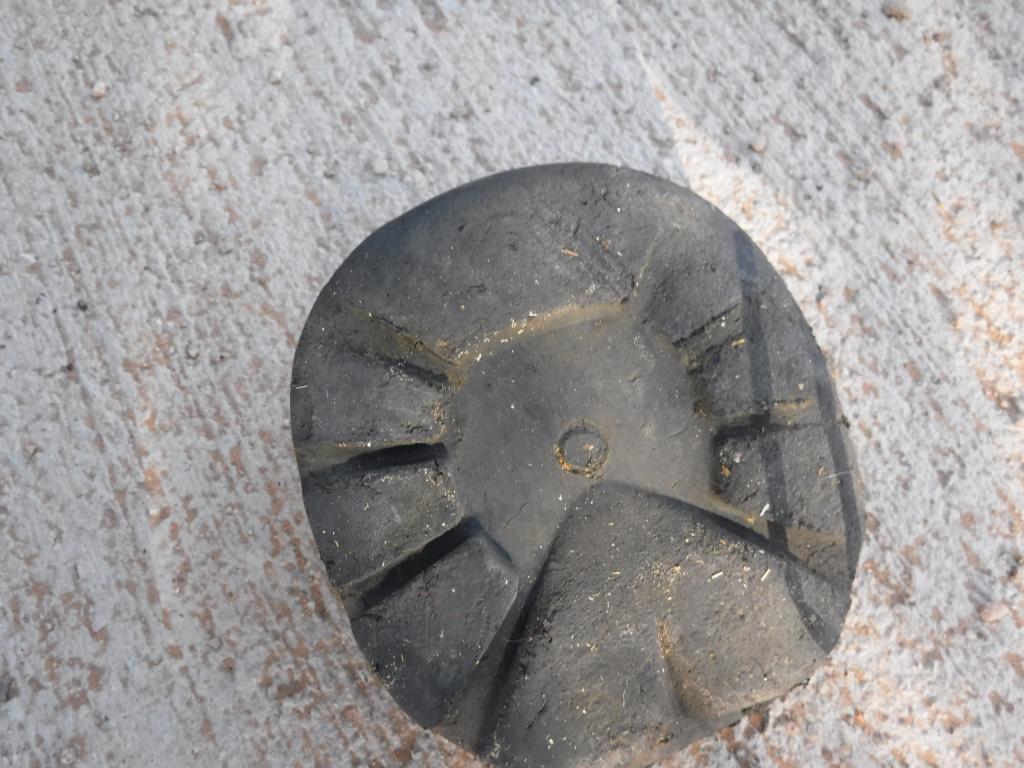 Not enough profile left on this boot to reuse. Discard or use as a traveling dog bowl. 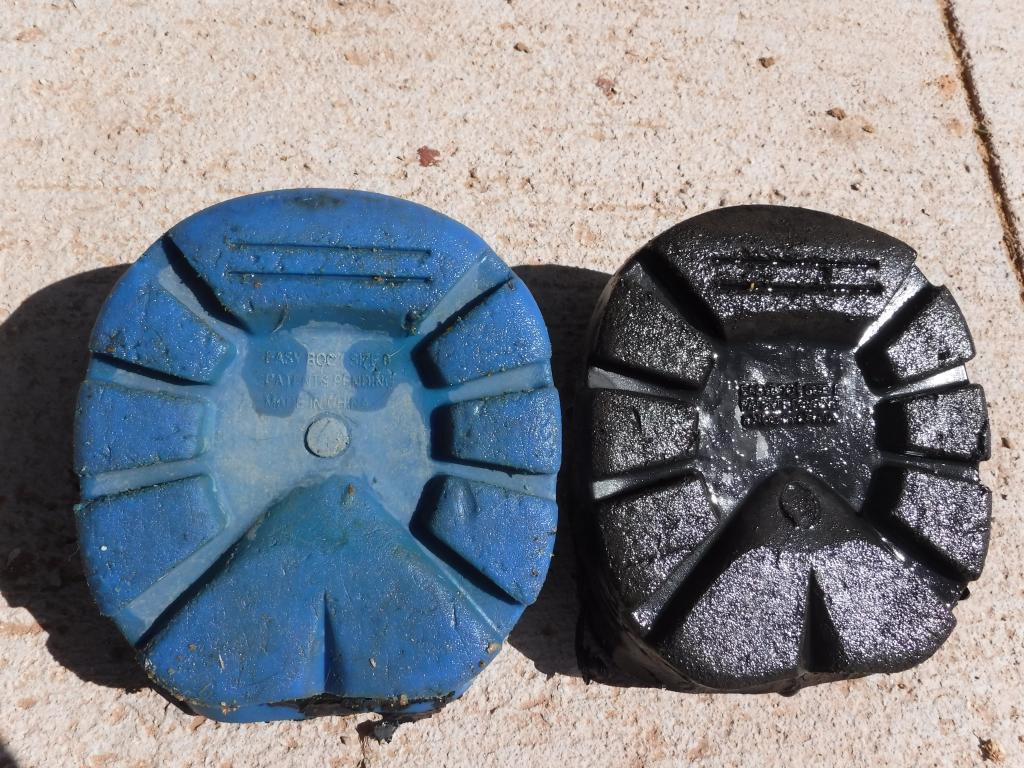 These two specimens could be converted to Easyboot Gloves, judging from the sole profile. Plenty of tread left.

Most of the time the boots or shoes will outlast the shoeing cycle and the decision has to be made whether  to clean them up and reuse them or forget about it and use new products.

Let’s look at the Glue-On boots first. After removal, they probably look something like this: 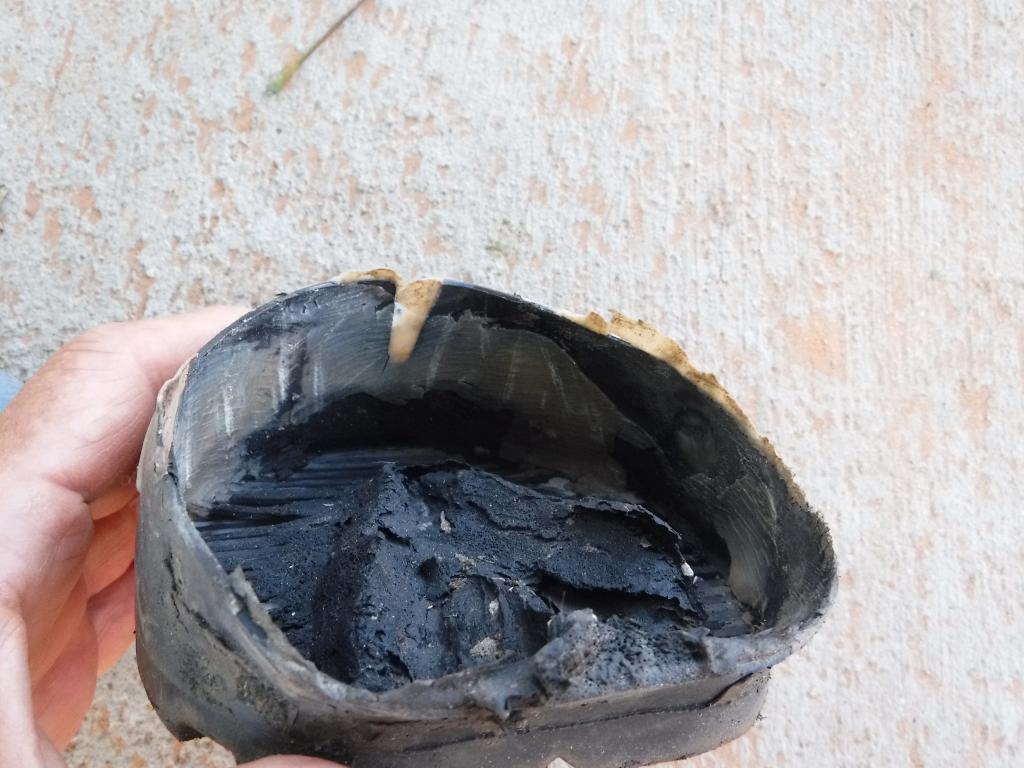 For reasons unknown to me, with colored shells the Sikaflex often stays with the hoof sole and does not stay inside the boot. 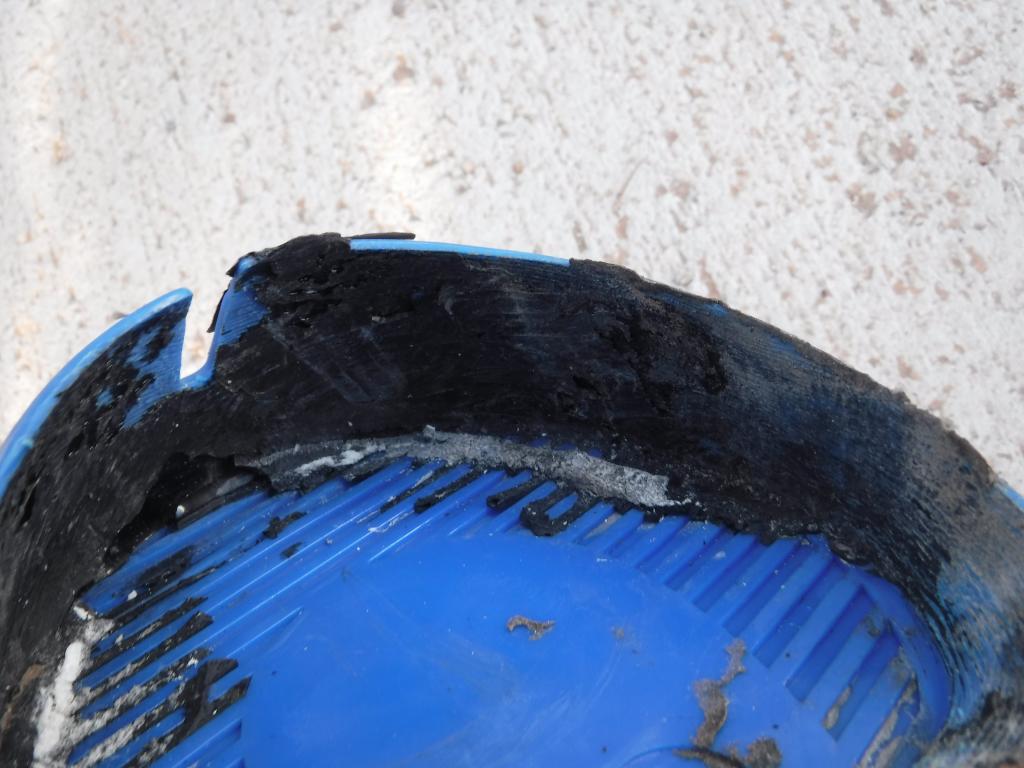 If the gluing job was done according to the gluing protocol, chances are that the glue connected seamlessly with the shell. The only way to remove excess glue is by mechanical means. No solvents will dissolve that bond from polyurethane to polyurethane.

Removal of the Sikaflex is easily accomplished by using a nipper and pulling it off. 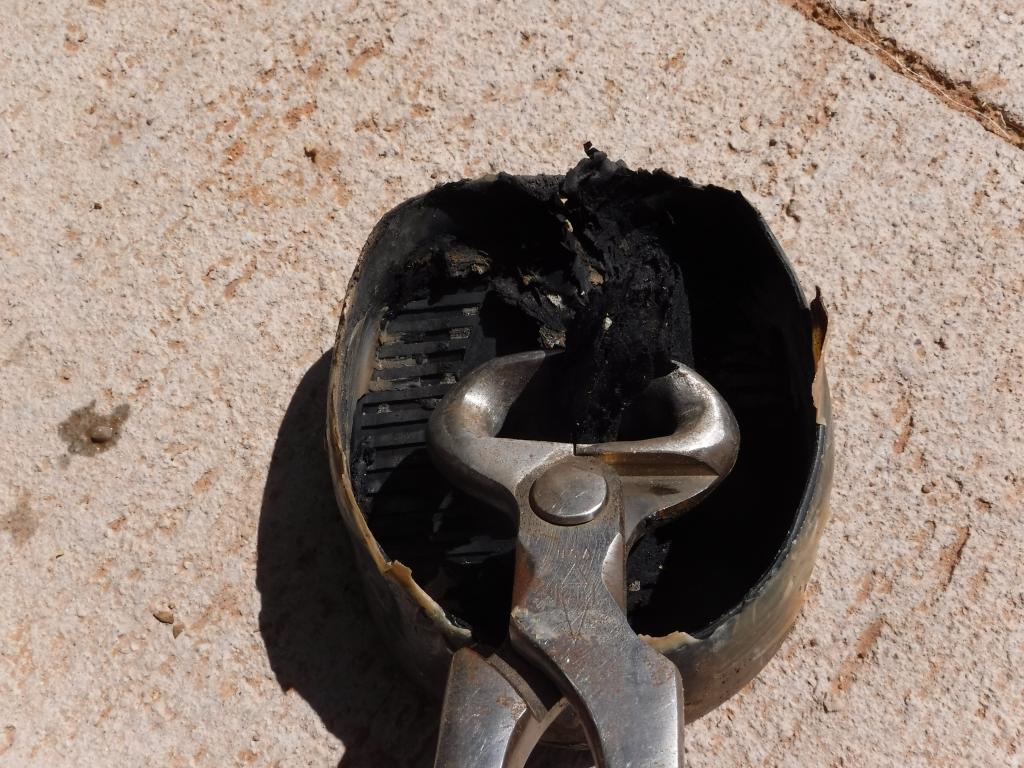 Next comes the more difficult removal of the wall glue inside the boot. Most effective device for that purpose is a bench press with a wire wheel attachment. 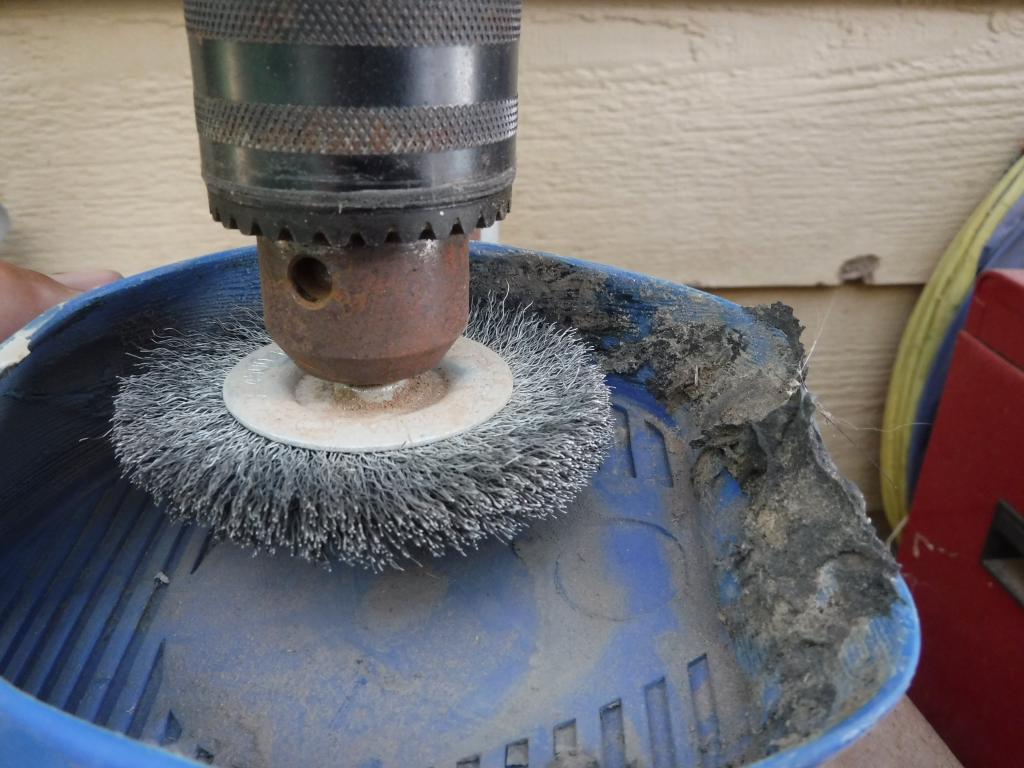 The shell should get firmly held with two hands to avoid catching the border and flying off. Can happen easily.

Lacking a bench press, a hand held drill device will do the job as well, but it is a little more tricky with having to hold the shell as well as the drill. Very easy to catch an edge and fling the boot.

After successfully removing as much of the old glue as possible, the boot can now be converted to a Glove.

EasyShoes are not as easy to remove the glue from. I typically discard them. Too much time will be spend on glue removal and the fit will never be like with new ones.  When they had been nailed, then it is again simply a judgment call if there is enough tread left. 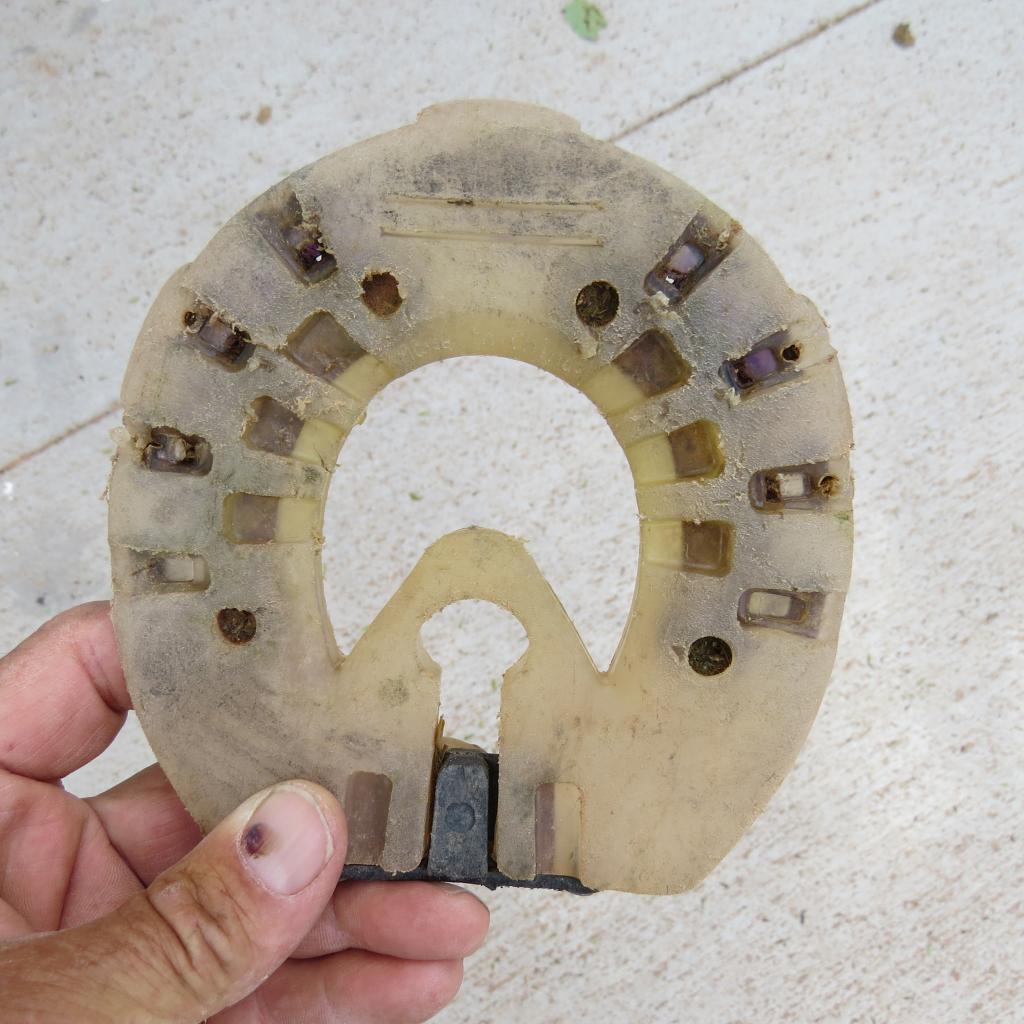 After 6 weeks of riding over mixed footing, these EasyShoes Performance N/G have plenty of tread left to be easily reset and nailed again. 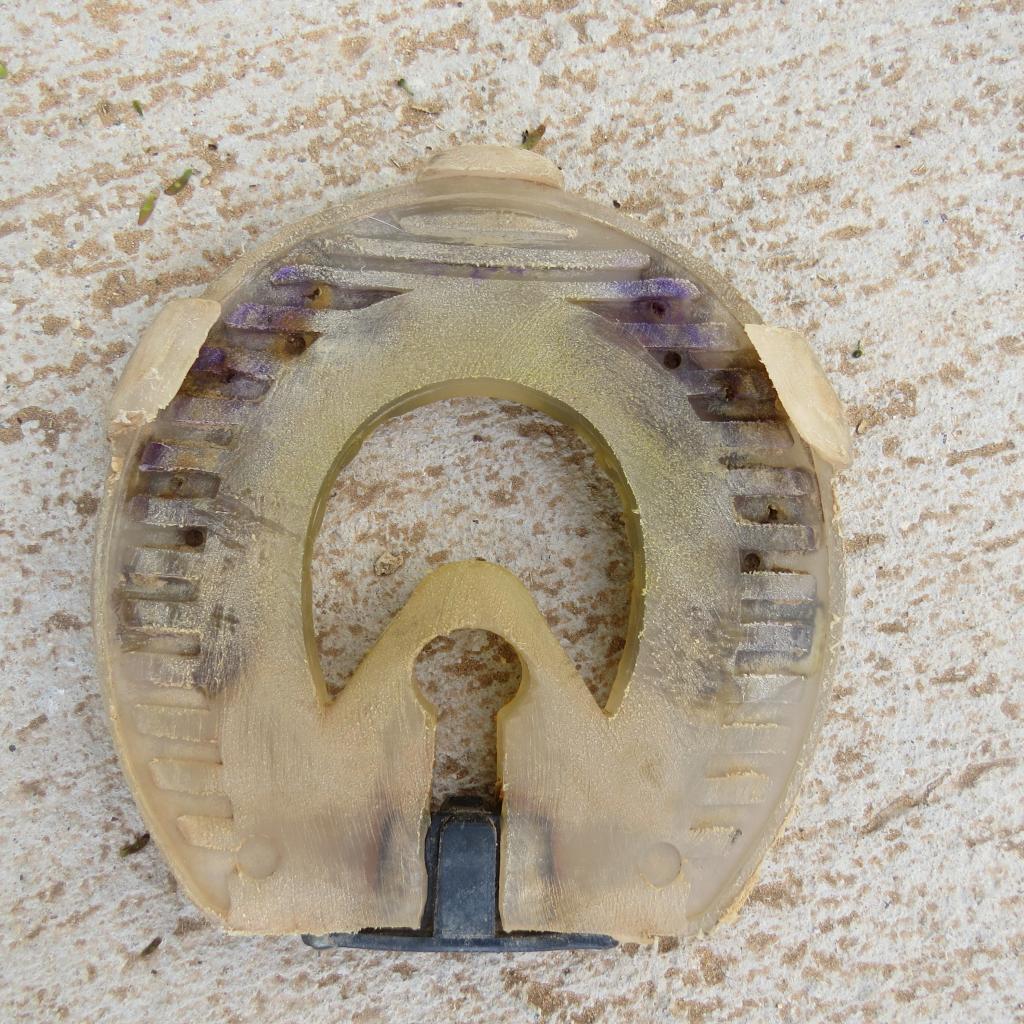 Looking good overall. Even the spacers are still intact and well attached to the shoe. 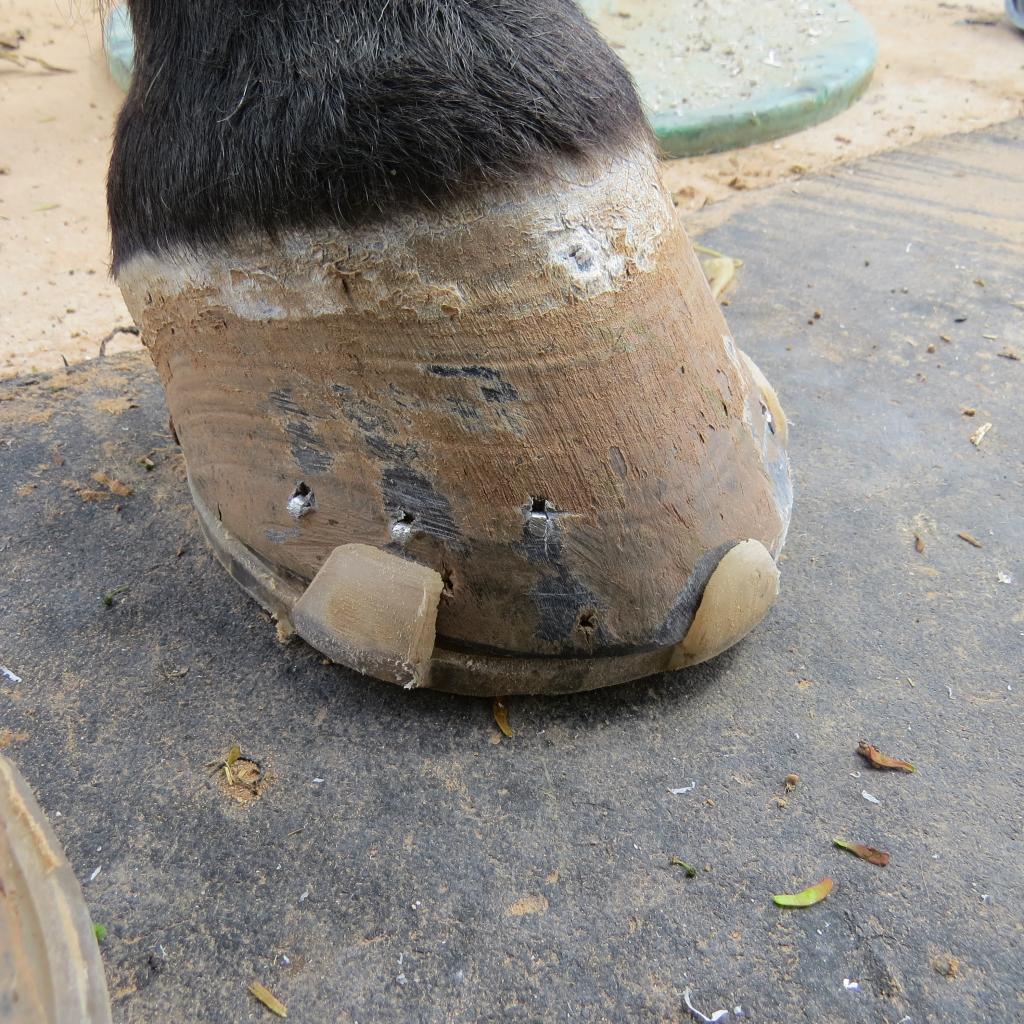 The clips did not suffer through the reset either.

It can pay to reset, re-nail or convert to Gloves. In the long run it will save you some money. I might add that I always use new boots and shoes for any competition, but for training purposes the “played again” hoof protection will often work great.

From the Bootmeister, Christoph Schork