Last weekend saw endurance riders from all over the Australia and from around the world gather at Manilla, NSW for this years Quilty. The Quilty is Australia’s oldest and most prestigious endurance ride. 11 booted horses were entered in the event and 8 were successful, for a 73% completion rate (compared to the 54% completion rate overall). The successful combinations were: 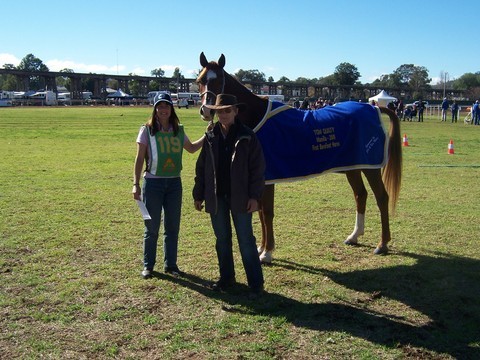 Carol’s Squiggle was the first booted horse over the line and picked up a lovely kersey rug and generous gift voucher for their efforts, awarded by barefoot proponent Jill Moss. Photo curtesy of Jill Moss.

My ride, Jupiter Mikeno is owned by Virginia Dodson and we rode together. V is a long-time endurance friend and, more recently, one of my trim clients. Aside from doing their hoofwork, I have ridden each of the three horses V brought to this year’s Quilty in 100 mile rides, so I know them pretty well. 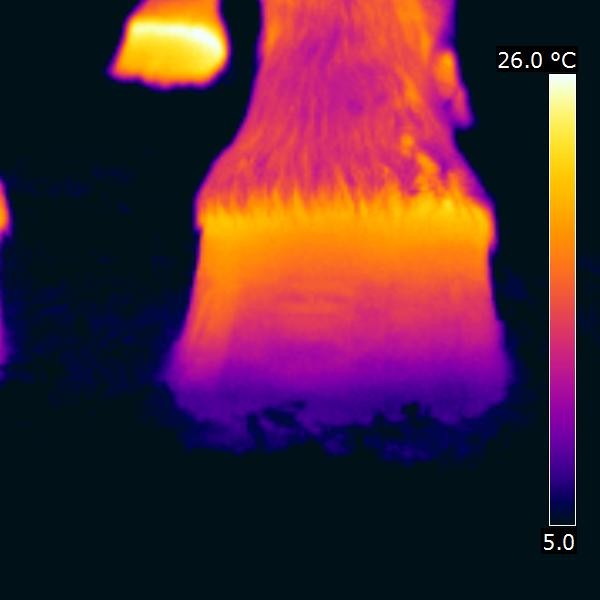 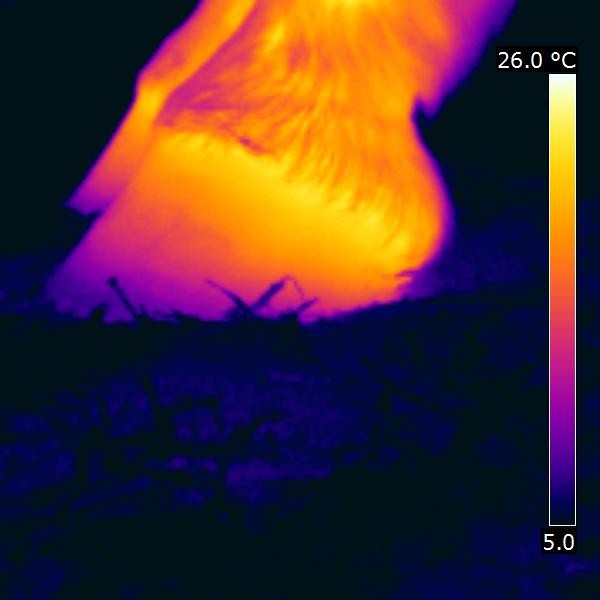 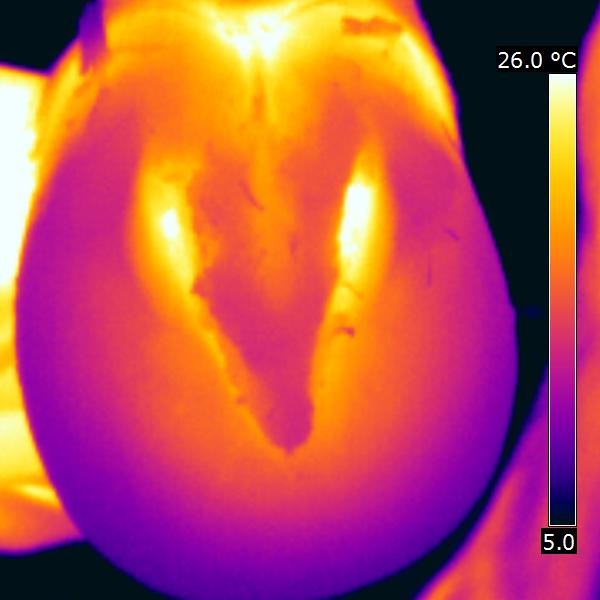 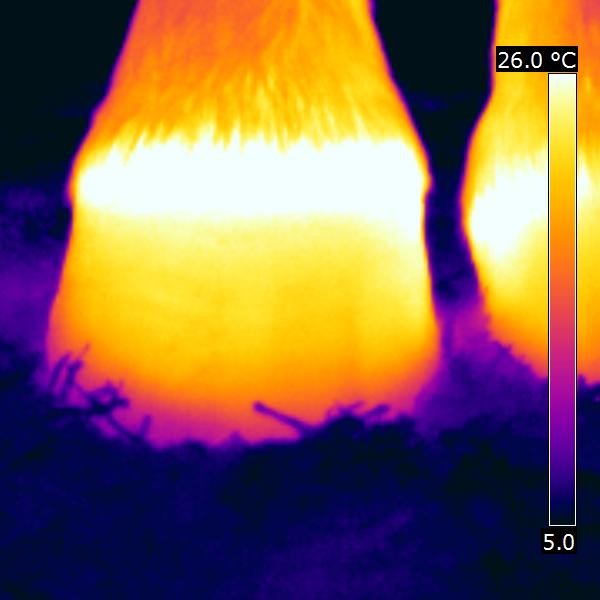 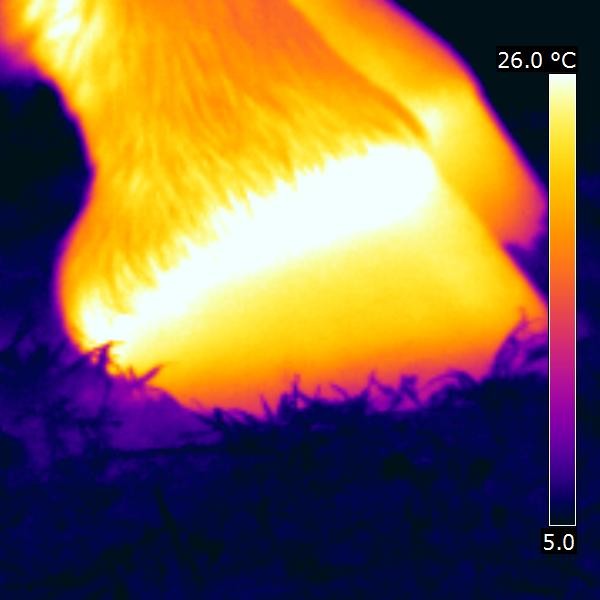 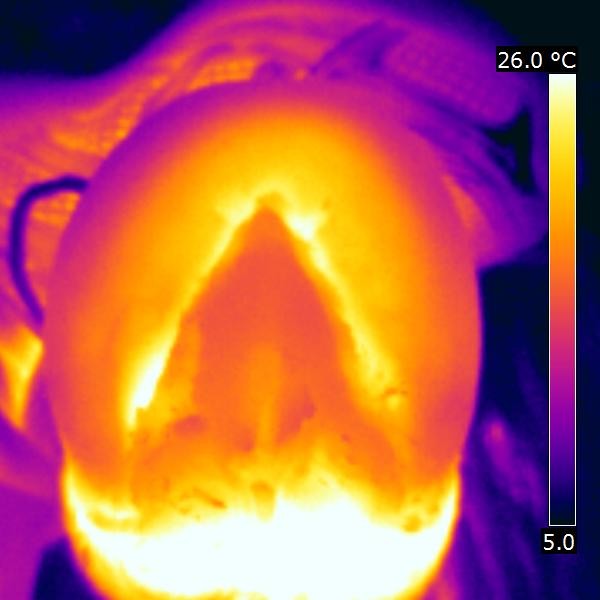 Some photos and thermograms of Jupiter Mikeno’s near fore and off hind feet, the day prior to applying EasyBoot Glue-Ons. My boots were kindly supplied by Chris and Mike from EasyCare DownUnder. Mike is the most experienced and helpful boot retailer in Australia.

As far as I am aware, all the booted horses were wearing EasyBoot Glue-Ons with Goober Glue. For the Quilty I asked another barefoot trimmer, and endurance rider, Rob Howden, to glue the boots on for us. A few weeks back, I rode Bec Hayes’ mare Summerzar M’Zigye on a 50 mile ride and Rob had glued the boots on for her. The mare managed some acrobatic leaps in and out of a puddle and the boots were glued so nicely there was no issue – so who better to apply the boots for the Quilty. Of course, Rob also applied the boots for his partner Carol Layton (together they are the very successful Balanced Equine team). 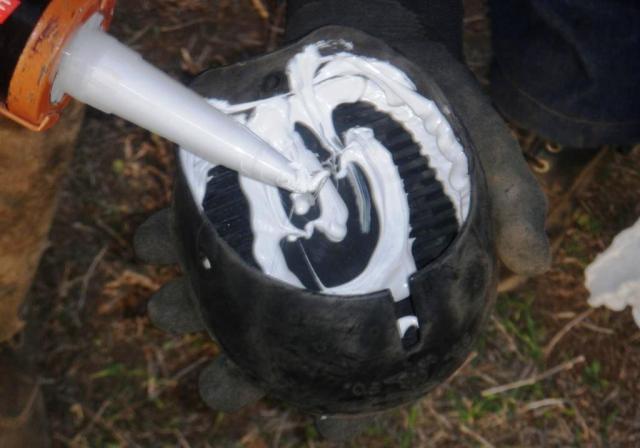 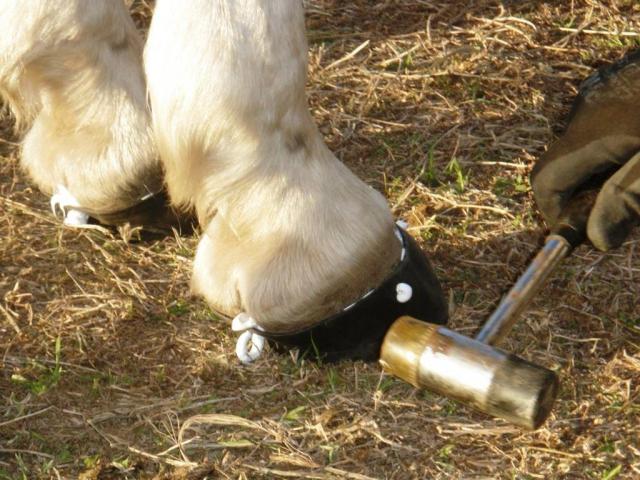 It was interesting watching Rob apply the boots. He is more fastidious in the hoof preparation, scrupulously removing all dirt and exfoliating lose horn, than anyone else I have watched (much, MUCH more thorough than myself!). He also has an interesting technique after applying the glue to the boot and the boot to the hoof: using a hammer to tap the glue up from the bottom of the boot wall, until the Goober Glue just shows above the top of the boot wall. Here Rob uses an EasyBoot Glove, minus gaiter, and white Goober Glue to better demonstrate the process.

The Quilty travels from State to State, a different location each year. Generally, the track is pretty easy as the infrastructure and bureaucracy required for a prestigious ride with close to 300 hundred horses competing limits possible locations. This year’s track was mostly flat to undulating dirt roads, with the 34km third (of five) legs having a few hills. The first horse across the line did so in 8 and a half hours neat. Slower competitors had a harder time as the rain started about seven hours into the ride, and much of the ride was over clay soils which became, in turn, slippery, then tacky.

1. Hamming it up for the camera going out on the fourth leg while waiting for Virginia to catch up. 2. Virginia and Raheema: no probs on the slippery tar with Easyboots. 3. Finally we are on our way… Photos courtesy of Chrissy Cooper.

I also spent some time playing around with the thermal camera, trying out different protocols and timings to determine the way to get the maximum amount of information about heat patterns, circulation and feet in competing horses. Here are a couple of thermograms of Mikena’s feet in her Easyboot Glue-Ons, dorsal shot of near fore and lateral shot of off hind, the morning before and the morning after the ride.

We will continue the thermography work in the US over the next few months. Keep posted via EasyCare’s Newsletter and FaceBook pages.