Home Success Stories Carol Layton: The Importance of Electrolytes
Share
Facebook
Twitter
Pinterest
Linkedin
Email
On top of a more than adequate nutrient diet with balanced minerals, it is often recommended that horses receive electrolytes whether they are performance horses in work or a much loved member of the family in the back paddock. An electrolyte is defined as any mineral not attached to a protein in a free or ionised form.  The major electrolytes in the bloodstream and in the space surrounding cells (extracellular space) are sodium, followed by chloride and in much smaller amounts, potassium and bicarbonate.  Tiny amounts of calcium and magnesium also circulate as unbound ions.

A host of essential body functions depend on the presence of electrolytes.  These include:

•    The production and secretion of sweat, saliva, intestinal tract fluids, urine and mucus
•    Skeletal muscle and heart contraction
•    Intestinal movement (and other involuntary smooth muscle contraction, such as the uterus)
•    Absorption of nutrients across the intestinal wall and into the body cells
•    Skeletal muscle contraction
•    Nerve function
•    Maintenance of normal acid-base balance (pH)
•    Maintenance of normal hydration (the body contains roughly 70% water) 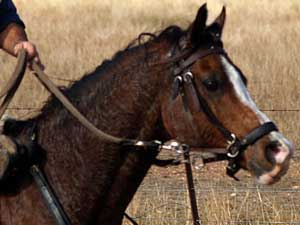 Electrolyte levels in the blood are tightly regulated by hormones. This is of paramount importance so other areas of the body will go without to ensure the bloodstream maintains concentrations. If sodium is low, the body will draw the sodium ions from the extracellular spaces (between cells) and results in the horse’s skin getting a tented look.  When a vet pinches the skin near the shoulder they are getting a measure of skin elasticity, an indication of sodium deficiency.

Sodium is involved in many, many cellular processes including muscle contraction. The presence of sodium in the right concentrations will move glucose into the cell where it will become metabolised in the powerhouse section of the cell (mitochondria) to produce energy. If sodium is deficient because it has been drawn into the bloodstream to maintain concentration then less glucose can be transported into the cell and impaired performance will occur. Dr Eleanor Kellon VMD, a leader in equine nutrition reports that as little as 2 to 3% dehydration can lead to a 10% drop in performance.

Sodium is also the major controller of water balance in tissues.  Sodium levels in the brain are read by cells called osmoreceptors, short for osmolality. In addition to ‘holding’ water in the tissues, sodium is what the brain ‘reads’ in determining when to trigger thirst and when to regulate the amount of sodium and water the body excretes in the urine.

Chloride is involved in a host of reactions that include maintaining normal pH, fluid volume and electrical conductivity of cells.

Potassium is the major electrolyte inside a cell; the difference in sodium and potassium concentrations outside and inside cells is responsible for excitability of muscle and nerve tissue.  If potassium is deficient symptoms can include fatigue, heart rhythm irregularities, muscle weakness or tying up (Rhabdomyolysis) and nerve irritability, also known as ‘Thumps’.

All forages; grass and hay are a rich source of potassium so it doesn’t need to be supplemented for a horse that is not in work.  Sodium though is rarely in sufficient quantities to satisfy maintenance needs unless the soil the pasture is grown on is quite saline.  Adding 1-2 tablespoons of common table salt (sodium chloride) per day to a horse’s feed is a reasonable amount to cover maintenance electrolyte requirements, especially for a horse that sweats on a hot day standing around in a paddock or on a short trail ride.  Any excess is easily and efficiently excreted from the kidneys.  Of course, drinking water should always be provided.

For example, the National Research Council (NRC), in the current 6th revised edition of Nutrient Requirements of Horses (2007) gives the following calculations to determine maintenance requirements based on body weight (BW).  For sodium it is 0.02 x BW and chloride, 0.08 x BW.  A 450 kg horse requires 9 grams of sodium and 36 grams chloride per day.  These are minimum levels; it doesn’t take into account sweat losses on a hot day or exercise or from being over rugged.  Two level tablespoons of salt (30 grams or 1 oz) contains approximately 12 grams of sodium and 18 grams of chloride.

If a horse is exercised for more than 2 hours then an electrolyte mix with potassium is necessary to replace heavy losses in sweat.  Electrolytes can be added directly to a feed or syringed.  If syringing, mix with a little sugar, preferably glucose.  Sodium, chloride and potassium move through the intestinal wall into the bloodstream via passive transport; the ions fit through the small holes or pores.  However, a small amount of sugar or amino acids (protein) will enable active transport of sodium, a quicker process than passive transport.  This applies only to sodium, not chloride or potassium.

Providing a salt lick is an excellent idea but they can’t be relied on to cover maintenance and sweat requirements, especially for horses in work. Despite salt being the only documented craving horses can have, some horses won’t touch a salt lick.  Adding table salt to a feed will ensure a horse will have his sodium and chloride needs covered with forage as the potassium, calcium and magnesium source.

One horse owner wondered why his horse always licked the ground in the same spot when out on a trail ride.  On adding 2 tablespoons of salt to his horse’s feed (per day) he found his horse no longer wanted to lick the ground.  He observed his horse drinking more water and looking more hydrated.

One theory that explains why horses have such a high need for salt is that they evolved in a region with very saline soils.

Carol is a keen endurance rider with a passion for equine nutrition, training and management.  Her horse, Omani Mr Sqiggle was the 2009 National Points and Distance horse for her weight division.  Together they have completed the 400 km marathon, Shahzada three times and many 80 and 160 km State Championship and Tom Quilty rides along with numerous best conditioned awards.