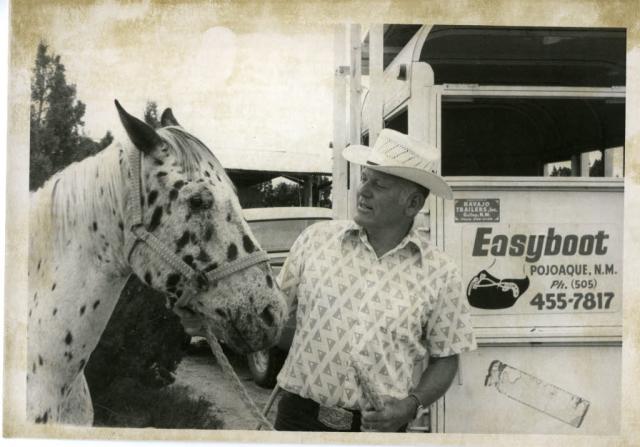 I just discovered something very interesting about the founder and inventor of the Easyboot.  Dr Glass spent his working hours at the United States Atomic Energy Commission.  His first patent for a High Current Coaxial Photomultiplier Tube was assigned to the United States of America.

A family horse took Neel’s attention away form atoms, photomultiplier tubes and top secret clearances to hoof care on a navicular horse.  The change took Dr. Glass from assigning patents to the United States of America to inventing the first production hoof boot.  Neel quickly formed a corporation and went on to assign his first horse boot patent to Les-Kare.  Les- Kare was named after his daughters Leslie and Karen. 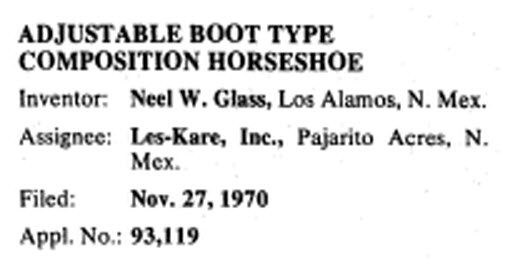 Dr. Glass questioned the use of metal on hooves after studying the mechanics and physics of the hoof. When corrective shoeing failed to give relief to his daughter’s navicular horse he became motivated to invent a shoeing alternative, and the Easyboot was born.

Over 40 years later, his invention has evolved into the leading alternative to traditional metal horse shoes. The Easyboot has become a key component in the fast-growing natural hoof care movement, and ultimately helps our beloved equine friends the world over live healthier, happier lives.

In addition to his impressive achievements in the equine field, Dr. Glass made noteworthy contributions to the scientific world. He was a nuclear physicist who spent his career at Los Alamos Laboratories in New Mexico. He was a lead designer for nuclear testing and originated techniques now in widespread use for nuclear calculations. He was twice honored with the Department of Energy Award of Excellence and was recognized as a Laboratory Fellow in 1986.

Dr. Glass was high school dropout and a brilliant man who loved to solve problems.  Thank you Neel Glass for the contributions to the world.