Like many people, I was nervous to make the leap from shoes to boots. We had followed the “if it aint broke, don’t fix it” theory. But eventually it broke, it being my horse!

Apache Bulero (a.k.a. Bo) is a Thoroughbred off of the Santa Anita racetrack. Being shod at a young age left him with some pretty crummy feet. He had thin soles, weak hoof walls and pretty much just some jacked up feet! Three years ago he foundered and had quarter cracks on both front feet. The vets recommended putting him down, saying he would never be sound and would be uncomfortable. We realized that something needed to change so we enlisted the help of barefoot guru Cindy Nielson from Reno, NV.

She pulled his shoes and took X-rays of his feet. Nothing short of horrific, but the shoes were pulled he was tender footed just walking around in the pasture so we put Easyboot Epics on him during the day with comfort pads. Eventually his feet started healing and turning back into normal feet, his soles are now 3 times thicker than they were then and he is quarter crack free. Needless to say he hasn’t had shoes on since. 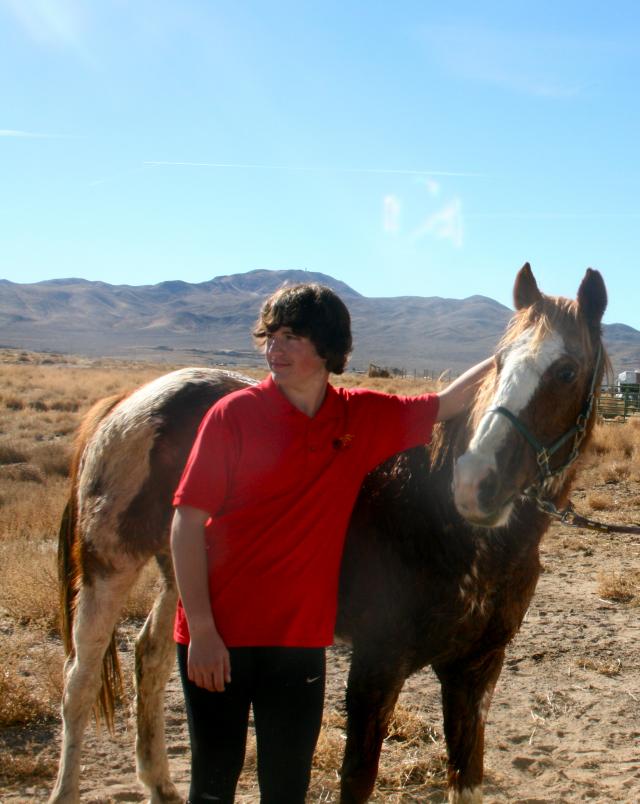 After spending part of the summer with Dian Woodward and Christoph Schorck of Global Endurance Training Center in Moab, UT, I learned booting techniques and a lot about the barefoot lifestyle in endurance horses, and how to manage them during competition. I had the privilege of crewing for the duo during the Tevis Cup ride; getting to help glue on boots for GETC horses was great, and it gave me the confidence to glue and boot on my own horses.

Winter came all too fast and I found myself with not an endurance horse, but an ex-race horse that was my showing, jumping and eventing horse for years. And for whatever reason I had the thought that maybe he could do endurance. So in early January I did a little 5 mile ride to see how he would respond, then bumped it up to 10 miles the next weekend and did 3 ten mile rides, then 5 20-35 mile rides then entered in a local Fun 20 mile Ride.

We went to the race with no real hopes, and faced the reality he may be pulled for lameness considering all of his past issues. We finished 5th out of over 40 starters, 10 minutes off the winner and could have gone out and done another 20 miles easily! He has done all these rides barefoot, and has had no issues (knock on wood). For any of you that have ridden in Nevada you know that there is no shortage of rocks! Training completely bare has been beneficial for him, he has been growing more sole than I have ever seen and with the increased amount of blood flow to his feet he is growing a hoof like nobody’s business!

We have a few 50’s planned in the coming months and can’t wait to see what he can do, and with the use of Easyboots to help absorb the concussion during in competition and Gloves during training we expect him to have no feet problems or issues from here on out!!

We thank Easycare for their products and credit them for saving my horses feet!