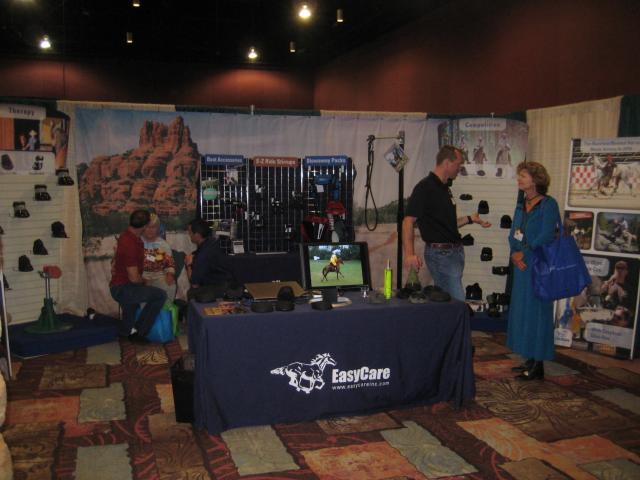 Garrett Ford explaining EasyCare boots to friends and customers at the Convention.

The Annual AERC Convention just came to an end. Again, it proved to be a great success for EasyCare and EasyCare boots. A steady stream of interested riders and horse owners visited the EasyCare booth at the Convention in Reno, Nevada. Garrett Ford, owner and CEO of EasyCare, Inc was personally at the booth both days, all day long, supported by Marketing Director Kevin Myers. It was a perfect opportunity to explain the benefits of EasyCare boots to the visitors. I had the honor to be there as well, together with Dian Woodward, Kevin Waters, Dave Rabe, Leslie Spitzer, Tennesse Mahoney, Amanda Washington, just to name a few supporters and helpers at the booth. 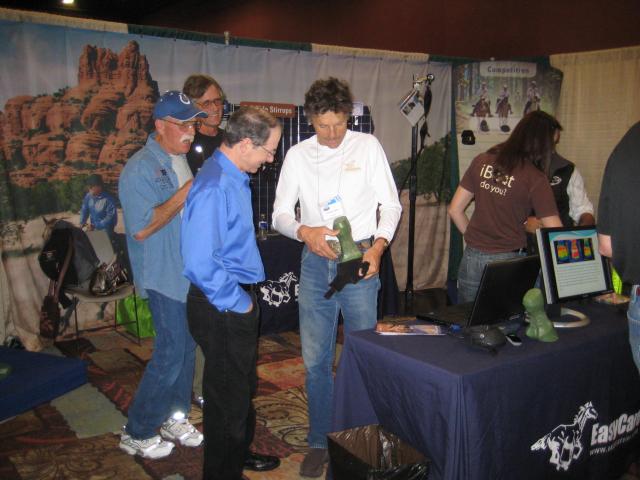 Explaining the benefits of EasyCare Gloves.

The Convention highlights included the Symposium on Acid Base and Body Fluid Management, named in honor and as Tribute to Dr. Jim Steere. Veterinarians and endurance riders discussed in detail electrolytes and managing horses during competition. After two days of seminars, lectures and meetings, the Convention ended with the National Awards Banquet.

During the Awards Ceremony Garrett Ford and Kevin Myers explained the sponsorship program for AERC. All in all, EasyCare sponsored AERC with over $10.000 during the 2010 ride season. Because of the economical downturn, AERC was in dire straits financially and EasyCare stepped in and made the difference. Garrett Ford then awarded horse blankets to the top three finishers of the 2010 Easyboot contest. A great surprise for the winners. 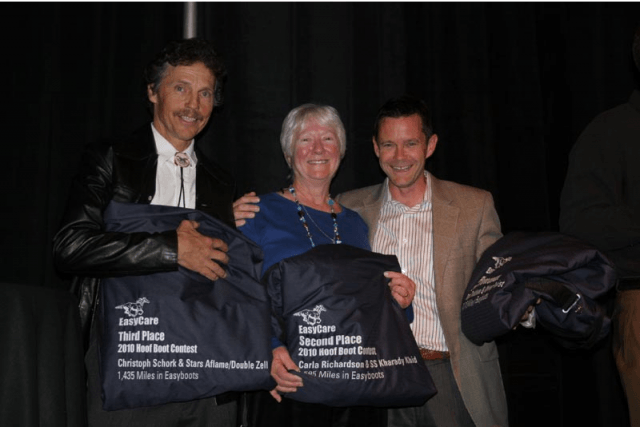 Terri Tinkham won the 2010 Easyboot Contest on Oliver Twist with a total mileage of 1715. Unfortunately she could not be present to get her award, so Kevin Myers is holding her horse blanket on her behalf in the above photo. Congratulations to Terri and Oliver Twist. Carla was second and Christoph third in the contest.

Christoph Schork and Dian Woodward, owners of Global Endurance Training Center , presented Garrett Ford with a plaque, the Global Endurance Excellent Award honoring and recognizing his contribution to the sport of Endurance Horse Racing. In his dedication speech, Christoph thanked Garrett Ford for his Sponsorship of AERC and the Western States Trail Foundation. He also addressed the commitment of Garrett Ford and EasyCare to the health and welfare of the endurance horse. Christoph mentioned, that never before had there been that much information and education available for the rider and horse owner in regards to hoof care, natural horse care and horse hoof trimming. He gave Garrett Ford and the staff of EasyCare credit for spear heading this development. Research and Development for the benefit of the horses hoof is the Leitmotif for EasyCare. Christoph and Dian feel that proper recognition of Garrett Ford and his efforts have long been overdue.

Thank you all for your support of better and healthier horse hooves. 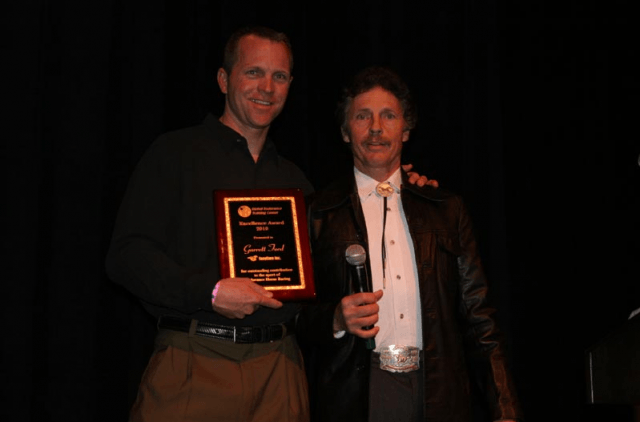 Report of the Bootmeister from the AERC Convention