There’s something funky going on at Gotta Go Ranch.

Redford and Rocky
I’m not sure what it is, but all the horses are going through big changes in their feet. Take Redford and Rocky for instance. They just got back from the Mt. Carmel XP ride. Rocky rode 50 miles and Redford rode 100 miles. They both had their Glue-On boots on for seven days and they both shed about 1/4 inch of sole with the boot removal. This is a first to see so much sole come off on these two horses at once – and really nice to see so much concavity under there finally. 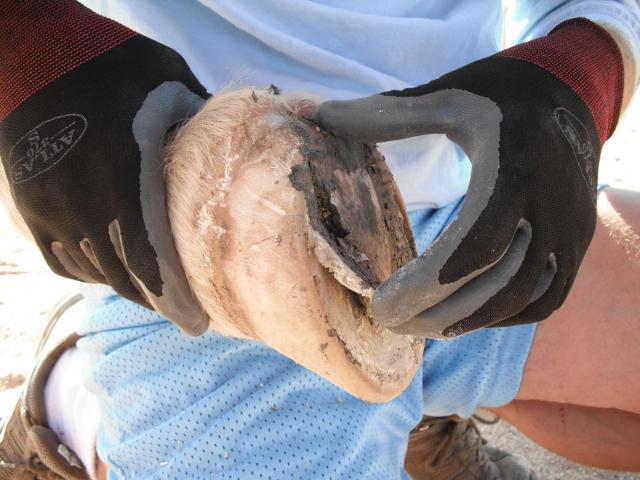 Redford: you can see the remnants of the Goober Glue, but just look at the amount of sole he is shedding. The concavity is looking much better and he wasn’t tender afterwards.

Since spending time with Duncan McLaughlin in early April, we’ve been more focused on bringing the toe back every week. I wonder if there is a relationship between bringing the toe back; reducing the stretch effect forward on the sole and frog by doing this; and a resulting release of material? Maybe we could entice a hoof care practitioner to chime in on this one. 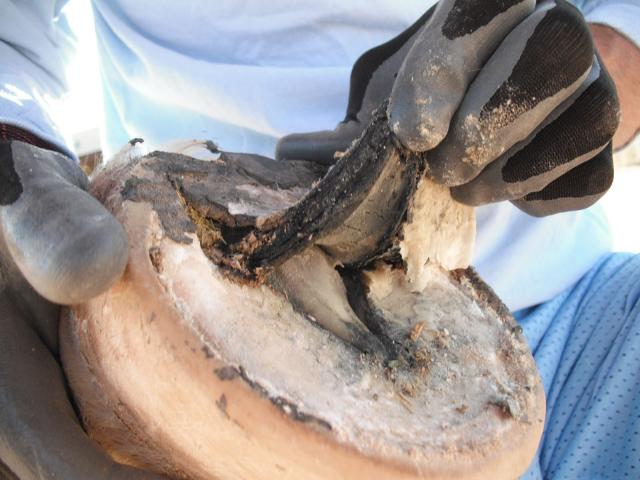 The frog is sloghing too. The Goober Glue over the frog is actually quite thin –
this is all almost exclusively frog that is peeling off.

I must say that 11 months into the transition, Redford has never felt so sound as he feels today. He does show some signs of tenderness from time to time, even after the most conservative of trims, but he has never felt this good going down the trail. He is also pointing his front feet much less than he did before. I do believe this horse is now comfortable. And that makes me happy. 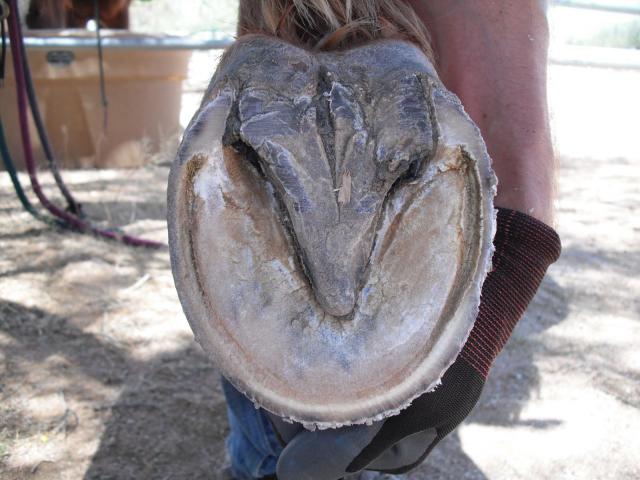 Redford’s front left with an incomplete trim. I like the changes: the hoofwall
separation continues to reduce – albeit slowly.

Ricky Bobby
I applied Glue-Ons to Ricky Bobby’s front feet last week – partly to show the latest easy application methods, and partly because he was showing ongoing signs of being tender. I don’t like to leave Glue-Ons on for more than a week to ten days – even in the arid conditions of the Sonoran Desert, so I took the boots off yesterday. 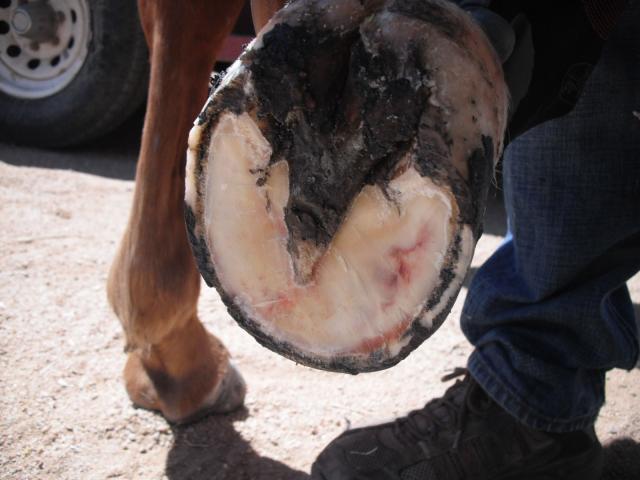 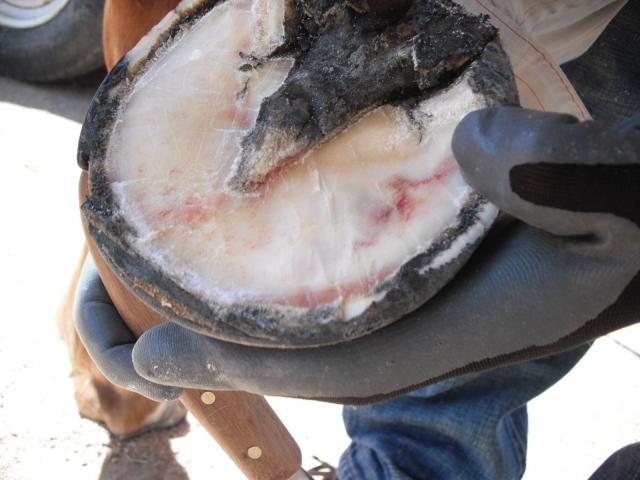 Ricky Bobby’s front right after the Glue-On shells were removed and the sole gently
peeled away with a knife. That bruising must hurt.

He is also shedding sole – and revealing the reason for his tentativeness on harder ground. He is definitely turning out to be the most challenging of the horses we have transitioned. Look at what is going on under there.

He is much more comfortable today – the sole is just slightly inferior to the hoof wall and the frog is still taking pressure, so I’m happy with his progress. But you can see full well that this is going to take a while to grow out properly. You can also see that he popped an absess last week while I was gone on his right hind. He’s not sore on it. 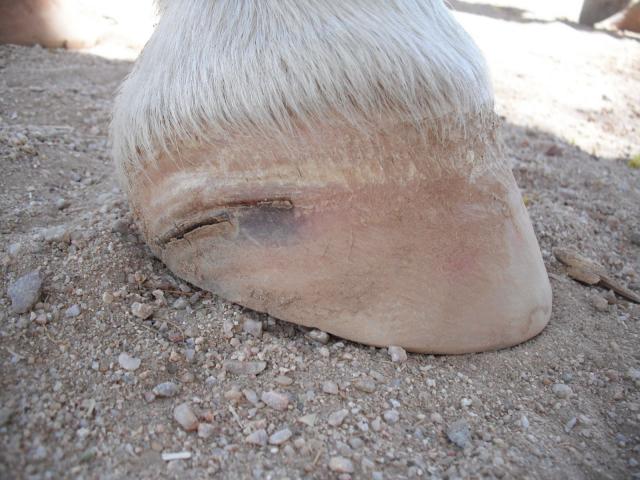 I’ll keep you posted. Keep up the bootlegging!

Do You Have a Hoof Care Kit?