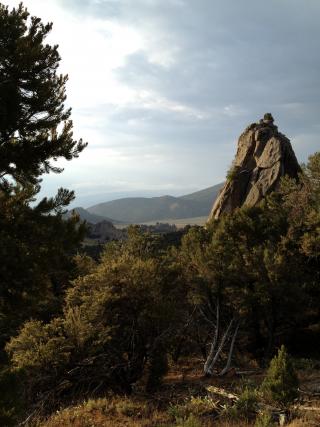 Holy heck my baby has grown up! It truly seems like just yesterday, I was reluctantly loading an awkward, gangly, frizzy, skinny, head-case of a three-year-old gelding into my trailer. Yesterday it was not, but sometimes it feels like just yesterday, and sometimes it feels like it’s been ages. In reality, three years ago, almost to the day, we brought Topper home, and three days ago, he completed his first endurance ride at the City of Rocks Endurance Ride in Almo, Idaho.

Anytime a horse finishes such an accomplishment is huge, but when it’s been preceded by years of blood, sweat, broken wrists, broken railroad ties and tears, it’s the real deal. I’m not jokin’, y’all. This horse was a total freak with a capitol F when we brought him home. He has done more stupid, reactive and dangerous things than all my horses put together. In Topper’s defense, he hasn’t a mean bone in his body. Just several insecure, reactive and panicky bones. We’ve added magnesium to his diet. Hope that helps. But really, he has turned into a very nice horse. While there is still that level of anxiety and nervousness just under the surface, he just gets better and better the more we do. I’m pretty sure that by the time he’s 19, he’ll be awesome. 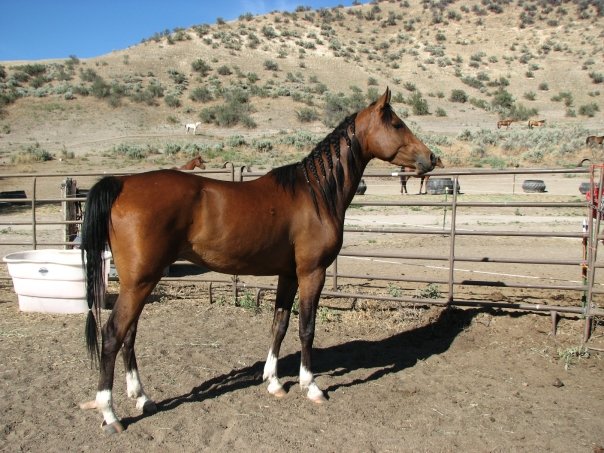 Where it all began. Topper at three years old. Plenty of improvement needed.

Throughout the years, I have struggled more with Topper’s feet than I have with the others. He came with a pretty significant dish and some wicked long toes, and it’s something we have battled since. Luckily, the stronger he gets, the less his feet go wonky, and I’ve worked hard to keep him even and balanced, in both feet and body.

Frequent trimming has been imperative in Topper’s hoof health, and I’ve learned more from his problem feet than I would have if he had picture-perfect, textbook hooves. Because of his very long legs, he developed a consistent grazing posture where his right front gets slung back and his left front ahead. Long toe, low heel, yada yada yada, I’ve gone on and on. The moral of the story is I can’t imagine what his horse’s feet would look like if they had been shod from the age of three on, or if he had been left out in pasture without frequent trimming. As frustrating as it’s been, I am thankful for the lesson and experience. 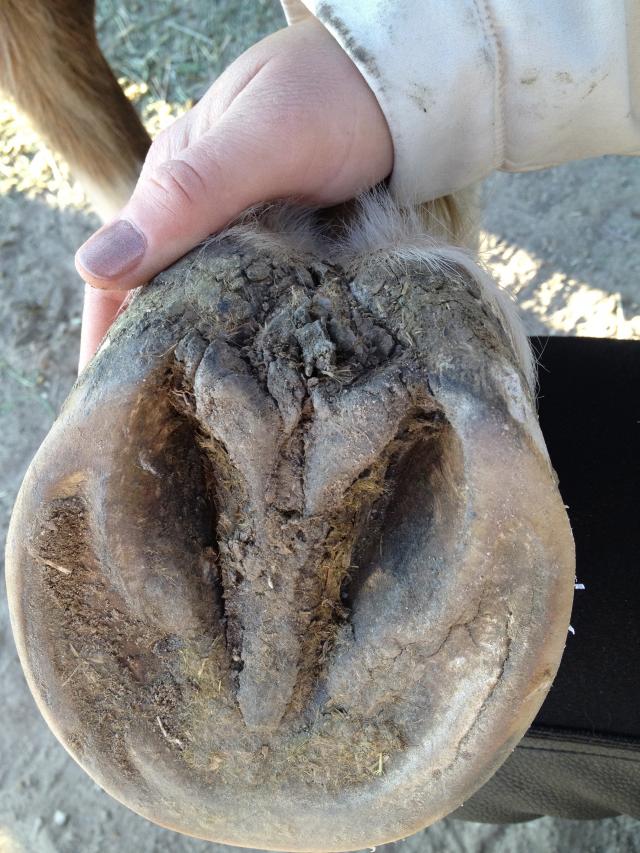 Using boots on Topper has been easy. I took advantage of the slow miles I put on him and rode mostly barefoot to develop a strong foot. Fitting him for his Gloves was a bit of a challenge, in that he has very wide front feet. After the development of the Easyboot Glove Wides, it was smooth-sailing in the boot department. Prior to the Wides, I experimented with a few different sizes, but ultimately settled on 0.5W for the fronts and 1s with Power Straps on the hinds. Start early fitting for boots, don’t wait until the last minute. It really pays to do this and is one less thing to fret about when your ready to step your training up. 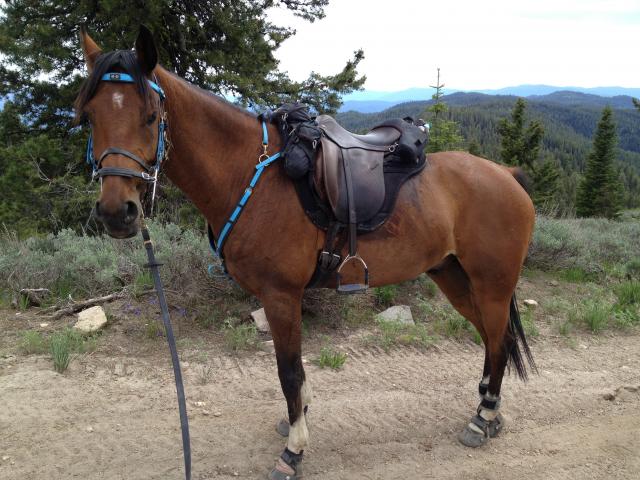 Recently I wrote about sensitivity due to thin soles. I decided to glue boots on him before the ride, using lots of SikaFlex to cushion and absorb concussion. This worked beautifully, as it always does, and gave Topper the comfort and security to keep on keepin’ on! While this ride wasn’t exceptionally rocky, there was a fair amount of road and I was psyched to have the extra protection. Topper’s boots are still holding strong, and I plan to leave them on for a period of ten days or so. While leaving boots glued on for longer than a week can be somewhat controversial for some, I love the amount of foot that grows after a ride and I find that horses who need the extra growth thrive in properly used Glue-Ons. I am so thankful for this option.

I was so psyched for this ride, not only because it was to be Topper’s first, but because we would be doing it with one of my best friends in the world, and Topper’s brother! For real! His brother! Because I’m a dork like that, I think animal siblings are too funny. My yorkie has regular playdates with his littermates. My friend’s Sheltie has playdates with his brother and my horse is no different. He and his brother were born on the same day, April 1st, 2006. Yeah, the joke’s on me on that one! They were sired by the same stallion. Poor Hemi’s mother passed away when he was just a little guy, and not only did Topper’s mother adopt him, she nursed both boys and cared for Hemi as her own. Topper and Hemi still remember each other when they get together, and I couldn’t think of a funner way to spend 50 miles! 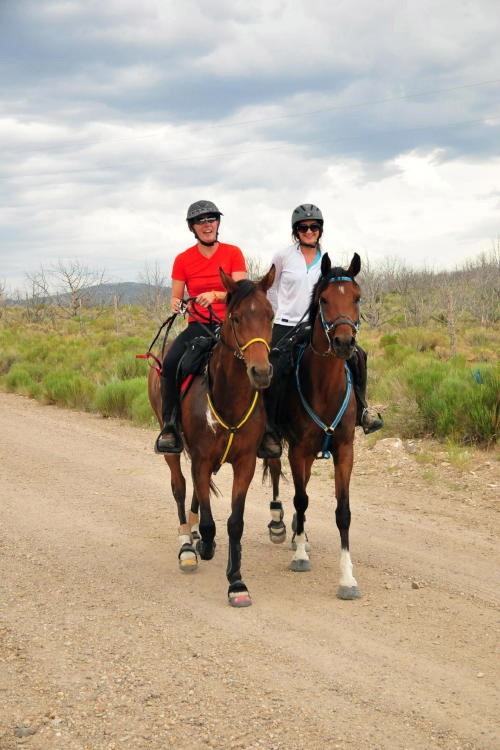 The boys coming into the vetcheck. Jackie and I were trying out each other’s stirrups. 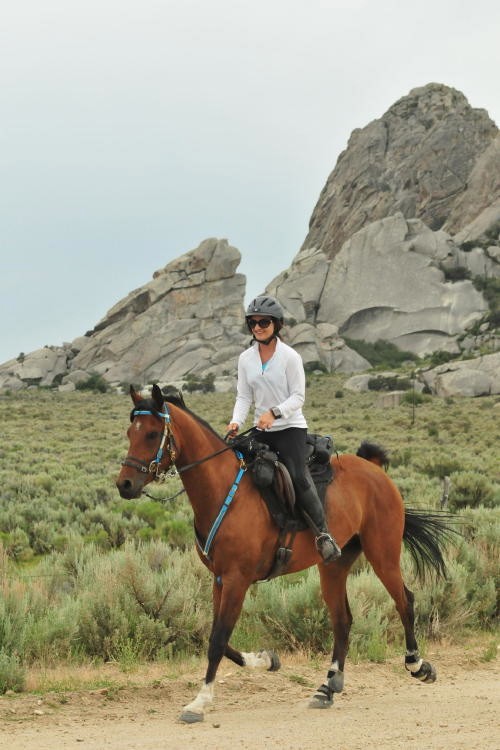 Topper and I on our first endurance ride together. I look forward to many, many more rides with him. Steve Bradley Photography. 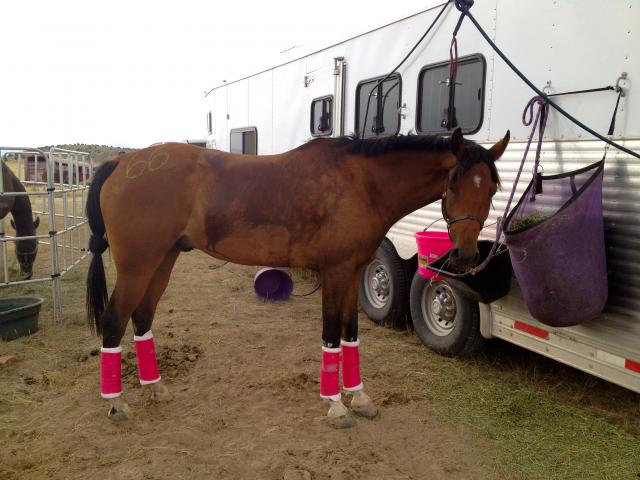 After the ride. We did it!

Jackie and I had a fantastic ride on the boys. They had a wonderful experience and finished the ride in great shape. We cracked up all day at their similarities, including a propensity to be a wee bit lazy. We’ll work on that for the future. Hemi has always worn Easyboot Gloves also, and proudly sports the Kansas City colors, red and yellow on his Power Straps. I would estimate 90% of my friends now use hoof boots which is awesome! It’s so fun seeing all the boots around ridecamp instead of steel shoes. Pretty soon, steel will be a thing of the past. 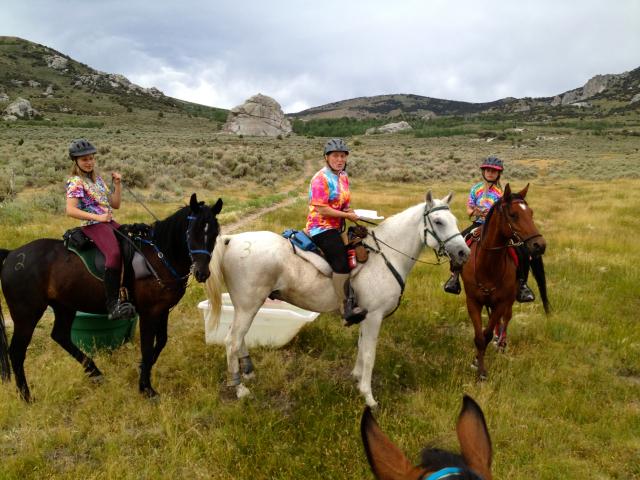 The Levermann family riding the Teeter horses. They were outfitted with Gloves and Glue-Ons. All three pairs did all four days. 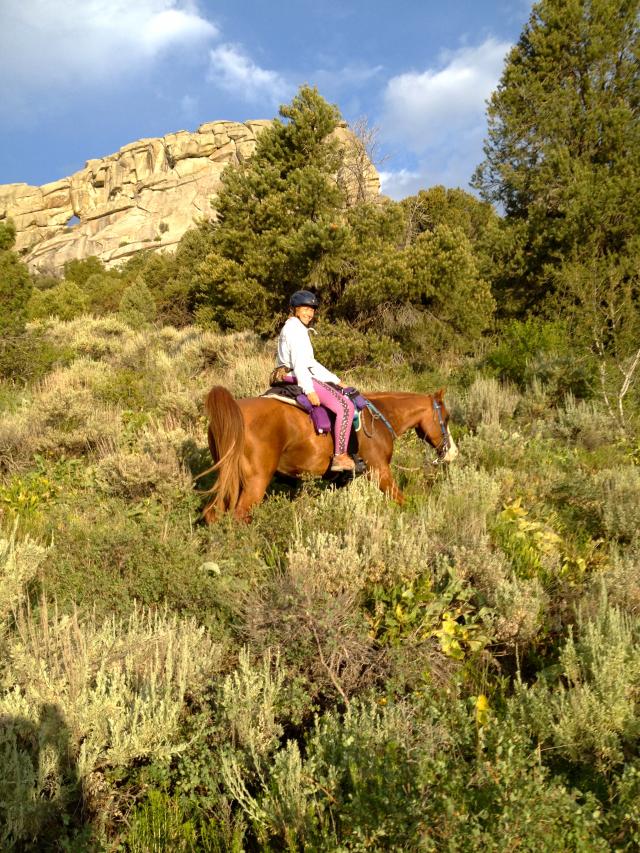 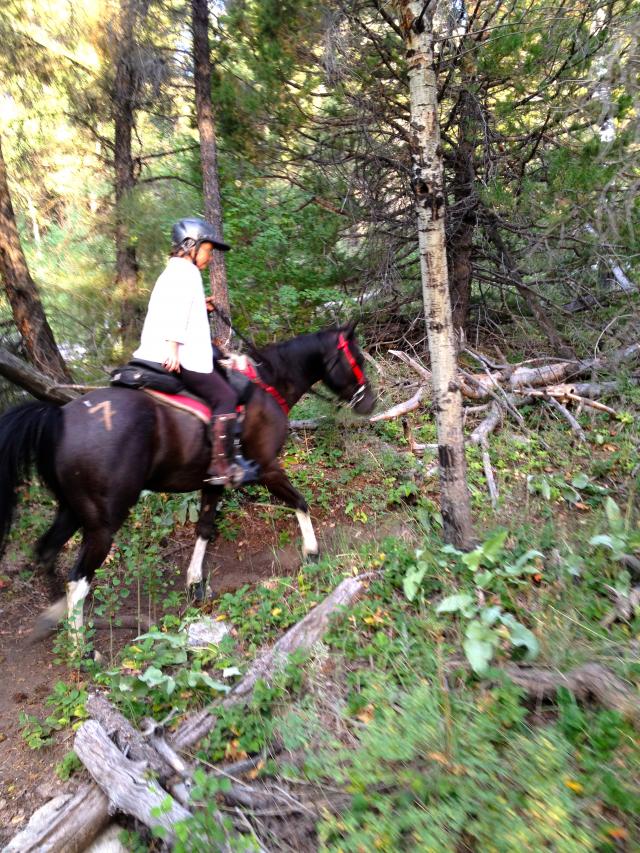 Carol Brand on her gorgeous gelding, August. It is a small miracle in and of itself that Carol has barefoot horses who go in Easyboots. She used to tell me their land was “just too abrasive, dry and rocky to go barefoot.” I knew she’d come around. Due to their abrasive, dry and rocky ground, her horses have incredibly functional hooves.

So keep on keepin’ on. Whether your at the beginning whacko, frizzy stages, or nearing the milestone of a big accomplishment, keep at it. Because when you do, you get to look back and remember everything you’ve gone through to get there. And you get to look forward to all that’s coming.