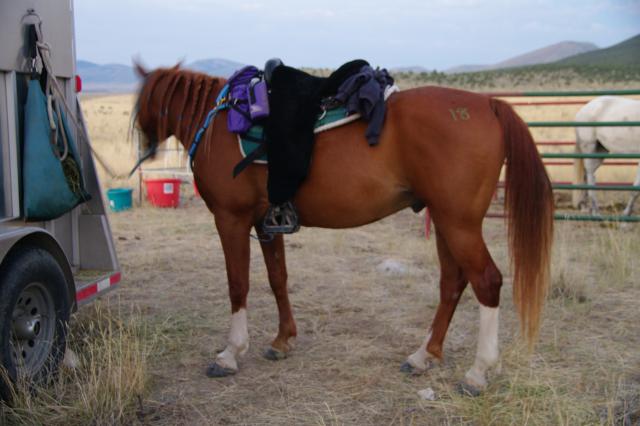 This was a year with a new goal for Thunder and me: to do two complete four-day multi-day rides in one season. A feat well performed by others, but not by me. I have done entire multi day rides on one horse but only one per year. This year we had two multi-days in Idaho and I felt I had the horse for it. He would turn 11 in August so he had the maturity, he also had over 2,000 miles so I felt he had the necessary base of fitness and strength. On our way to that goal we suffered one little setback, as nasty rub at Owyhee Fandango after one day of a possible three-day ride. I attributed the Glove gaiter rub to all the rain and mud. Plus I had not used my “nylons” trick of pacing a knee-high nylon over the hoof and pastern prior to applying the boot.

Thunder the morning of day 1 – the glued boots are so natural you hardly see them. Photo by Colleen Martin.

I found a tea tree lotion that seemed to give the best healing benefit of all. A month later I took Thunder on a 75, a prep ride for the upcoming four day City of Rocks. I made sure to use the nylons and he didn’t really rub but the skin got pretty pink by the time we finished 75 miles on a very hot end of June day. 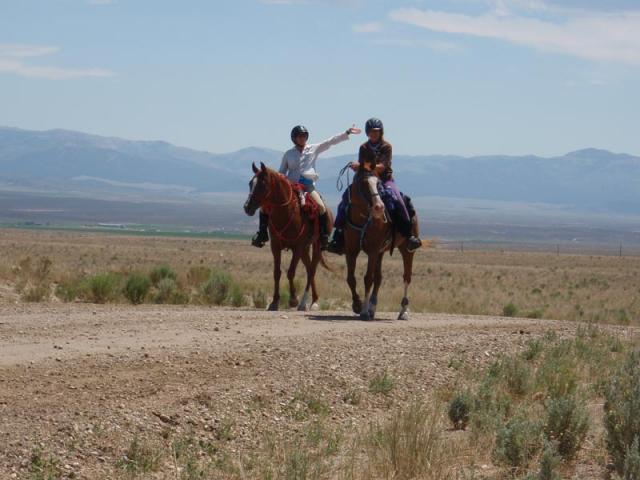 The finish of Day 1 with Layne Simmons on Harley, Thunder’s son. Photo by Merri Melde.

I now had only two weeks until the City of Rocks (COR). With all the new boot models and styles I still love the Gloves the most. This is because of great fit, easy to apply, they wear great and my horses move well with them. But I knew that if I wanted a successful four-day that I was going to have to glue boots. I contacted Christoph Schork because even though I figured that I “could” glue, I didn’t have the necessary guns for Adhere or Sikaflex. It just made sense to me to have an experienced gluer perform this task, and he was more than happy to help me. I ordered the shells and they arrived in record time. Thank-you Easycare, you guys are awesome.

My friend Colleen Martin from Washington had come to ride a couple days at COR. Her first ride since 1983, her first multi-day, and her first experience with boots was watching Christoph prep the hoof and glue them on. She was fascinated by the boots and I was pleased to see them go on Thunder. I felt confident that it would be a good week! 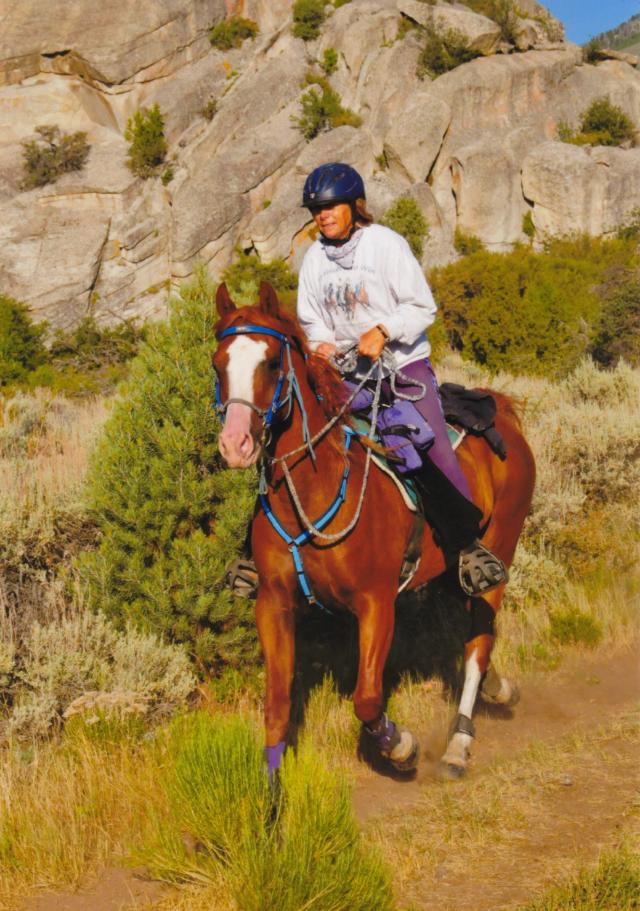 Thunder and I on day 2 of City Of Rocks – Steve Bradley photo.

And it was a fantastic week. The hard rock roads didn’t bother Thunder with the Gloves and the cushioning Sikaflex in the bottom. Up and down mountain trails, across creeks, extreme heat, 101 degrees, followed by a rapid cooling and a flash flood of a thunder storm didn’t affect the boots at all. They stayed put!! 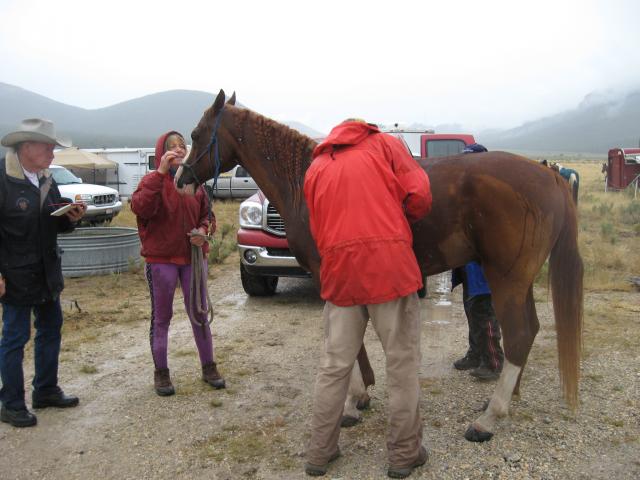 Vetting in after the storm at the end of 4 days with all glu-ons intact. Photo by Colleen Martin.

Four days – 200 miles – winning four day horse! And he was still sound and ready for more. I honestly don’t believe we could have done it without the glue on boots, without the Sikaflex to cushion the concussion nor without the Adhere to keep them snug. 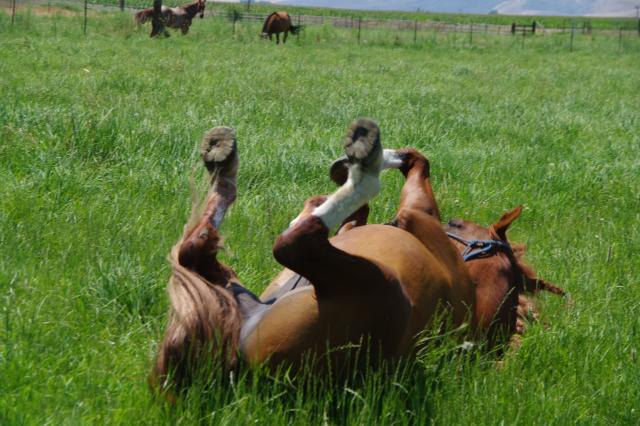 Thunder, happy to be home and showing off his boots! Colleen Martin photo.