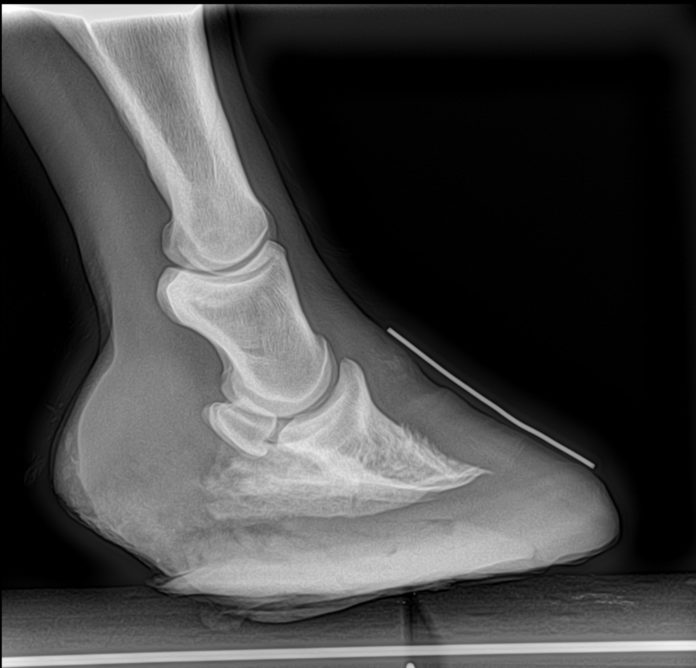 In this case study submitted by Philip Himanka of Not Only Barefoot LLC, he describes the approach that he and Dr. Allen Landes took to help stabilize the coffin bone on a mare with severe pedal osteitis through the combination of an EasyCare Glue-On shell and Therapy Click System.


A year ago, I was privileged to work with Allen D. Landes, DVM cVMA of Equine Medical Services LLC, who performed a tenotomy on a retired Thoroughbred mare race horse. Following the tenotomy, the mare recovered well with good realignment of the pedal bone due in large part to the magnificent rehabilitative care of the Center for Racehorse Retraining. See radiographs below dated 1/23/2018 and 1/08/2019 where one can appreciate the recovery and alignment of the coffin bone towards the toe and hoof capsule.

However, Dr. Landes and I were called back help stabilize the mare who had since developed a severe case of pedal osteitis. Apparently, while playing in the pasture, this horse sustained further damage to, and fracture of, the coffin bone, probably due to reduced bone density. The mare experienced multiple abscesses within the hoof capsule at the medial bar towards the heel, likely due to the break and presence of bone fragments.

After taking another set of radiographs, in preparation to address the break, Dr. Landes directed me to stabilize the hoof capsule and to create an opening in the sole for drainage and dressing care.

Several weeks prior, I had glued the EasyCare Glue-On shell with acrylic adhesive to stabilize the hoof capsule and give support to the already compromised pedal bone. To create the opening requested by Dr. Landes, we decided to leave the shell in place and to drill a hole into the sole of the shell so that antibacterial treatment and hoof dressing could be applied while allowing the abscess at the heel to drain. I then used the Click system, with a 5-degree angle, to cover the opening in the boot sole, serving as a hospital plate and raising the heels according to prescribed angles observed with the last set of radiographs. 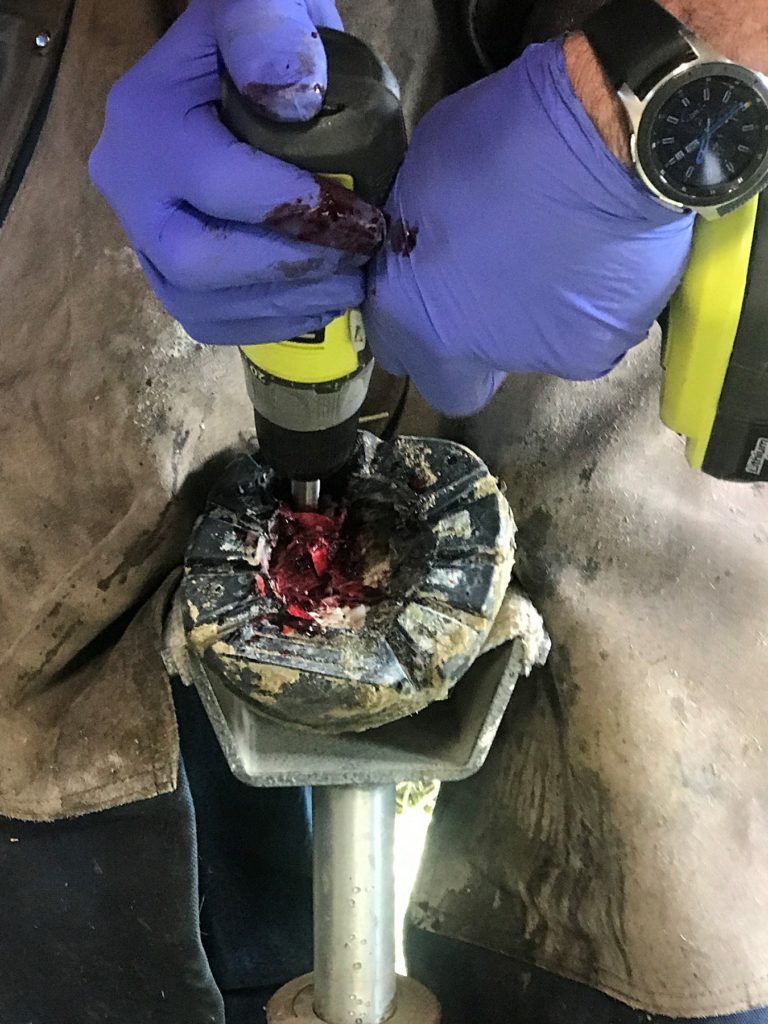 To address the continuous abscessing and drainage of the heel at the medial bar, Dr. Landes decided to proceed surgically after anesthetizing the horse and using a nerve block. It was quite impressive to observe his method which was to drill through the shell’s opening that I created, into the sole and the hoof capsule, and all the way to the coffin bone at the point of attachment of the DDFT and the impar ligament. Using a curette, he debrided the pieces of bone and scraped the periosteum in order to promote healing of the bone structures.

At the end of the surgery and with medication/dressing applied, we proceeded to re-attach the Click system. The process was easy, fast, and stable, given the Click system design which relies on 4 screws and the grooved setting within the shell. Since the Click system is not sealed and the shell is open at the heel, it makes it possible for the hoof to drain and promote blood flow and healing. While this mare has sustained many difficulties over the last year, we were able to use the EasyCare Glue-On shell and Click System to contribute to a better prognosis. 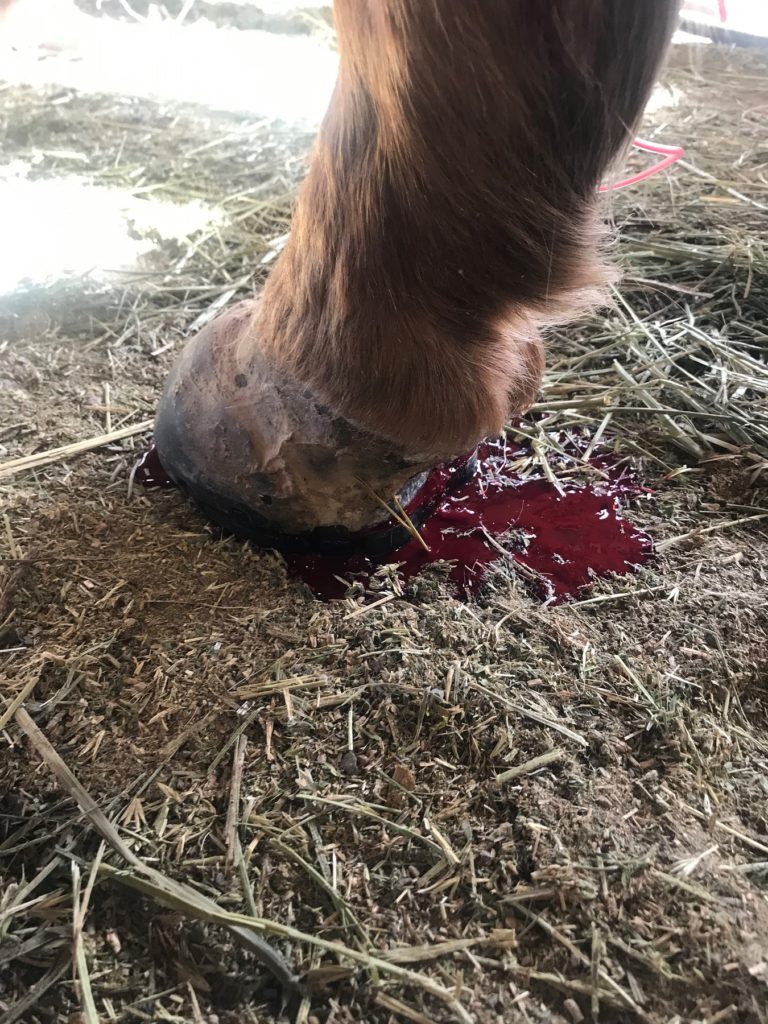 Submitted by Philip Himanka, Not Only Barefoot LLC