Last weekend I had the pleasure to attend the Cooley Ranch Ride in Sonoma County, California.  As far as I’m concerned, it’s a must-do event. The beautiful setting on a private ranch, the people, the food, the wine, great prizes, and most of all, incredible trails make this one of my very favorite rides.  Last year, Forrest Tancer and Cynthia Ariosta took over the management of the ride from Ruth Waltenspiel, and they had big shoes to fill because Ruth put on a fabulous ride for many years.  But Forrest and Cynthia made it a 2-day 100, added their own unique flavor (how many rides serve lunch, delicious catered dinners, and offer wine tasting?), and did an outstanding job the first year out. This year they continued to improve it. It was so well organized that there were rarely any lines for the vet, despite 150 or so riders! 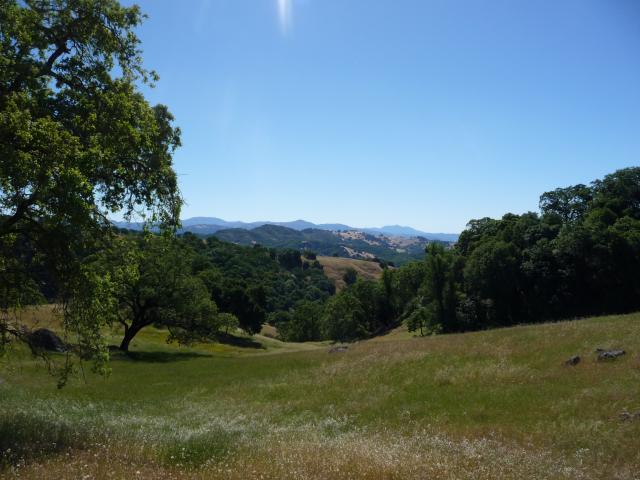 As I mentioned earlier, this is a great ride to attend, even when not riding! This week I’m going into my eighth month of pregnancy, so for the moment I’m relegated to “crew” but I didn’t even do that this weekend, as I was busy toddler wrangling my already-horse-crazy-2-year-old. Somehow my trailer got packed on Thursday and my horses were in the trailer when we drove out of the driveway Friday morning, thanks to my friends Pascale Soumoy, Melanie Lourme, and Joanna Proctor. Pascale and Melanie did a fabulous job of completing both days on Czeale SF and Billy the Sid.  Czeale was coming off of not doing much for the last few months, and Billy is fit but fat, so the goal was just to get through both days with both horses feeling good – and they did! Both of these horses have been barefoot for about a year and a half, and I have been thrilled with the progress their feet have made and how it has affected their movement. 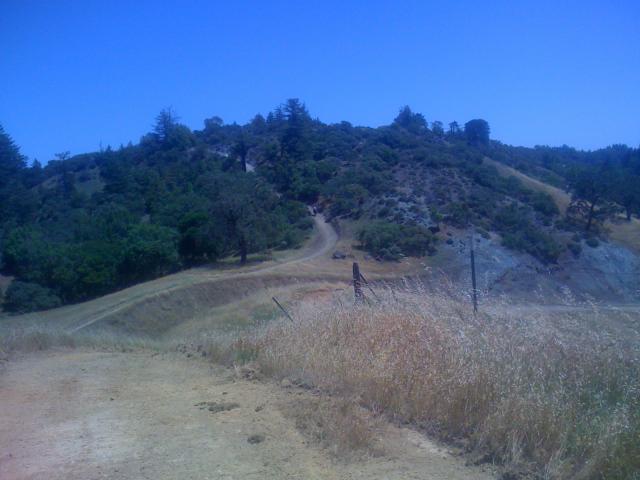 The weather was pleasantly cool on Friday, heated up on Saturday, and was blistering hot on Sunday.  The Cooley Ranch is located in an extremely hilly part of northern Sonoma County.  The hills are relentless, and while it’s usually hot in June, Sunday’s temperatures went into the 100s in spots and made all those hills even more challenging for horses and riders.  Fortunately there were lots of creek crossings during the ride, so riders did have opportunities to cool their horses off.  Needless to say, ride times were longer on Sunday by about two hours, with the front runners finishing around 2:30 after a 6am start. Tough ride. Back in camp, my little girl Larkin was thrilled to be there with some of her favorite people, tons of dogs and horses, and lots to explore in the creek. 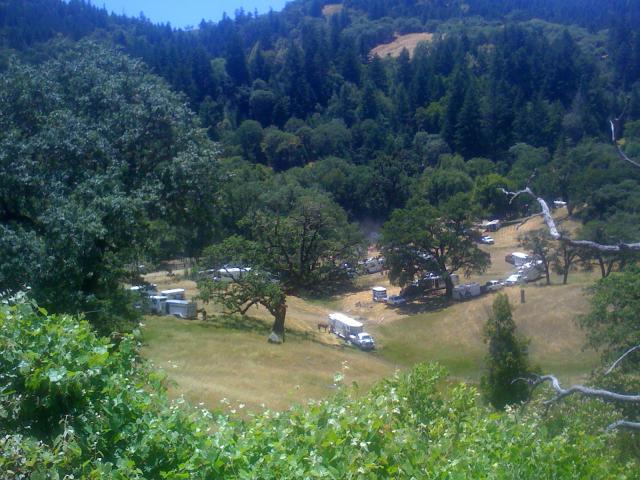 Booting Challenges
I try to look at every ride (and therefore every gluing session) as an opportunity to try something new that I didn’t do the previous time, or correct mistakes I made previously. My hands are not very big, and I find that they lack the strength needed to get enough Adhere out of the gun before it starts hardening up inside the shell. I have had much better luck with Goober Glue (especially in the dry months), and more recently, good luck with the new Goober Glue, so I was planning to use that for both of my horses.  Thursday was booting day. A friend of a friend, Joan, cam over because she had never glued on boots before and wanted to watch and get some advice.  She had done a lot of reading and came prepared with Adhere and Goober Hoof Pack. She brought her horse and we got started. Pascale, Melanie, and Joanna were there to help too. We got started on Czeale and worked our way from the back feet to the fronts. A drawback to Goober Glue is that it takes a bit longer to cure than Adhere, so you have to hold up a hoof for a while after gluing each one, which gets tedious. Sometimes one or the other front boot gets twisted in the curing process, and if I catch it in time I try to correct it. If I have Adhere on hand, sometimes I can get just enough in place inside the boot, pop the boot on again in the correct position, and smear some Adhere around the top to seal it while the rest of the glue is setting inside. It’s not pretty but it has worked in the past and we did it on one of Czeale’s feet this time. Yes, I did read that post on Thursday morning about the Adhere “lock”, which I thought was a great idea, but I just don’t think I have enough hand strength, especially these days with pregnancy carpal tunnel, to put enough of it in the quarters to stay on.  Plus I was willing to give the new Goober Glue another chance since it worked well on my mare a few weeks ago when Pascale took her to a ride.  Anyway, Melanie has helped and observed several gluing sessions and when Czeale’s boots were on and I realized I needed to sit down for a while, she helped Joan with her horse. I was nearby, making sure they didn’t miss any steps. 19 and strong, Melanie does not have the same issues that I have with Adhere, and she likes that fact that it sets so fast.  Joan’s horse’s feet were done about 45 minutes later, and then Mel moved on to put Billy’s boots on, also using Adhere. His boots went on, stayed on overnight in the pasture, and off we went in the morning to the ride.

My takeaway was that I am happy with the new Goober Glue and will still plan to have Adhere on hand for last minute saves. 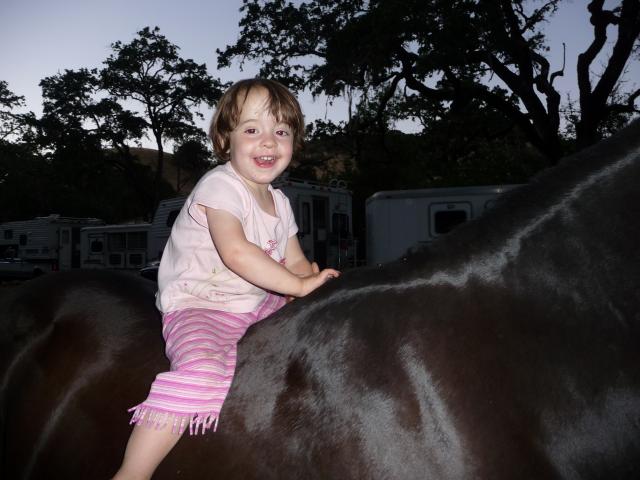 It is stunning and as you can see, the ups and downs are endless! I should line up babysitting now so I can actually ride it next year!