Thanks to EasyCare, I recently had the opportunity to attend a four-day equine thermography course with Donna Harper DVM. Dr Harper is one of the pioneers of equine thermography and has a wealth of knowledge to share, which she does very generously. Thermography uses an infra-red camera to translate skin surface temperature into colour screen-images. This enables us to look at the heat patterns on a horse and detect any anomalies in those heat patterns. I am really looking forward to playing around with thermography – wouldn’t it be nice to get some controlled comparisons of heat patterns in barefoot, booted and shod horses? 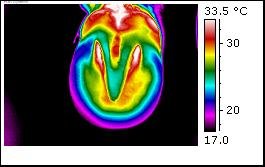 This is a thermograph of the right front sole of one of my horses after day three (150 miles) of a five day (250 miles) ride back in 2006. The horse was booted in Easyboot Bares for the entire ride. It’s hard to argue with such a nice heat pattern. Image by Jean Koek.

In the course, Dr Harper covers not only theory and practice for the thermograph technician but also stresses the need to understand, limit and correct for ‘artefacts’ that will compromise the integrity of the image. She also emphasises that correct reading of images requires an in-depth understanding of anatomy and physiology.

This image has been doing the rounds for years. Usually it is suggested to represent what happens to limb circulation when a horse is shod (front right) compared to unshod (other three feet). In fact, what it actually shows is a heat pattern absolutely consistent with cervical nerve dysfunction – that is, the shoe on the front right is largely irrelevant to the cool temperature pattern seen here.

Dr Harper has a wide range of interests on top of her equine thermography practice/instruction and her regular veterinary work. Amongst other things, we looked at and discussed an interesting horse-shoe she concieved, developed and tested on her own gallopers. She outlined her ideas on the characteristics of a saddle-pad that would actually work at protecting the horse’s back from less than perfect saddle-fit or rider equitation. And of course we discussed prosthetics for equine amputees, a topic close to her heart. 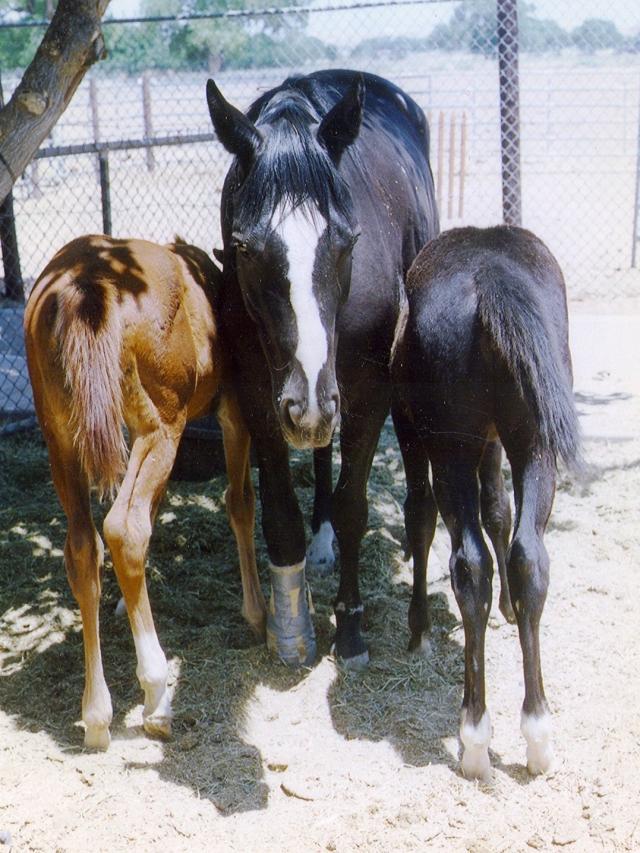 Here is Dr Harper’s thoroughbred amputee mare, Oink, nursing a couple of foals. Oink wore a prosthetic limb and raised five foals of her own and an additional two orphans to boot. Her only foal that was taken to the race track won its first race. Oink was only recently put to sleep after seventeen years as an amputee. 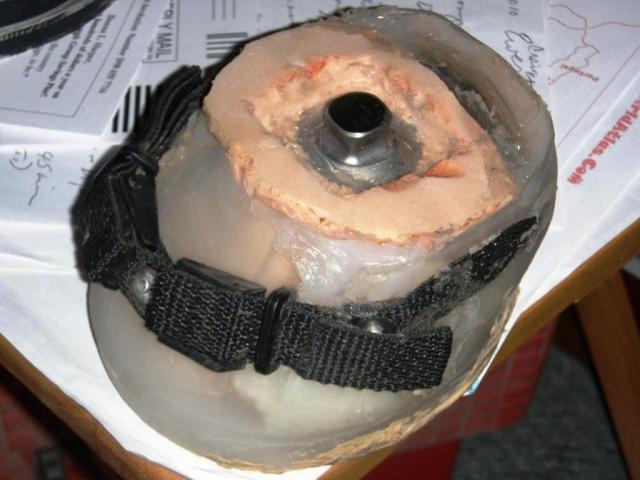 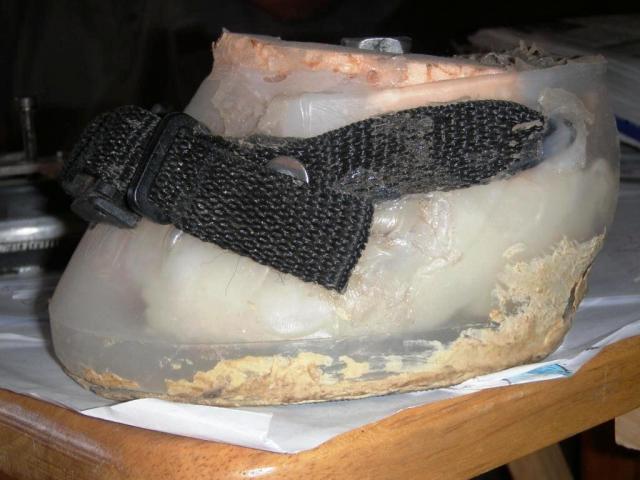 You can see here a prosthetic hoof Dr Harper made out of an Easyboot.

Thanks Dr Harper for a stimulating four days and thanks EasyCare for facillitating my attendance.