I had the good fortune to attend another Teskey clinic last week in Fort McDowell, Arizona. It was fantastic to hear him again ten months into my own barefoot transition. Teskey graduated from Colorado State in 1995. He practised as a verterinarian for ten years before returning to his famly ranch in central Arizona six years ago. He is now known as one of the most passionate barefoot proponents in the US today. 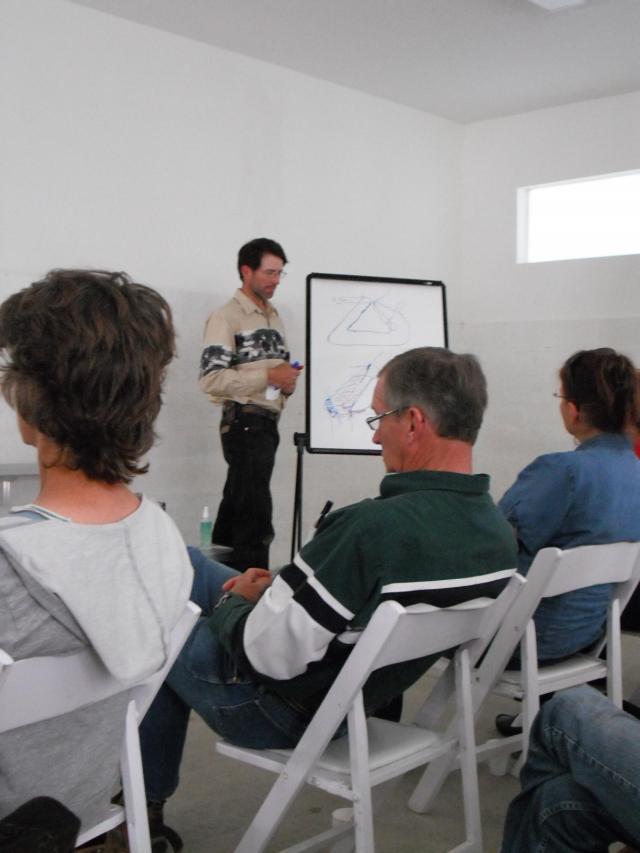 Characteristics of The Healthy Hoof
1. Arched hairline and quarters; similar heel and toe angles.
2. Rounded in the fore with a richer collection of sensory receptors – used for steering, feeling etc.
3. Spade-shaped in the rear so they can be the driving force; the motor.
4. Light versus dark: they can be either!
5. Some red hemoglobin in feet is normal: don’t be alarmed.

Parts & Pieces of The Hoof
1. Cone: stores up potential energy like a spring. The absence of a conical shape creates deformity or a squeezed structure. Coffin bones are shaped like a cone so the hoof wall should mirror that shape in three dimensions. When you load it with weight it deforms slightly – it has spring.
2. Dome: like the sole of a barefoot hoof, the bottom of the coffin bone has a domed area creating very strong mechanics. If it is made of material that is springy – think of the effect of a cone on top of a dome. It’s weight-bering capacity is tremendous.
3. Triangle: the addition of dynamic structural integrity in various places throughout the hoof including the bars and the frog.

The Shoe
A shoe prevents natural movement of hoof walls but does not prevent downward movement of the coronet. Shoes are fixed to the hoof in the non-weight bearing, less expanded state – thus the sole is held in a vaulted position against the descending coffin bone. In the weight-bearing position, the hoof can expand in width up to ¼” more than the hoof in the non weight bearing position. The shoe eliminates this expansion.

Shod hooves are disallowed torsion and flexion. Professor Smedegard (Netherlands, 1997) determined that the shoe’s force on abrupt impact with the ground all at once prevents natural break-over and defeats normal mechanism.

Stone bruises, Dr. Teskey claims, are often not stone bruises: they are the effect of the coffin bone slamming into the sole and creating pain. The lack of torsion and flexion in the shod horse creates less circulation of blood and the heels begin to contract, creating pressure on the navicular bone. The steel shoe prevents flexibility and the intricate structure of the hoof and the way it reacts to concussion can become significantly compromised.

The nail holes used to apply shoes compromise insulation. In a study by Luca Bein, (1983, University of Zurich) a shod foot moving on asphalt at a walk is subjected to three times the impact force of an unshod foot moving on asphalt at a trot. Nail holes also allow the invasion of bacteria and fungi through nail tracks to inner wall and white line areas. 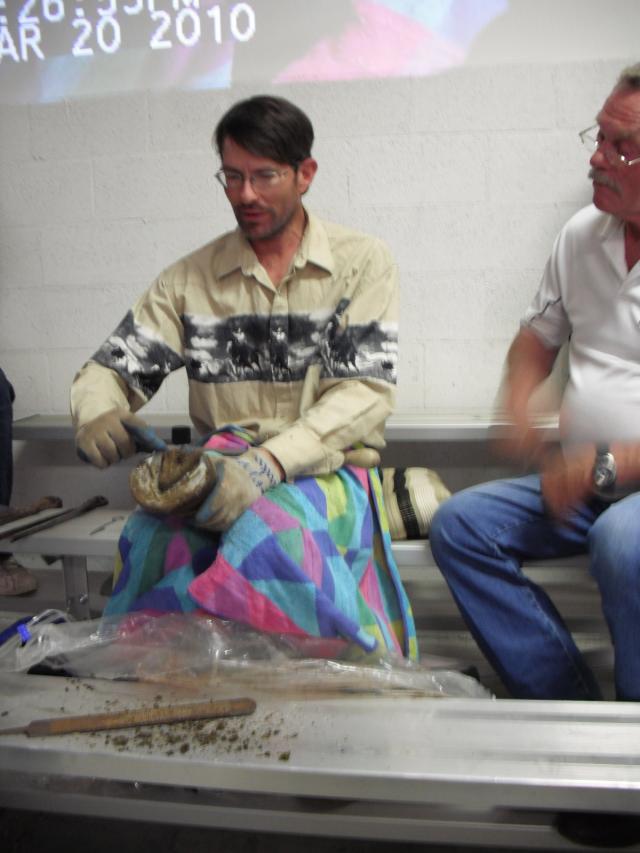 Heel First, Then Toe
The heel must land first, and then a rolling through the arch has to take place for the biomechanics of the hoof to work properly. Because so many shod horses are toe strong, they land with the toe. They are literally staying away from their heels. A strong digital cushion in the rear of the hoof is necessary for the hoof to be healthy. A steel shoe on a horse, says Teskey, is like attaching a board underneath a human foot.

Horses that trip or stumble may be trying to avoid landing heel first. In some cases it can take time to convince them to move differently, even after the pain is gone. The years of habit can be hard to break.

Parting Thoughts
Natural hoof care goes hand in hand with natural horsemanship philosophies and techniques. Both respect the natural abilities and welfare of the horse. A sound horse is one that can comfortably walk, trot and canter with animation and impulsion on unfettered feet. Protection for hooves, as needed, should be achieved with hoof boots: they provide dynamic, complementary shapes that allow the hoof to expand and contract with the movement of the horse. As passionate as Dr. Teskey is about barefoot, he underlines that hoof protection in the form of boots is a necessary tool for today’s working horse.

I am responsible for the marketing and branding of the EasyCare product line. I believe there is a great deal to be gained from the strategy of using booted protection for horses, no matter what the job you have for your horse.