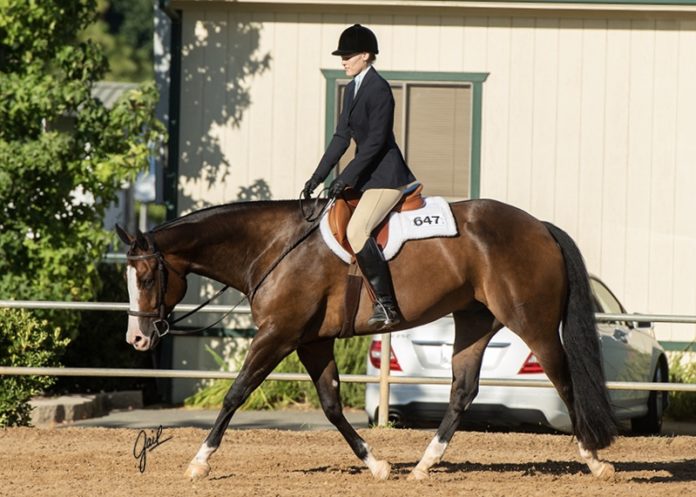 The Eyed Attraction, also known as Cruz, was born in 2014 and is registered with the American Paint Horse Association (APHA). Since he was three years old, Cruz has shown in the open division in all around pleasure events with the APHA. He currently has over 200 points, which earned him the APHA Champion Award in 2019! When Cruz isn’t showing, he is helping his owner, Anna, teach equine classes at Feather River College. Cruz demonstrates patterns, maneuvers, and trail obstacles, and helps run the mechanical flag, work cows, and more.

I began trimming Cruz in the fall of 2019. Anna had recently seen Pete Ramey’s Under the Horse videos and was excited to try keeping Cruz barefoot to help improve his movement and strengthen his caudal hoof (back half of the hoof). Cruz had spent the previous three years in various rehabilitative shoes with the intention of increasing his palmar angle, but he was often lame after being shod and wasn’t fully extending at the trot or landing heel first.

Our first priority was to ensure Cruz was comfortable and sound without shoes, and then to get him landing heel first. After I pulled his shoes, I fit Cruz for Easyboot Clouds for stall time and Easyboot Glove Softs for riding in the arena. We played around with different pads in the Gloves and watched him move to determine which pads created the best movement and the most comfort. I would watch as Anna rode or lunged Cruz, and I also utilized the slow motion video option on my phone to ensure we were seeing a heel first landing. Also, because Anna is such an accomplished and avid rider, she could give the feedback necessary to determine we were on the right track and that Cruz was moving correctly. We started him in thicker pads and gradually transitioned him to the 6mm medium density comfort pads. 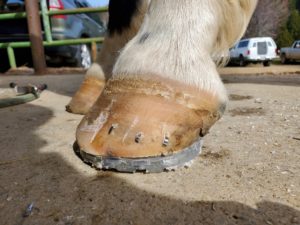 Cruz went barefoot again when show season ended, and is currently wearing the N/Gs for the 2021 show season. He recently won the Hunter Under Saddle event at the Gold N Grand Show. Anna says that he moves wonderfully, and really extends and lands heel first at the trot.

Cruz’s feet have shown remarkable improvement since we transitioned him from metal shoes. I saw his hairline relax immediately, and over time, his sole depth/concavity increased. This was confirmed by comparing radiographs taken before pulling shoes in November 2019, and then again in October 2020. We’ve also seen improvement in the strength and robustness of his heel and frogs, which is further confirmed by his beautiful movement that is winning over the judges! 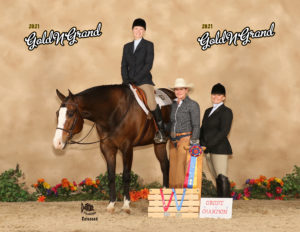