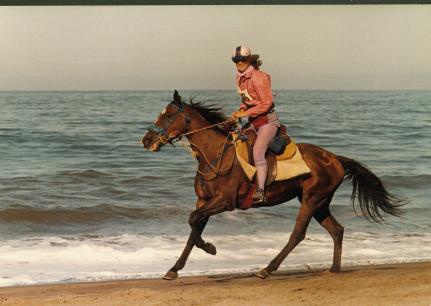 The Man From Snowy River

Did that movie inspire you? Well it inspired Janet and Joan in 1982 to try Australian stock saddles. Janet had been riding a high-spirited and high-withered Thoroughbred horse who was hard to fit a saddle to. In 1983, she rode her Thoroughbred mare at the Tevis using a Syd Hill saddle. In 1986, Janet and Joan formed The Australian Connection. They quickly saw a need for other trail and distance riding products and started selling saddles and other tack they believed in, testing other trail and distance riding gear.

A Long-Distance Junkie
Janet Pucci has been running the company solo since 2008. And running is very familiar to her. "As a long distance runner for more than 25 years, I have a pretty good sense of what my horse goes through on endurance rides," says Janet when asked what someone can expect when coming to her. "In fact, I have a lot of empathy for horses. In my business, we try to help our customers find a suitable solution to their riding issues. We test the products we sell, have our favorites, but don’t let that color what is best for each individual horse and rider." What more could you ask? 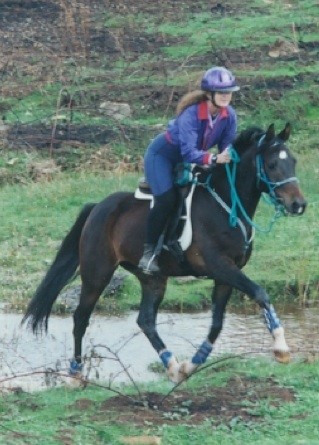 Easyboots Then, Easyboots Now
When asked to describe how the boot industry has changed, Janet scores a hole in one: "Boots have changed from a temporary shoe replacement to a go-to hoof protector for all riding disciplines." At EasyCare, we’re proud that Easyboots were one of the first products The Australian Connection carried, and continues to do so.

The Magic of the Right Inventory
Janet carries Gloves, Glue-Ons, Epics, Original Easyboots and EZ Ride Stirrups in stock. And she will order other products as needed. "The Glove is my best seller now," Janet proclaims when asked about today’s trends. "And I tell people that they have to practice with Glue-Ons before they go to an event."

Barefoot and Booted
Janet’s horses are all barefoot. She has two Arabs and two Anglos. "I usually ride bare, but if I’m conditioning, I use Gloves or Glue-Ons," she says of her booting preference.

Rewards
Janet has a Bachelor of Arts from UC Davis in Mathematics. Before starting The Australian Connection, she worked as a programmer for many years. "In 1986, I started running ultra marathons. My favroite is the Way Too Cool 50 Miler." Her first Easyboot encounter was on her second 50-mile endurance ride. "I lost a shoe and I had no boot. Another rider loaned me his and it fit. It was definitely a ‘pay it forward’. Since then, I’ve always carried an Easyboot and I’ve kept my sense of humor."

The two crowning experiences for Janet were finishing the Tevis on a horse that had multiple attempts, but had never completeted; and then going on to run the same course herself at the Western States 100 mile run.

The Crystal Ball
When asked to gaze, Janet says the barefoot/booted industry will continue to grow.

Post Script
If you want to visit The Australian Connection’s webiste, there’s a .us extension: theaustralianconnection.us, lest you forget the company is based in California.