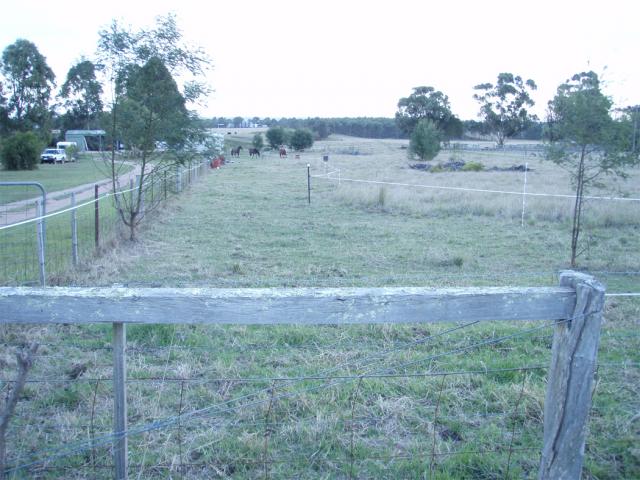 Around our area of eastern Australia (and probably Australia in general) it feels like we have been in spring for at least 12 months, with abnormal and continual warmish and wet weather promoting amazing pasture growth. After being in perpetual minor drought conditions for the last decade at first this change was wonderful. But after struggling with weight and hoof issues for the last year, we’re all a bit over it now.

No-one likes to have their weight issues commented on, and Joby felt that having a grazing muzzle on for at least 12 hours of every day very insulting. To me it was a much better alternative to locking her up in the proverbial Jenny Craig paddock, but Joby apparently liked her voluptuous figure – without the time to keep her in full ridden work, I was losing the battle despite the feed restrictions.

All that changed in the space of an afternoon when I decided to create a paddock track in her 2 acre rectangular paddock that she shared with 2 other horses. Using some steel star pickets at the corners, and push-down stakes at intervals in between, I was able to create a version of Jaime Jackson’s Paddock Paradise – a simple track around the perimeter of the paddock, approx 2 horse widths wide along the straights, more in the corners for flowing movement, and bending where necessary to wind around trees and stay away from non-grassed areas. I was able to put in the pickets and posts, and thread the tape around the whole way in less than 3 hours by myself (with the help of a Jack Russell Terror called Hedgehog!)

It reduced an overgrown paddock into a manageable containment area, promoting movement and interest – there is often a “catch-up” feeling with the horses. Joby has lost a little bit of weight without needing to be muzzled and is talking to me again. As the feed in the track area has gone, I have started shifting the fence tape inwards to allow more feed, and/or let them in to the centre area for controlled grazing time.  I contructed it very early in January and these photos were taken 8 weeks later. Although the track is well eaten it is holding it’s integrity, and the centre is still overgrown. One horse per 3 acres used to be the normal grazing ratio – the last year it’s been ridiculously different. 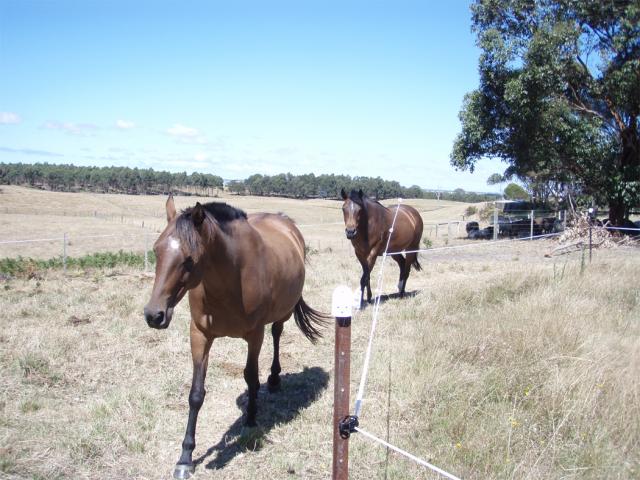 The paddock track has been a great solution to a frustrating problem, keeping the horses happy and healthy promoting movement which is great for hooves and weight reduction. It  will be easy to dismantle in winter if the pasture growth slows down and/or they get more work. All I can say is if I had known how easy it was to construct I would have done it much sooner!