It’s amazing to think that the end of October is in the very near future. Sights are set on the last PNER (Pacific Northwest Endurance Rides) ride of the season. Such a sad event, as not only does that mean no more endurance rides ’till March, but it means the reason there are no more endurance rides ’till March is well on its way.. That would be winter. I can’t help but feeling cheated, as it seems that only yesterday was it the first real warm day of the summer. And now it’s gone! We have had a blustery couple of days. Just a week ago, we were soaking up the final rays of summer, enjoying a glorious fall day in the mountains, and today we are shaking in our boots and expecting the first hard frost of the fall. Sigh.. 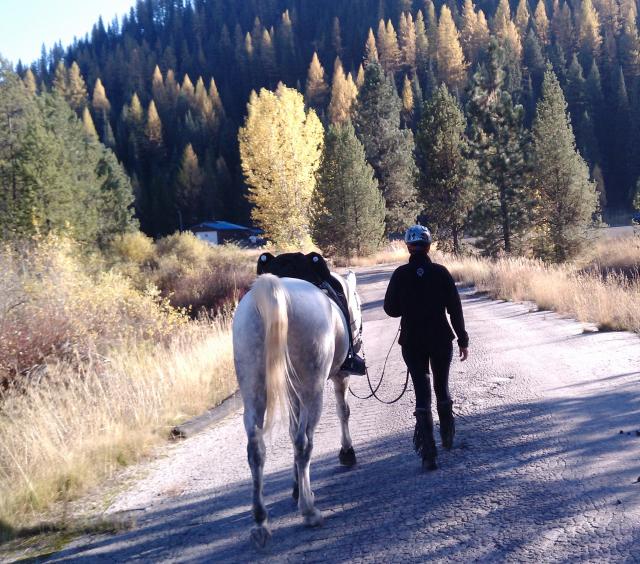 Sally and Granite headed back to the trailer after an absolutely gorgeous, perfect fall ride. Granite rocked the Gloves, having only ridden in them twice previously.

In the last month, I have been focusing on bringing Khopy back from a period of time off after his first 50 at Old Selam. He was off for four weeks, not for any reason other than the fact that I just didn’t have time! After Canyonlands, however, I got Khopy back to work, and was pleased with what I found! Not only had the few weeks off after Old Selam allowed him to grow some foot, he appeared to be feeling pretty dang good barefoot! I have ridden him 100% in all four Easyboot Gloves all spring, summer and fall. I just now have retired Khopy’s boots. I tried to figure out about how many conditioning miles I have on his boots, but I haven’t recorded all our rides. However, I CAN say they have gone strong from March through October. From desert to mountain, in sand, through rocks, over miles and miles of decomposed granite. How many people can say the same about one set of shoes? 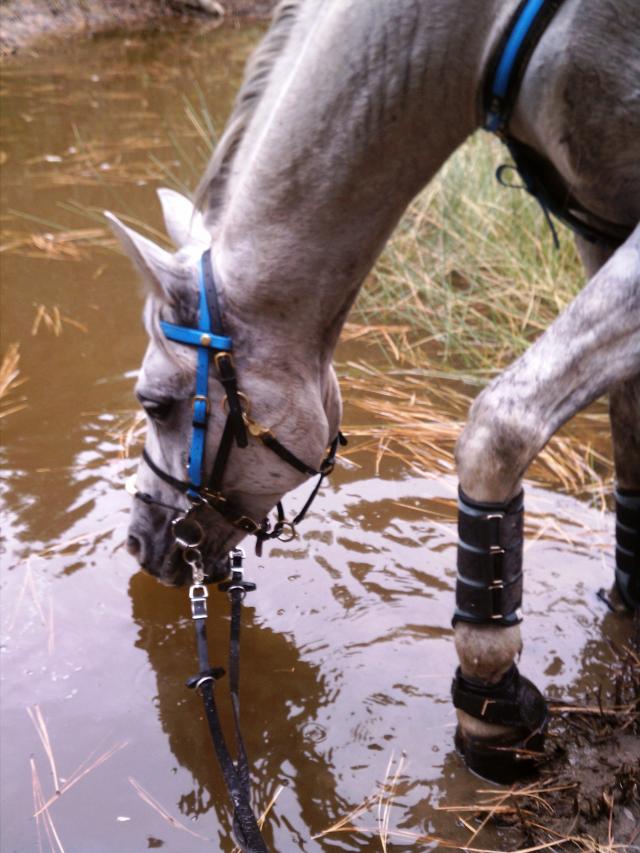 Khopy doing his best to get his boots as nasty as the rest of his body. He is a piglet in a beautiful grey body! 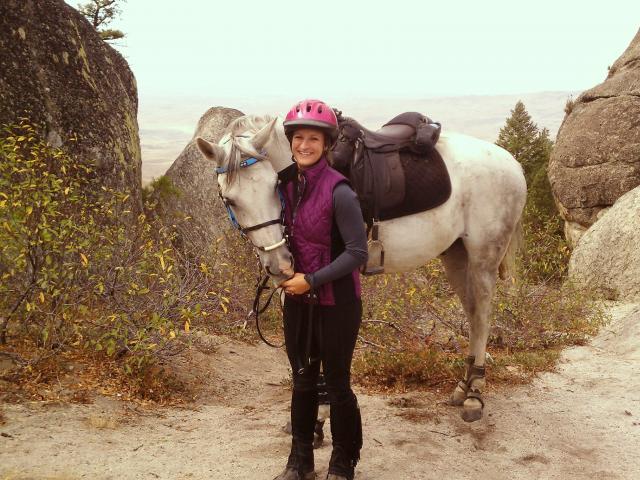 On top of the world. I don’t know how many times these boots have made this trip!

I also have to say that in all of those miles, I have had a boot come off two times. One was last weekend when it finally broke at the screw holding the gaiter to the boot at the heel, the other was on a freshly trimmed hind foot with no tape or Powerstraps. Lesson learned! 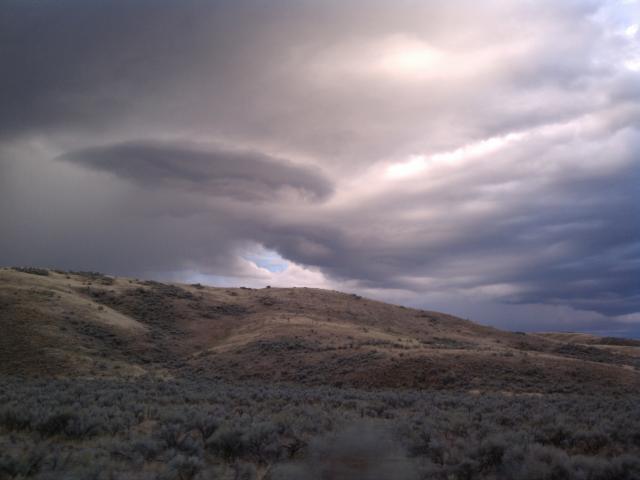 A fall storm rolls in. Luckily we were finished riding at this point… 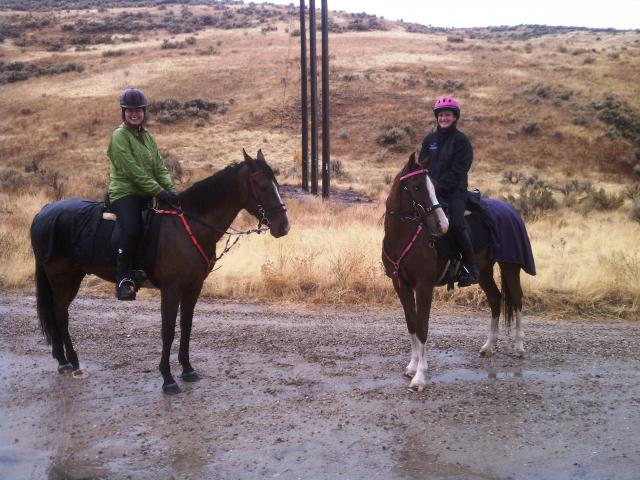 The next day, not so much. What a wet, soggy, cold ride! We hoped that if we rode in that weather last weekend, that next weekend at the ride nothing would seem bad!

So, for a basic math equation- one set of steel shoes (here) costs $125.00. More for aluminum and even more for added sole padding. Repeat every six weeks. For eight months. That would be approximately five shoeing appointments, which would work out to about $625.00!! YIKES! One set of Easyboot Gloves with Powerstraps cost roughly $260.00. Add hundreds of miles. Throw in some rock. Add in some sand for fun. Keep riding. And Riding. And riding. My hind boots are shot, the fronts are close to being done, but I ride A LOT! The average rider could get a year or more out of one set of boots! For now, I will lay mine to rest or disassemble them and use them as glue-ons if needed. 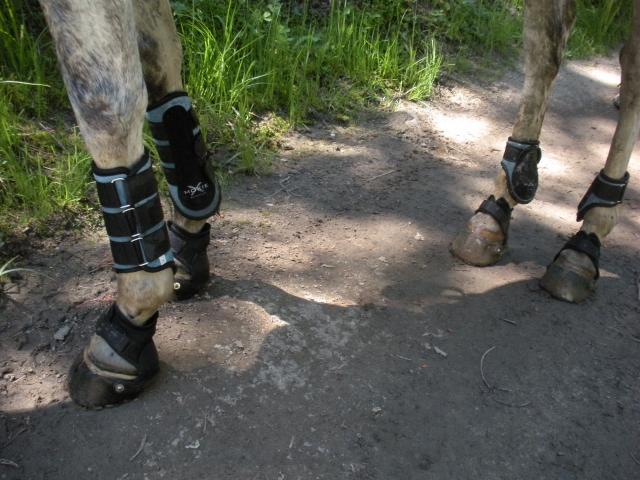 Thank you boots, you done good.

For now, I am trying to get ready for the ride this weekend despite the inclement weather and the sudden urge to hibernate. Despite the fact I am *always* cold and prefer 100 degree days to 50 degree days, I can’t stifle the excitement and sadness I feel when looking to the last ride of the season! I hope to make it a success, and end the season on a very high note. 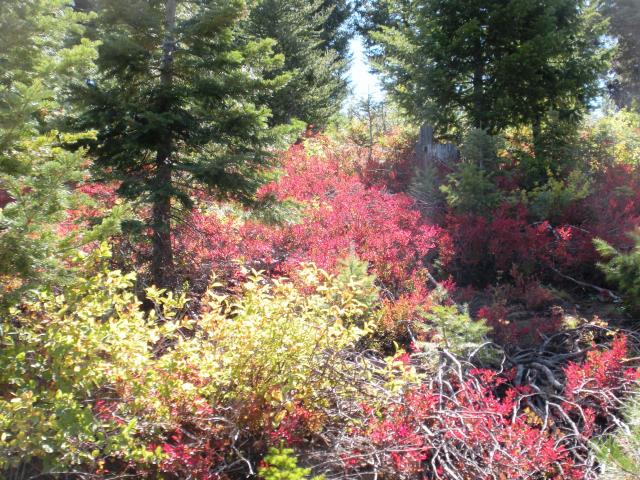