My horse Diego completed his second 50 miler last week in 6th place out of 21 horses. He wore Easyboot Gloves on both front feet, with the back feet bare.

It was hot. I think we reached 34C temperature wise. I have no idea what it was with the humidex but I would guess close to 40C. I ended up spending the night in the hospital. I was released around 10 a.m. Monday. I had heat stroke and severe dehydration. They put me on i.v. and admitted me for observation. My blood work was a mess. I had almost no potassium or electrolytes in my system. It was the hardest ride I have ever done because of the heat.

The trails were gorgeous and the going was relatively easy. Diego got stronger all day long. Never struggled and was at parameter as soon as his saddle was pulled in every vet check. He was all A’s except for a few B’s on skin tent… but that seems to be normal for him. We did get an A the following vet check. My friend Deanna crewed Emma Webb (one of the juniors competing for Canada in Kentucky on July 30th) and I on trail and so did Emma’s Mum, Wendy. 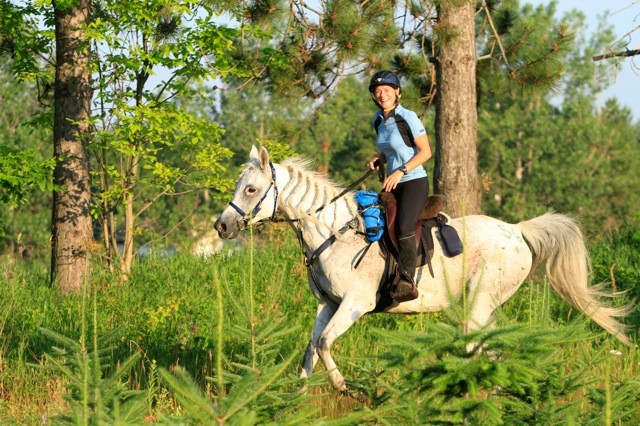 But back to Diego, that horse is amazing. He was a rodeo at the start. He bucked and careened down the trail like a lunatic for the first 2 miles. After the first 2 miles of the stupidness, I let him into a steady gallop which made him happy. I was worried it would toast him but nope, after the first 5 miles, he settled and just did his job. Emma and I took turns switching up the lead, about every few miles or so, and both horses paced very well.

Zillary has a fairly big trot and Diego did choose to canter about 1/3 of the 50 miles I would estimate. He could canter at Zillary’s trotting speed. He can trot at the same speed but seems to travel happier at the canter. His working heart rates all day ranged from 98 – 120 bpm. Deanna crewed us about 3-4 times every loop with lots of water and watermelon and advil. I had a fall on the first loop and my butt hurt like heck but I am an endurance rider and I was going to finish this ride because my horse was doing so well and he deserved to finish this ride.

Ending up with severe dehydration and heat stroke and being admitted to hospital for the night was not part of my ride plan. They checked me every two hours and gave me tons of fluids and electrolytes and pain killers. They also took my blood every two hours. Lesson learned. We have to take care of ourselves equally to how we take care of our horses. I didn’t eat or drink enough all day. 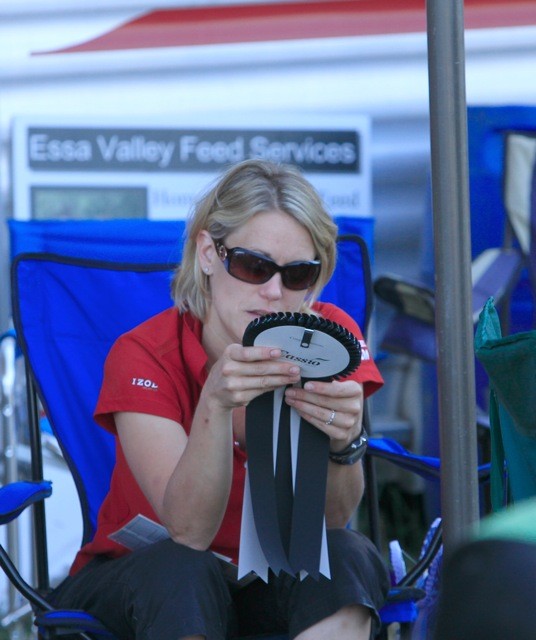 Diego rocks. A few people have commented that he will be a 100 mile horse. I wouldn’t be surprised. He almost seemed to get stronger as the day went on. He was tired on that last loop but had completely recovered by the time he loaded up to go home.

My Easyboot Gloves were awesome throughout the ride.  I did use athletic tape. I chose not to glue on for this ride as the going was easy on their feet and I could have gone barefoot.  However, I prefer to have the protection of the Gloves to ensure I don’t get pulled for something as silly as a stone bruise.

I learned a lesson about taking care of myself at rides. I will be carrying electrolyte tablets and tums on trail and I will be taking them as a habit whether I think I need them or not.