I am a new distance rider and competed in my first two limited distance events this fall. Both events were MUDDY! The first ride was Spook Run in October in Clark State Forest in Indiana. We have had higher than normal rainfall in Indiana this year and the week of this ride was no exception. In some places, the trails had turned into a streams. I was using the Easy Boot Gloves and they never budged an inch in 30 miles of mud, rock, and hills.

My next ride was Cave Country Canter in November and it didn’t seem possible, but the mud was even worse at this ride. Not only was it deeper, but it was that thick, heavy, sticky, clay mud. My front boots never budged. One of my hind boots finally gave up toward the end of the ride, but I heard it come off and I was able to scoop it up. I know several other riders were using other types of boots and they lost ALL of them. I made it through 30 miles and still had all 4 boots.

I think the new Easy Boot Gloves are fantastic and will be the boot that will really convince people that boots are the way to go. They are easy to put on and take off. I’ve used several other types of boots and these are the best! 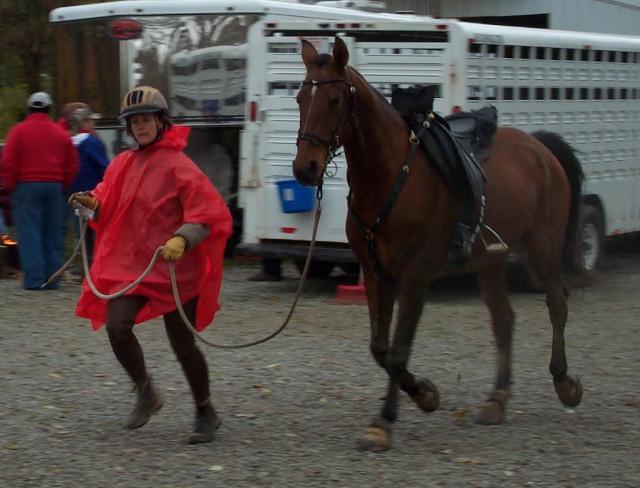