It’s been two weeks since I got my box full of treasures. Ok so you know you have a sickness when you consider a box full of hoof boots to be treasures, but I think most reading this blog can relate.

I was super excited to really test out my new Glove Wides, and got the chance the following weekend when my girlfriend and I loaded up the ponies to head for the hills. While I normally would have taken Topper, I have been itching for the chance to take up my newest pony called Chant (when he’s good- he’s got several other names as well that aren’t appropriate for this blog) for a little religion. The kid’s got talent, and attitude, as well as some freaky natural ability that has made it difficult to bring him down a notch. A ride in the mountains was *exactly* what was needed. 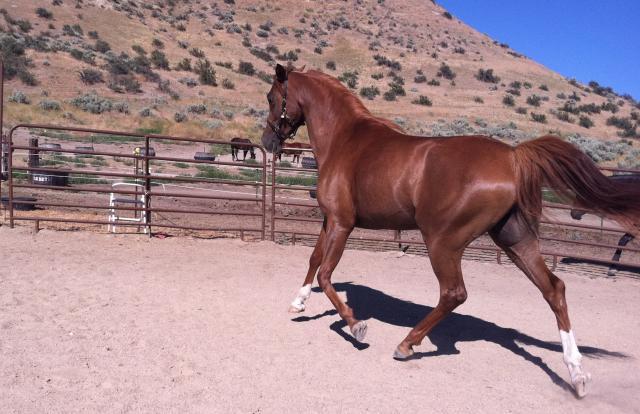 The kid’s got some attitude- and some moves! 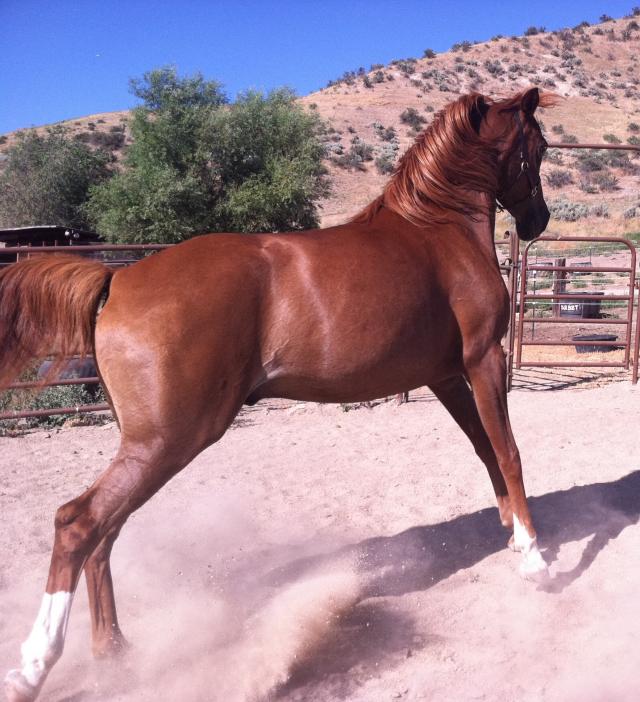 Part of the reason I hadn’t gotten to ride him a whole lot was the fact that I couldn’t get a good fit in Gloves on his wide, front little feet. I refuse to ride a horse who needs boots to be comfortable on our trails, so our rides were limited to the arena and the soft sand trail we have around the place. I was psyched to pop on those wides and be ready to go.

Chant looking nonchalant before our ride. “Ya, mom, I got this. I have mad skills!”

and 8 miles straight up later…

I knew the left boot fit perfectly, and never had a problem with it for the entirety of the ride. I suspected he might twist the right boot a little, which he’s done in every boot I’ve put him in. A few miles into the ride I looked down and saw the boot twisted, which was solved with a few wraps of athletic tape (never leave without it!). Popped the boot back on and we were golden for the rest of the ride. We rode 14 miles with 2000 feet of elevation gain. About halfway into the ride (ironically at the top of the mountain) Chant had a short meeting with Jesus. I think he thought he might die up there, which is awesome. Now don’t feel too bad for him, the ponies got about a half an hour to rest while we gorged ourselves with huckleberries. Now THAT’S what I’m talkin’ ’bout! Buffet along the way, doesn’t get much better.

After the ride. No worse for wear, boots still in place, all legs attached. Just a little wide-eyed.

The next weekend was Topper’s turn when I coerced a trail riding friend to go on a “real” ride. Oops. Note to self- some people don’t find fun in spending hours on end in the saddle on a 98 degree day. I might have to suck up a bit to get her to ever ride with me again! Regardless, it was a great trail to test the Wides on Topper. And I messed up. Yup, it happens. Too big. It was a blessing in disguise to be on just a trail ride and not a conditioning ride where the pace was slower or I surely would have had problems. 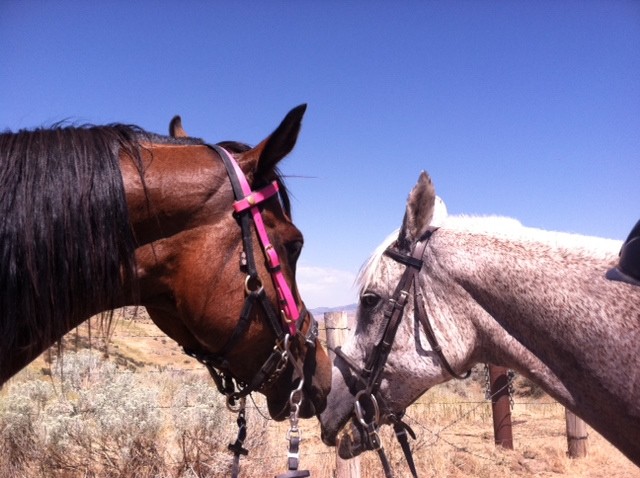 Topper and his pal for the day. Unfortunately I suck and got no actual pictures of the boots on either horse. Sorry.

While I didn’t have any losses or twisting, Topper came back to the trailer with some pretty good rubs on his pasterns, right at the back. What happened was the boots were too long (front to back), and I think his foot/pastern had too much movement inside the boot which caused the rubbing. I felt horrible, of course, but not too discouraged as we’ve done so many miles in the Gloves without any rubbing, I could chalk this up to me just plain old messing up. I could visibly see the poor fit when I stopped a few miles into the ride to check on things, but as they weren’t coming off or twisting I decided to keep them on. More reason to make *sure* your fit is correct before doing any substantial training or competitions. We’ll get to test out the smaller size this weekend, which I am confident will be just the ticket.

Later this week I’ll be adding my powerstraps to the boys’ boots and organizing my stash. Oh my. It’s pretty impressive! Hoard, anyone?