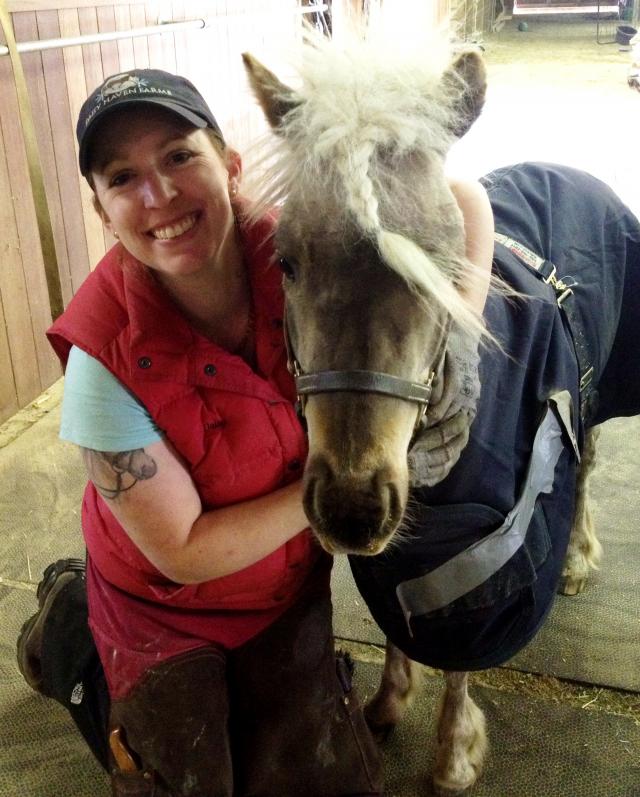 I’ve seen many conflicts over the last couple of months between well-meaning horse owners who believe either in the shod horse or barefoot horse, but not both.  The conflicts often escalate and end in heated debate.  Barefoot-Shod, Guns-Anti Gun, Rich-Poor, Old-Young, Liberal-Conservative, Minority-Majority.  The list goes on and on.  Doesn’t it seem like the world is becoming more polarized? 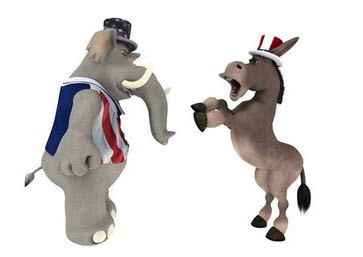 I personally find it disconcerting that the barefoot/shod debate often ends with the same red faced, opinionated arguments brought on by religion and politics.  Are the people with barefoot horses really tree-hugging freaks?  Are people that spend years learning to shoe a horse properly really abusive to horses and ignorant?  What about a horse owner who uses hoof protection during the competitive season and then allows the horse to be barefoot during the winter?  What about the horse owner that keeps a horse barefoot and uses hoof protection only when needed? ”

“Human beings now face many complex and difficult problems that urgently require solutions.  To deal with issues like global warming, nuclear proliferation and the international terrorist threat we must work together, but we cannot do this if polarizing conflict poisons our discussions.  In polarized conflicts, combatants state and restate their own views while distorting and ridiculing those of their opponents.  As the conflicts get more heated, partisans argue more loudly and their distortions of their opponents’ assumptions get more entrenched in their own minds.  We tend to think that the more people discuss their differing views the better they will understand each other.  But when polarizing conflict is involved, the more people talk the less they understand each other.“ From http://polarizingconflict.buddhismandwork.com/.

There are many farriers that I respect greatly.  At the same time there are barefoot trimmers that I believe have changed the way we think about the hoof.  I believe the better farriers and trimmers share a respect for each other.  Is there common ground, and if so where is that common ground?  Looking at the horse world objectively, I believe the majority of people on both sides of the argument agree that horses should spend time barefoot.  In addition, both sides believe horses need protection for many of the activities that their human partners put them through.  Most owners stall horses in man-made environments; many feed them two meals per day, and the majority of us ask our horses to carry 25% of their body weight in grueling events.  We ask unnatural things of our equine partners.  As events become longer, speeds become greater and the footing becomes rougher we can’t expect our equine partners to perform without man made protection? 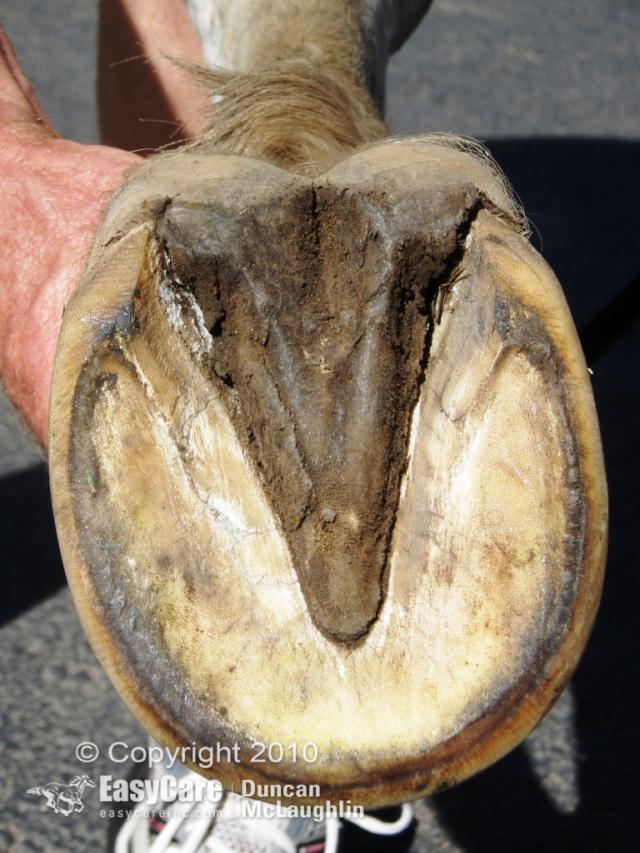 Photo of my best barefoot horse.  He has great feet and great hoof development but he sure goes better with hoof protection.

Would you agree or disagree with the following statements?

Yes, I believe a horse should be well trimmed and barefoot as much as possible.  I believe hoof protection should be used to keep a horse comfortable and used more as we ask our horses to perform athletic events that are outside of their wild horse environment.  I’ve seen well shod horses compete in the sport of endurance year after year.  I’ve also seen barefoot/booted horses win the most difficult 100 mile endurance events in the world.

I’ve personally found a direction that is working for my horses and I will continue to learn and search for answers.  I also understand what works for me may not be the best solution for others.  I don’t believe the answers are black and white and most often there are some ideas or products in the middle.

I urge you to take some time and listen to the farrier that has been in the business since he was a kid.  At the same time, the trimmer that lives down the street may actually be able to help you with a trick or two.

The polarized arguments don’t help the horse and they don’t help you or me.