We announced last Friday the expansion of the 2011 $10,000 Hoof Boot Contest. The fifth annual edition of the contest now has two distinct divisions: a competitive trail riding mileage component as well as the existing endurance and limited distance component. 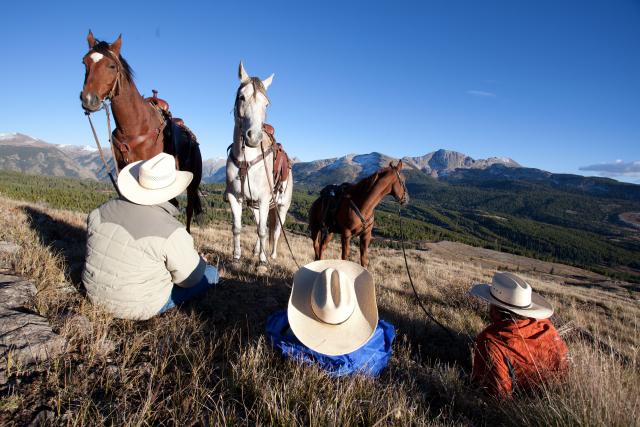 The recent changes to the hoof and leg protection rules for competitive trail competitions now mean that horse hoof boots can be used in all CTR events. “We’ve been working towards implementation of this rule change for a long time,” said Elaine Swiss, National Sponsor Chair of NATRC, the North American Competitive Trail Ride Conference. “We are delighted the recent changes to our rules allow our members to use any of the EasyCare hoof boots.” And it doesn’t stop there: NATRC members are now eligible to compete in the national hoof boot mileage contest that tracks miles within competitive trail events and incentivizes participants with prizes.

The road to allowing horse hoof boots in competitive trail events has been a long one. Garrett Ford presented in favor of the rule change at the NATRC national board meeting in Reno in early 2010, and again at the meeting in New Mexico last Spring. Adding the competitive trail division to the 2011 $10,000 Hoof Boot Contest is our own small way of saying thank you to the NATRC members who voted in favor of the change.

ECTRA, the Eastern Competitive Trail Riding Association also made changes to their rules to allow for horse hoof boots to be used in events sanctioned by their organization. As a result, we’ve opened the contest to all events sanctioned through any North American competitive trail association.

How It Works
EasyCare will award $10,000 in cash and product to the riders who complete the most miles using two or four EasyCare hoof boots (with or without steel shoes) during the 2011 ride seasons.

1. Competitive Trail Division
EasyCare will award $5,000 in cash and product to the riders who complete the most competitive trail miles during the 2011 ride season. In addition to events sanctioned by NATRC and ECTRA, all competitive trail events in North America are eligible for the 2011 EasyCare Hoof Boot Contest.

Please check the current hoof and leg protection rules with your sanctioning organization before competing: EasyCare assumes no responsibility for the dissemination or interpretation of regional event competition rules.

2. Endurance & Limited Distance Division
EasyCare will award $5,000 in cash and product to the riders who complete the most American Endurance Ride Conference (AERC) or Australian Endurance Rider Association (AERA) miles during the 2011 AERC ride season.

Click here to sign up online. Get your mileage verification forms signed at each ride and send them to EasyCare within 30 days of the event. We’ll tabulate the miles for each division. Prizes will be divided equally in cash and products at the end of the 2011 ride season to the top ten riders in each division. Click here to see the detailed contest rules.

Easyboot is now the official hoof boot of NATRC, AERC and the Tevis. And we couldn’t be more proud!

Keep up the bootlegging.

I am responsible for the marketing and branding of the EasyCare product line. I believe there is a great deal to be gained from the strategy of using booted protection for horses, no matter what the job you have for your horse.

“EasyCare products have allowed me to enjoy my sport with confidence and comfort.”