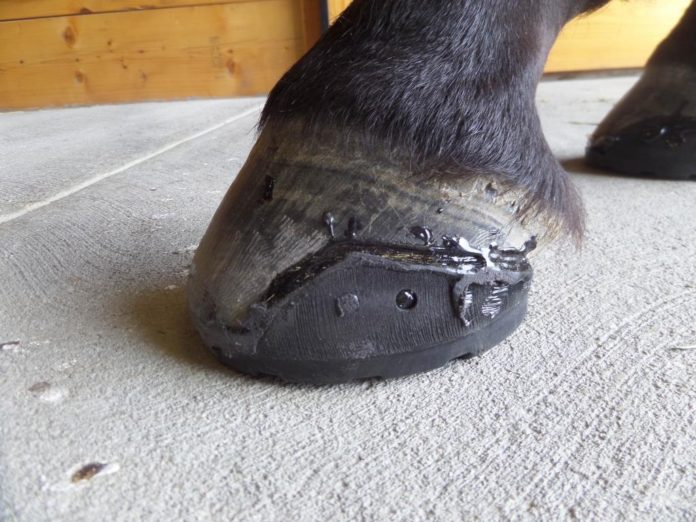 Submitted by Christina Krueger, From Hoof to Heart

Mick who is affectionately known as “Little Kick” for reasons soon to be described is a 12 year-old Thoroughbred Westphalian cross. He is the smallest horse in a herd of large warmbloods and tends to use his hind legs to prove he’s one of the big boys. His owner is a dressage rider who was preparing for a big clinic coming up during the summer of 2014.

Mick started showing signs of general discomfort in his hind feet which is unlike him. He has had bouts of slight soreness on his front feet which have been easily solved by riding him in Easyboot Gloves and he was even my guinea pig for the Easyshoe Performance when they first came out. But it was puzzling that he was uncomfortable behind. Finally he came up very lame in his right hind so I pulled out the hoof testers and lo and behold, he was very sensitive in his frog, right in the middle. So his owner got out the Kaeco poultice and poulticed the area for a week. It finally erupted, and Mick was noticeably more comfortable. 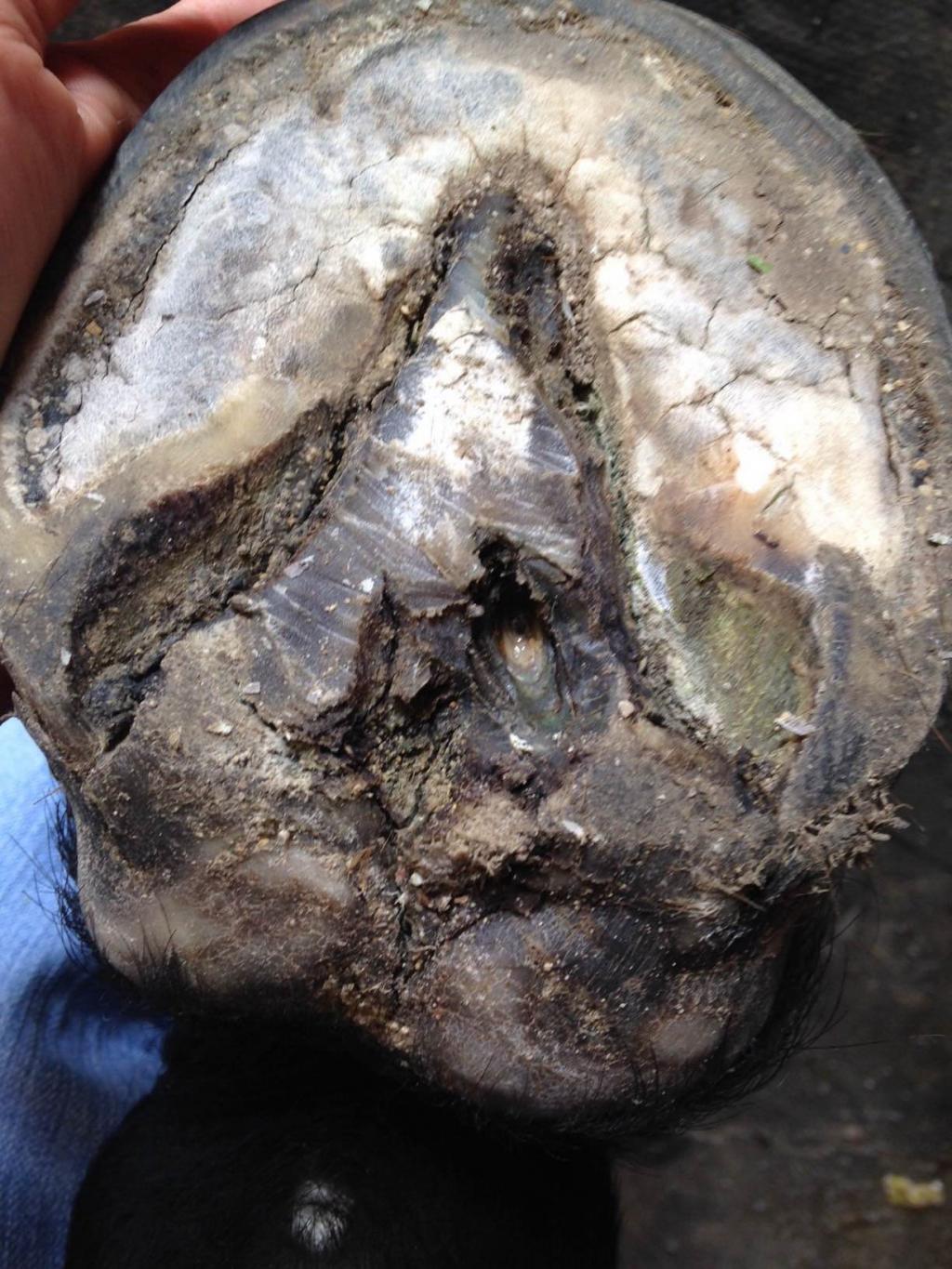 We attempted to use a Glove on the hind foot, but Mick would have none of it so we just kept wrapping it with a diaper and duct tape to make a “boot”. About two weeks later, the same thing happened to the other hind leg and I actually saw the bubble on the frog and decided to open it to let it drain. And drain it did. Our theory is that he must have double-barrel kicked something with some force bruising his frogs. Now Mick had two gaping holes in both of his hind frogs and while he was less uncomfortable than before. He still needed some help in getting over the hump. Enter the Easyshoe Sport. 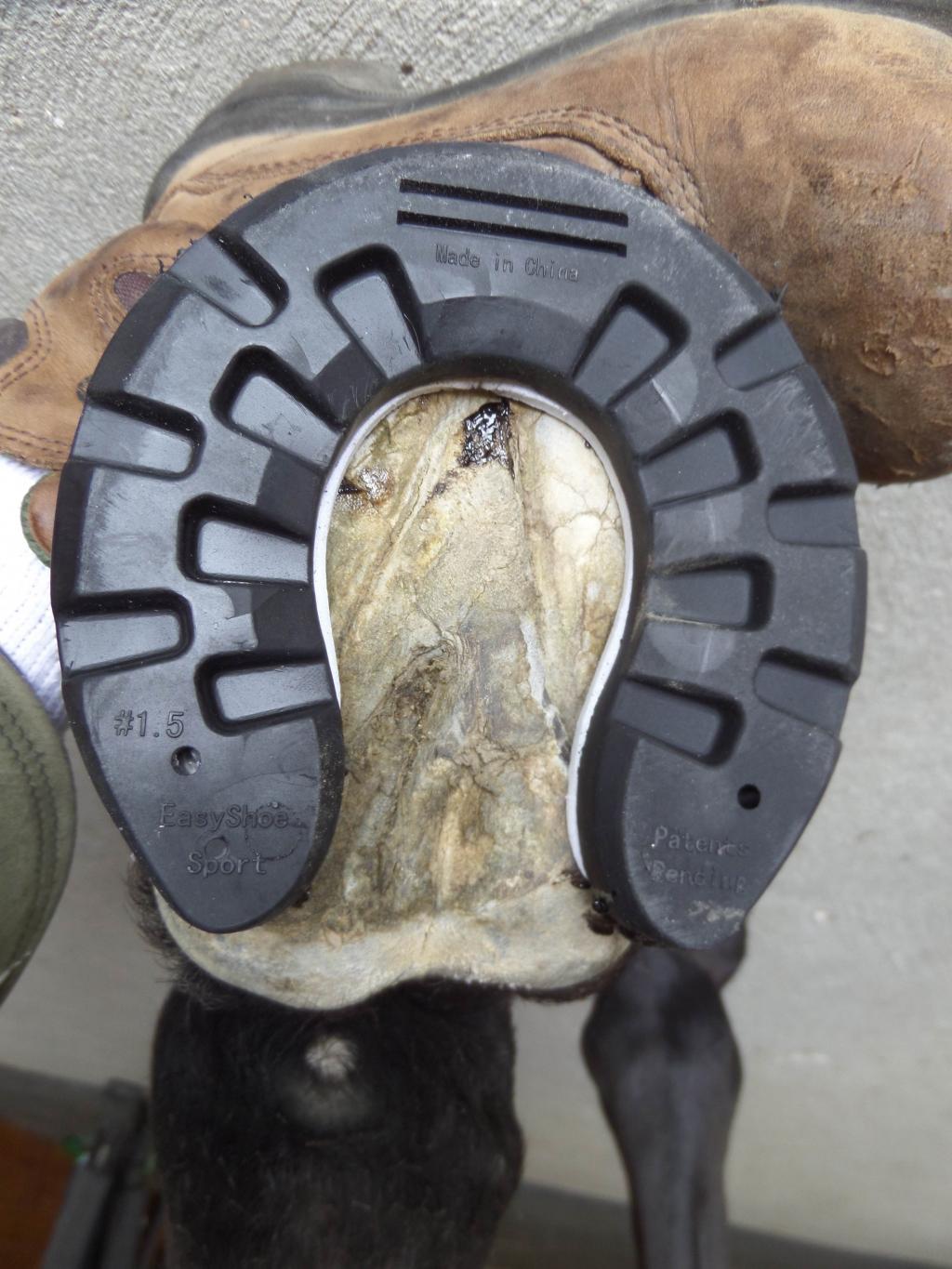 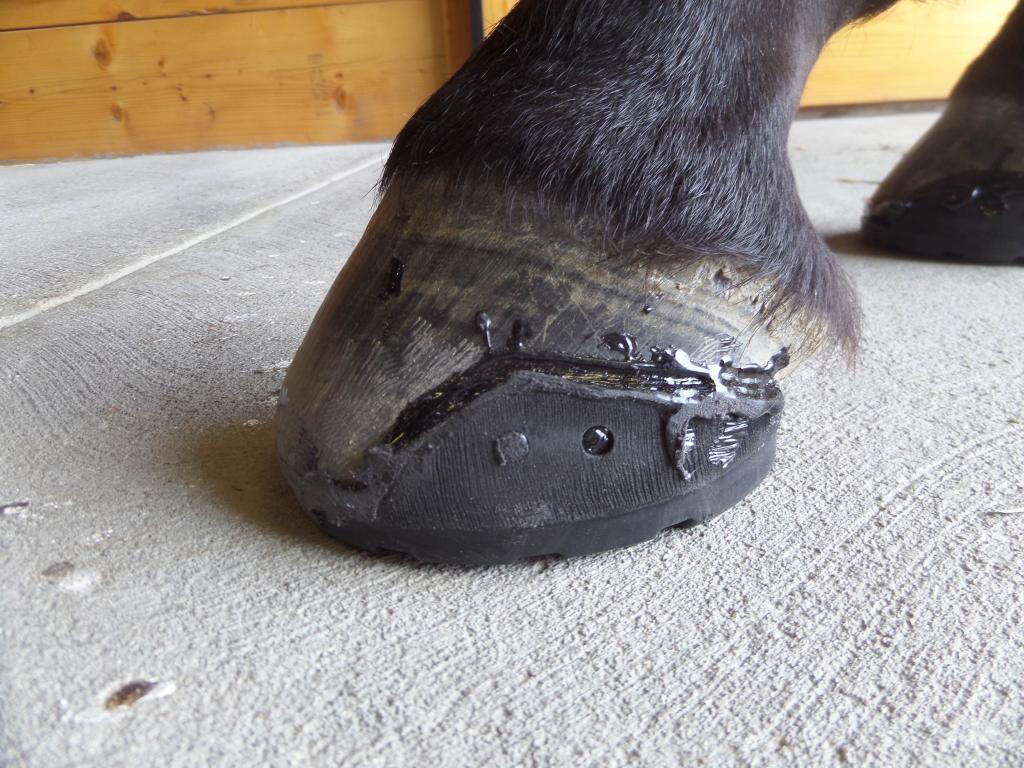 With this shoe, I was able to keep the pressure off of the frogs long enough for them to heal and he was able to be ridden again. I appreciate Mick and his owner being willing to be my guinea pigs for EasyShoes. It was very rewarding to help “Little Kick” out with this new product.