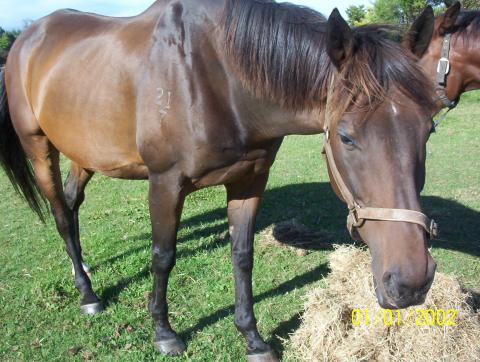 Trouble started gradually, but to cut it short, Mandrake had been pricked several times in his hind hooves. He was so honest it went undiagnosed.

He reacted by refusing to let the blacksmith put a nail anywhere near his hoof. He would let him trim, hammer, cut and file, but as soon as the nails were applied, all heck would break loose. We sedated and tried calming and cajoling… nothing doing.

I have purchased some and have been using them for quite a while now over all kind of rides. I heaved a sigh of relief that I now don’t have to put my horse Mandrake through any more trials and sedations and get on with just enjoying riding. He will go back into some Competitive Trail Rides this season.

Thanks again EasyCare and Thorsten Kaiser in Christchurch.