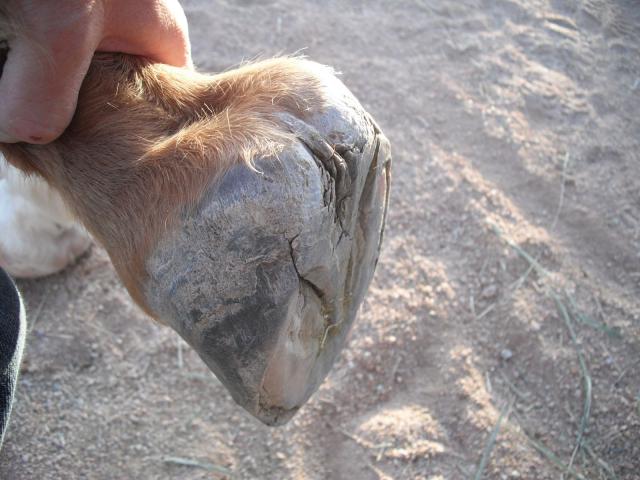 This is actually the fifth horse I’ve transitioned, but I hope you’ll forgive the stretch in the subheading. The first four horses were all transitioned at about the same time in May and June of 2009, so I really consider this as my second unique experience in transitioning a horse out of steel shoes and into Easyboots as needed.

Ricky Bobby got his feet trimmed on the weekend: his first barefoot trim since the shoes were moved. There is significant hoofwall separation – or flaring – and his heels are very contracted. The only work we did on his feet was to bring the hoofwall down to the same layer as the sole, and pull his toe back to the white line. All four of his feet are very stretched out – long and skinny – and so we’lll be spending the next several months working at bringing that toe back and encouraging the heel to come up.

RiBo – as he is sometimes known – initially showed almost no sign of discomfort. There was perhaps a shortness to his stride on hard ground out in the paddock, but nothing that was overly concerning to me. Things were going so well, in fact, that I decided to lunge him in the roundpen. He was fine for the first few minutes, but after a while showed signs of being tender so I stopped him immediately. 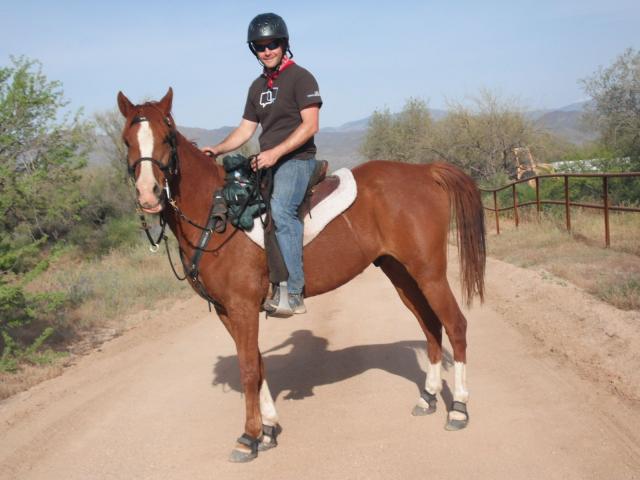 Using the Tools
I took a pair of Easyboot Gloves and put them on his front feet. There was so much flare inthe feet that it looked to me like the boots would not stay on for long. The top of the boots were loose and did not hug the hoof wall the way they do with the other horses.

He was instantly more comfortable and I decided to leave him in the boots overnight. I got up a couple of times in the night when I heard sounds of the horses playing, but the boots stayed on in spite of their poor fit.

I took the boots off next morning and there was no rubbing under the gaiter. He seemed much more comfortable barefoot than the day before so I left the boots off until the afternoon when I took him out for our first trail ride together.

We probably only rode about four miles – I really wanted to see how he felt on his feet and what he was like to ride. It’s the first time I’ve seen a horse stamp his back feet from the sensation of the Gloves – and it seemed to bother him more in the sand that on the regular single track trail. Some of the great things I learned about this wonderful horse is that he really loves to go. There is nothing like a very forward horse! And he also seems not to spook. What a great combo.

He demonstrated no signs of tenderness with the boots on – which was a relief after seeing how sore he was when he was lunged. And when we got back from the ride I turned him out with just the hind boots on. I left the hinds on all night – and to my delight – they were still there when I came out to feed the next morning. I’m hoping that may cure the hind foot stamping. 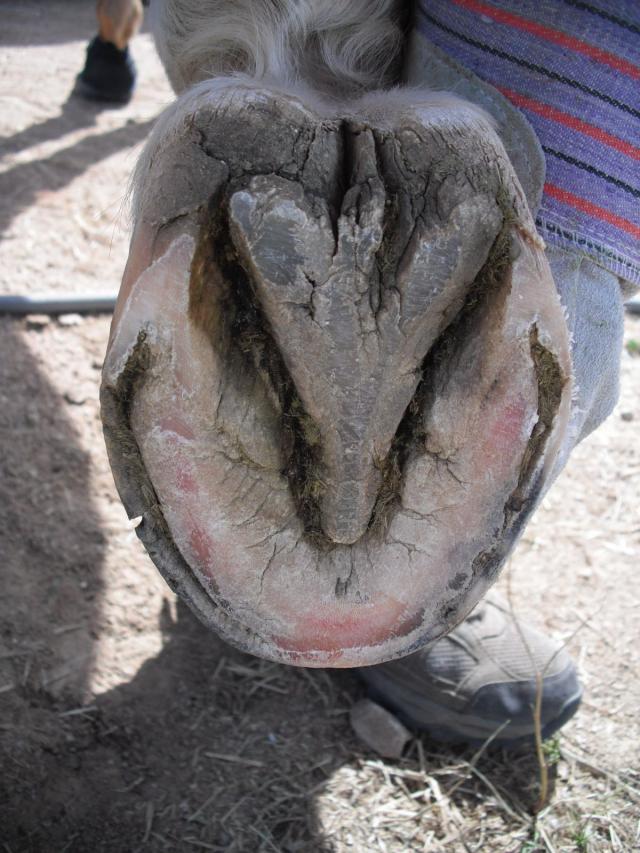 Maintaining – Little by Little
It is surprising to see how quickly feet change when they are first released from the grip of the steel shoe. In 24 hours, his feet did seem to have changed enough that I could take a rasp to the front toe again and pull it back slightly. I did not take off much, but what I did was enough to make the boots fit much better up around the hoof wall.

I also rasped a little of the sole down because he looked laterally unbalanced. I took off hardly anything, but it revealed a tremendous amount of bruising under there, especially on the hind feet.

He remains sound – and is moving around happily eating his plain Bermuda hay and twice daily double-saked beet pulp.

Take-Away
The biggest shift this time around is that I am less shocked to see discomfort in a horse that is in the early stages of moving to barefoot. When a couple of the horses showed signs of tenderness, I felt like I was doing something wrong. Now that I see how much healthier their feet are – and more comfortable in knowing that I can use certain tools to ease their comfort – I feel much more confident in the process. I think I see some nice feet in there somewhere, too.

Taking Comfort
In case you’re not convinced, here is a set of before and after photos of my most challenging transition horse: Redford. Ten months have passed since the photos with shoes. And he’s a different horse now because of it. 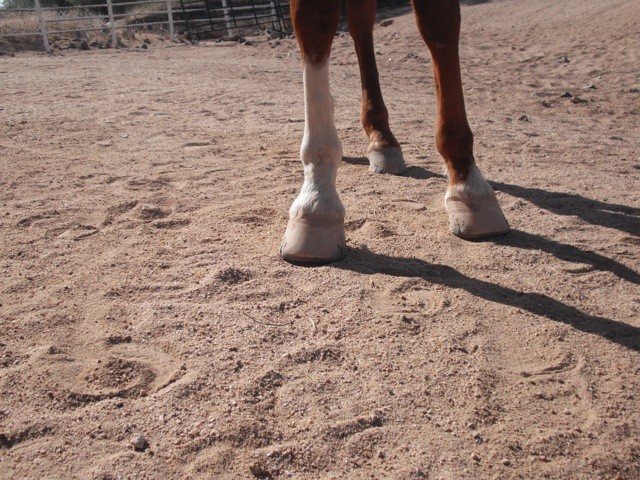 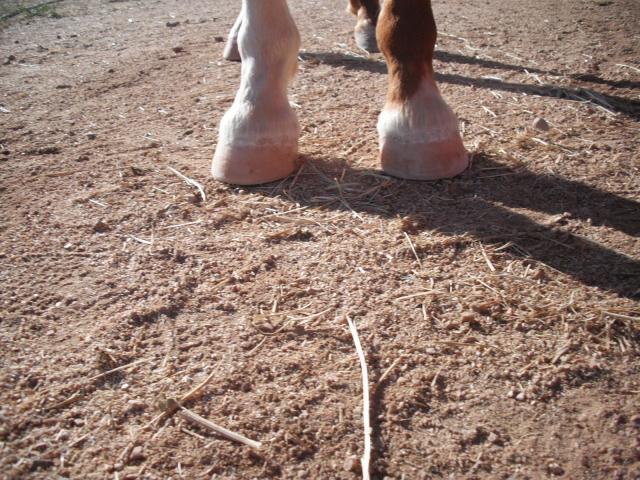