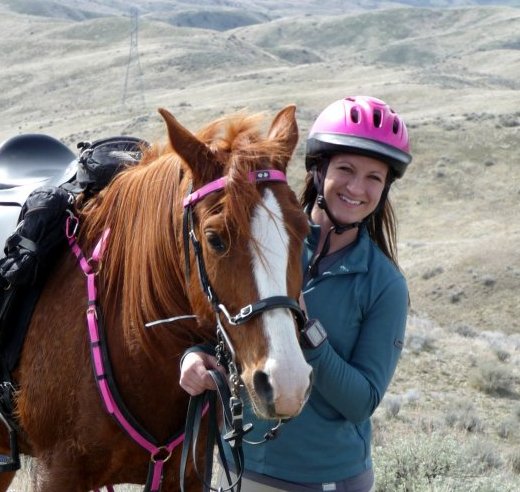 A couple weeks before the Tough Sucker Ride, my friend and I headed out for a training ride with our two barefoot ponies. We wanted to really get some riding in, as our winter had limited us to the sand draws and flat roads around the ranch, which had left us itching to get out and really ride! We hauled a few short minutes up the highway to the head of Spring Valley Ranch, which recently sold its property to a development company. We have ridden these mountains for years, usually parking at the ranch which is operated by a friend of ours. Considering the development company has actually committed to saving the trails and allowing equestrian access, we decided to forgo parking a few miles up the road at the ranch and parked in the designated horse-trailer parking lot and headed out on foot through the paved roads of the neighborhood. Wish I had pics of my friends tough gelding hop-skippity-hopping through the man-holes!

Although I had been riding Replika completely barefoot, I decided to pack boots just in case. She had been doing wonderfully completely bare throughout our rides this winter, but considering we didn’t exactly know where we were going, I figured I would rather be safe than sorry! I shoved two Easyboot Gloves into my Stowaway Cantle Pack and off we were! 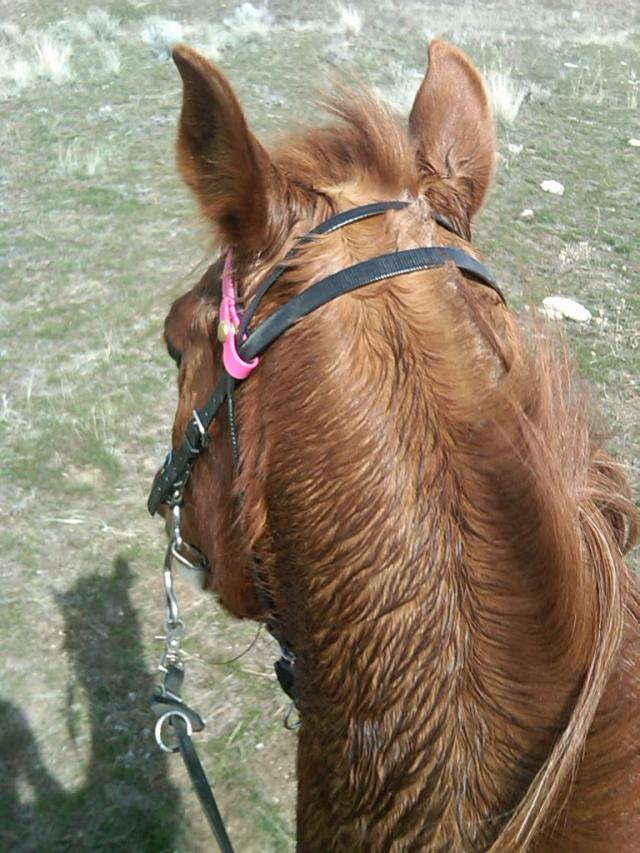 We headed up at a brisk trot and quickly started climbing. We were up to the snow line before we knew it and our ponies huffed and puffed climbing those big hills. 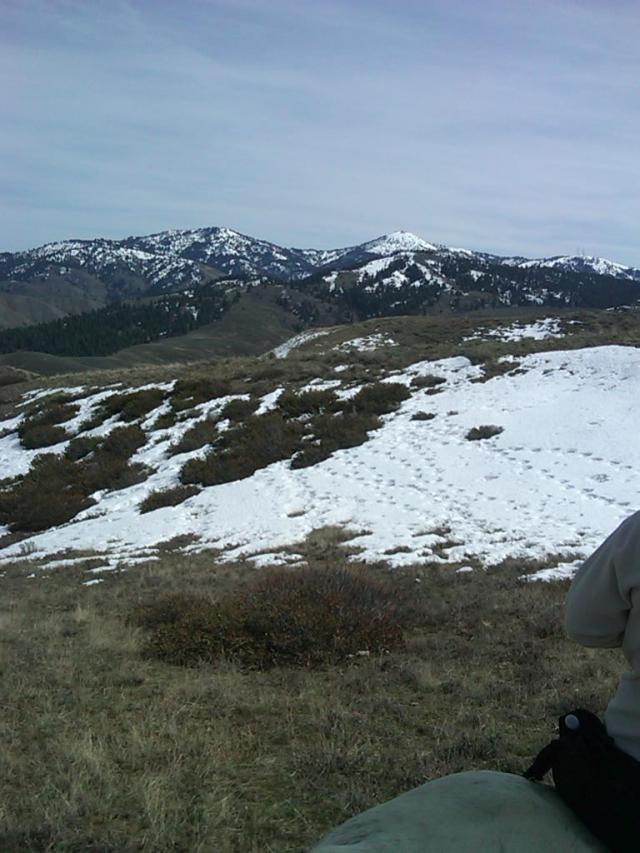 As we got to the ridge line at about six miles into our ride I decided to put on Replika’s front boots, as we were continuing to travel over rocks and I didn’t want to risk a bruise this close to the ride. We wound our way in, out and around some really super cool trails. During one of our grazing breaks, I looked down and noticed the screw on the outside of my Glove had come un-done and the outside of the gaiter was flapping around in the wind. Oh well, I really didn’t need the boots so I figured if they came off they came off and we would continue our ride barefoot. I was laughing at the end of the ride when that boot never failed despite being so compromised! 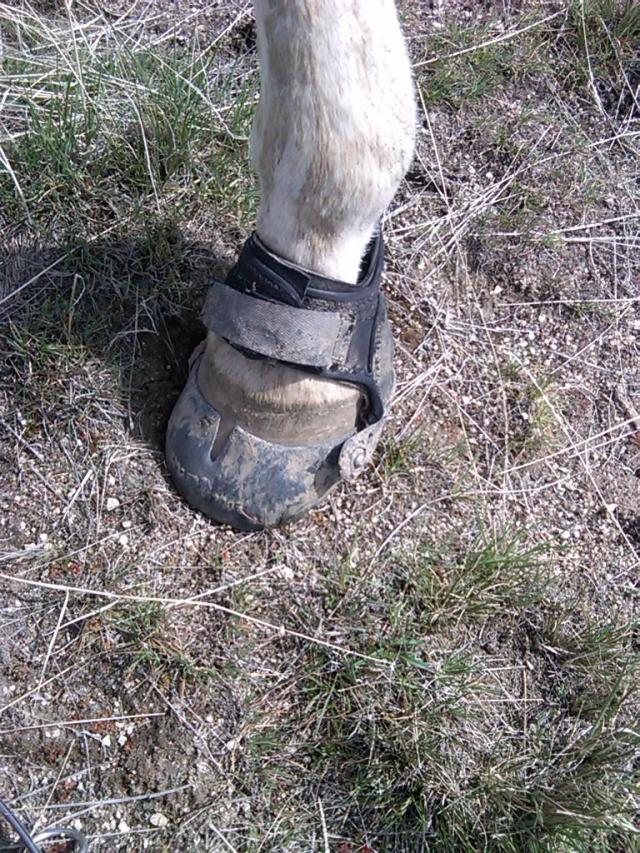 After finding an amazing trail down from the ridge to the lower hills, which we nick-named Coyote Draw (due to flushing a coyote from her den), we came to an important decision point in the form of a VERY rocky gravel road. Um, left or right? 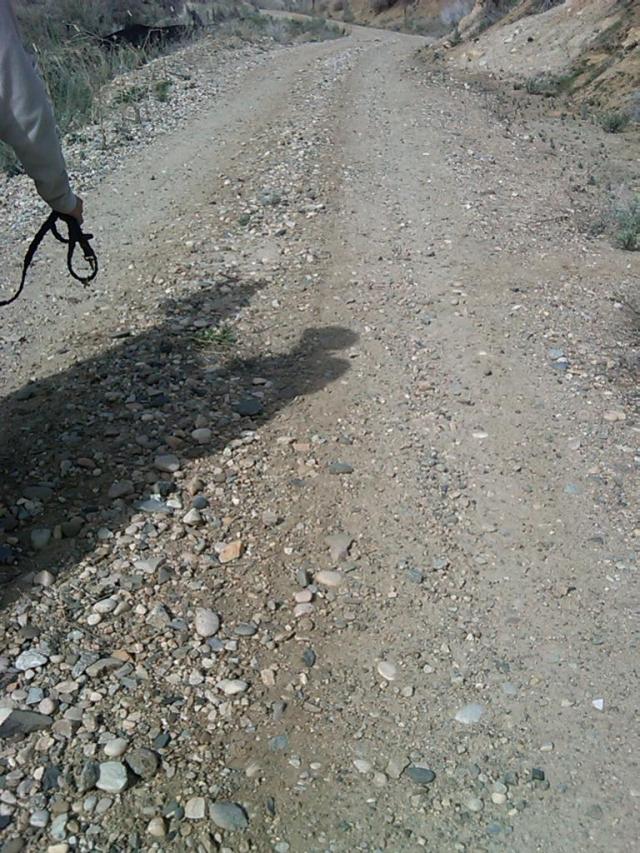 Hmmmmmmmmm…… We got off and walked on foot to the left, until we came to a ranch that appeared to be breeding and raising gaited horses. Bad sign! The only ranch we knew of that bred Tennessee Walkers was way off course! In fact we were probably closer to home at that point than we were to the trailer. We headed back up the road and I was VERY glad that I not only had Gloves on Replika’s front feet, but that the broken one wasn’t really broken and was staying on! Thank goodness for proper fit! 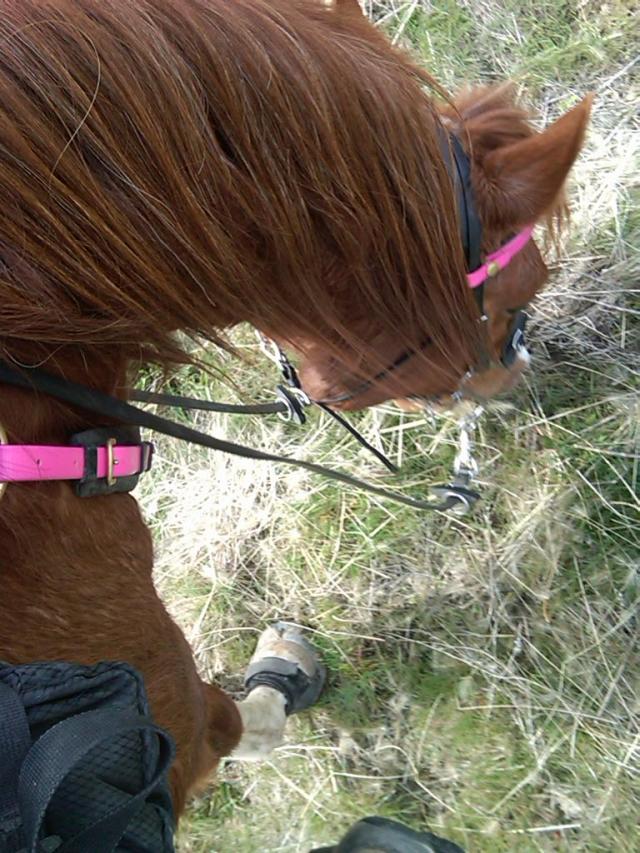 Another mile and a half we decided to cut some trail up a powerline road and we so relieved to see the trailer at the bottom!! My girlfriend was thankful because I was getting hungry and I get a leetle bit crabby when I’m hungry!

Sixteen miles and thousands of feet in elevation made for a good day! Our ponies were tired but probably due to the fact they were still sporting their winter coats on this beautiful spring day! We also had the opportunity to make friends with some mountain bikers, hikers and friendly strollers. Anything we can do to facilitate good relations with other non-motorized trail users makes for a worth-while day. Specifically when it involves good trails, good ponies, good friends, and a nice cold Dr. Pepper back at the trailer!