Recall if you will, the end of May, when Thunder was pulled on the 100 at Owyhee Fandango. It took some hard thinking but I figured out he was footsore and had thrush. Here is the link to the blog with all that info and previous pictures here. 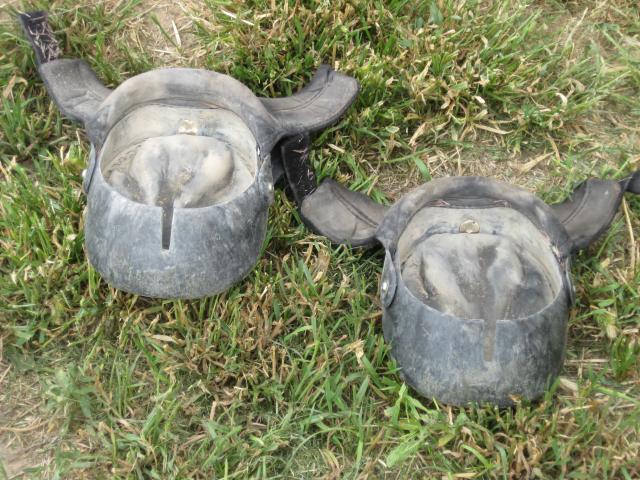 While he was recovering  I rode him in Gloves with the dome Comfort Pads inside. As you can see, the pads take on the shape of the horses frog and sole. With this combination in the rocks he was not the least bit footsore at all. In addition, I also picked his hooves several times a day trying to keep them clean and dry to help keep the bacteria out. I would trim a bit of frog away periodically and then use a tea tree oil formula for thrush and hoof health. I didn’t want to just cut out a great deal of frog which would make him really sore but would probably kill the thrush faster. I wanted to take off layers even though it meant that the process might take a bit longer.

Now his hooves are growing all new healthy frog. I rode him tonight without boots and he was not footsore at all. His stride was normal and his tigger bounce was worse than springy! The old photos in the previous post showed thrushy black stinky spots. The new photo shows nice new healthy elastic frog. 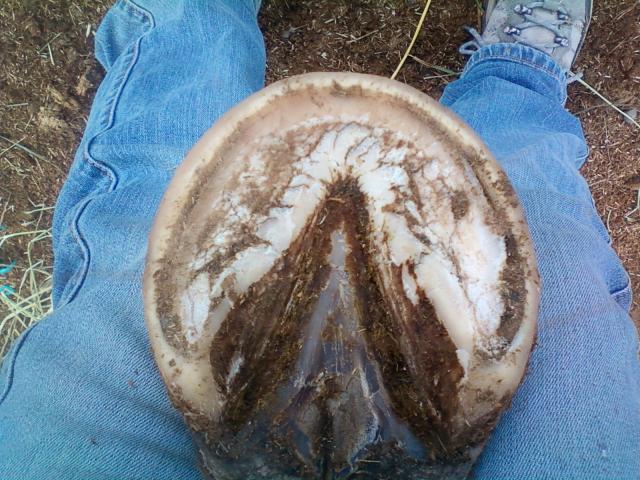 The drier weather has been a huge help of course as moisture tends to allow the thrush bacteria to spread like wildfire. But just the task of trimming the yucky affected frog out and cleaning is truly the best medicine. And now the red beast is on the mend and back on the trail!