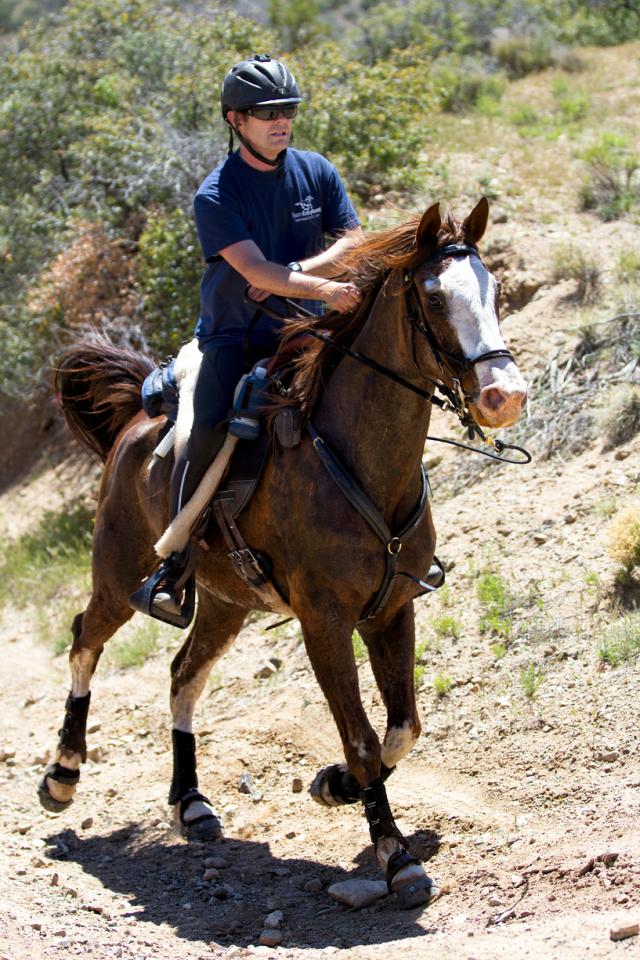 Far on Day 1. Photo by http://azcowgirlphotography.com/

It was a very good weekend for Easyboot Gloves last weekend at the three-day Prescott Chaparral 155-mile endurance ride. The trails there are always diverse and often challenging, with a good mixture of single track, dirt road, sand, grass and rocky areas. It’s one of those rides that makes you pleased to be sporting the kind of hoof protection only hoof boots can provide.

So what are the three reasons for using Gloves? The coveted Best Condition award went to horses riding in Easyboot Gloves on all three days of the event. And on two of the three days the 50-mile race was won by a horse wearing Easyboot Gloves. I had the good fortune of coming across the finish line on Far on Day 1 with two other Glove riders in first place and received High Vet Score. On Day 2, I rode Stoner to third place and received the Best Condition award. 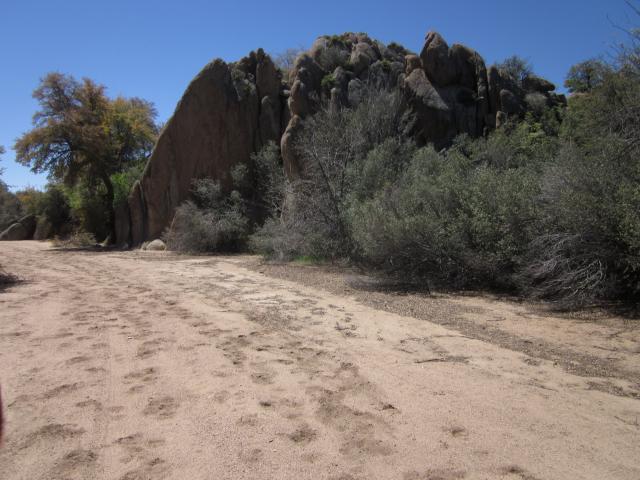 One of the sand washes.

My booting protocol for the event was not complicated or costly. I simply used my regular Easyboot Gloves on Day 1 with three rolls of athletic tape around the hoof for added security over some of the rockiest trail known to mankind. On Day 2 I experimented with some of the prototype red Easyboot Gloves and the results were obviously very good. 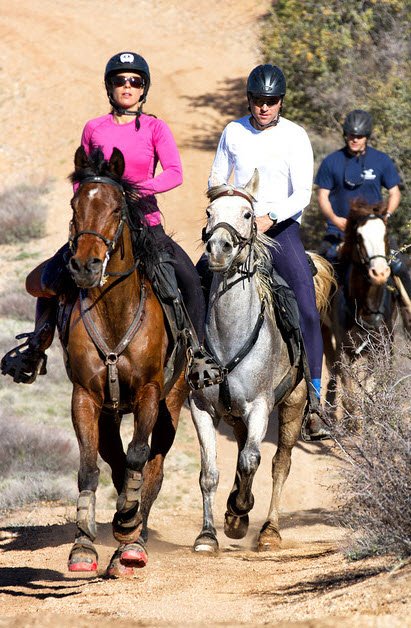 Lisa Ford and Cyclone, Garrett Ford and The Fury and me with Far – Day 1. Lisa is putting red Easyboot Gloves to the test. Photo by azcowgirlphotography.com.

There were also riders there who glued on boots – mostly those who intended to ride all three days and who simply did not want to use the Gloves. Kim Abbott and her horse, Sea Spot Run, wearing Glue-Ons, was the second fastest horse in the three-day 155-mile competition that took horse and rider throughout the trail system at Skull Valley and up as far as Granite Mountain. Another three-day rider was Susan Morgan, who rode Glory, her gaited mare all three days on the Limited Distance event. In fact, Susan’s was the only horse to ride all three days of the LD event – and she did it with Glue-On boots.

There was also the pleasure of a couple of converts at the event: Philip and Marcelle Himanka used Glue-Ons for the first time on two of their horses and were delighted with the results – they finished in the top ten with both horses. And then there was the rider who lost one shoe on Day 1, who finished the ride with an Easyboot Glove. On Day 2, he lost two more shoes and so finished the ride with three Gloves and one shoe. I’m pretty sure he likes the boots.