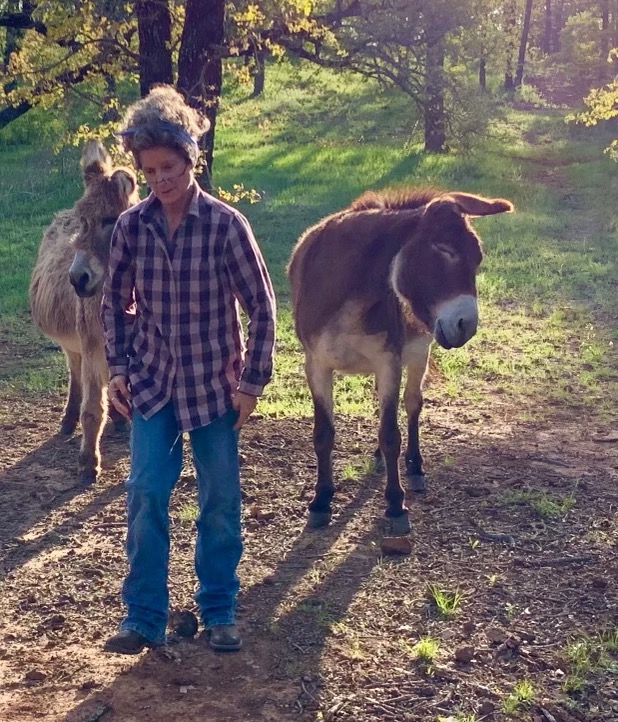 Booting can often be a trial and error process. That process can be frustrating when your equine friend is in pain. But sometimes sticking it out and not giving up can bring great results!

The Terrys have had Louise and Thelma for about a year now. The previous owner’s age affected his ability to give them the care they needed, so the Terrys stepped in. Suddenly they found themselves with two spitfire donkeys. The donkeys had sensitive feet and metabolic issues, so the Terrys began the search for hoof boots. During this time Thelma developed an abscess and the search became more urgent. 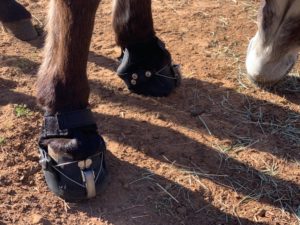 The Easyboot Mini was a great fit for Louise, but it was too small for Thelma. We ended up going back and forth two more times trying different boots for Thelma until we finally tried the Easyboot Epic in a size 000! Finally! A good fit! The clouds parted, angels sang, and Thelma brayed! The boots will allow both donkeys to move around their ten acres comfortably and allow the abscess on Thelma’s hoof to heal. Now that’s a success story.