What a great 2009. Thanks to my friends at EasyCare and their dealers, Global Endurance. Now let’s bring on 2010!

I had a great 2009 thanks to you guys. I started the 2009 ride season at Marilyn McCoy’s December ride losing the back two steel shoes on the first day. I pulled out my trustworthy old style Easyboot regulars and finished the ride.

Talking to Garrett and Christoph Schork, we decided to try two Glue-Ons that night (ended up with four) and went the next day. Ali did great and we finished the next two days. I wasn’t sold on them as it looked like a lot of work gluing, trimming, the mess etc. but the gloves didn’t look so hard so I bought a pair for my sore-footed horse Tahoe at home to get him restarted. Well we tried Glue-Ons again at Old Pueblo; won two BCs and overall BC, same at color Country and we haven’t looked back since!

However then we had to start putting them on ourselves! There is a learning curve. I had watched Christoph and Garrett glue my boots on several times so right before Mt. Carmel I decided to whip some on. Well I ruined two boots right off: got glue over me and the horses. Eventually they stayed on. Then I learned to slow down and put them on, taking care along the way, following all the internet advice. We can now put them on in the rain, snow, blowing sand and probably even on a nice day.

We also learned the best way for using Gloves. The trick is not too loose – they need to FIT like a GLOVE! I was trying both Gloves and another orange brand on my horse Tahoe when I was reconditioning him after his layoff. I would go on an eight mile loop on two-track, through a creek, up a hill, two track trail, through a creek and then home.

Both brands had trouble going through the creek and up the hill until I called both suppliers explained my problems and then someone pointed out the easycare blog or whatever it was called. A guy named Duncan explained how he tried Glue-Ons with no glue: just a snug fit with tape and no gators. Man o man! Worked great.

I learned to fit the shoes correctly and can now ride a whole muddy, hilly, creek filled boggy ride with Gloves and have less problems than steel shoes! I gave the orange shoes to my hopelessly misguided friend Stephanie Palmer-DuRoss so I can keep a few steps ahead of her.

Tahoe did the Tevis with Garrett and the AERC Championship with me. Both 100 milers in boots. Don Skinners Free, Tahoe and Ali did all but one ride in the 2009 season in Boots, about 2200 miles with me and a couple 100 with other people, I think.

Besides the boots it was an endurance reawakening for me. I mentioned on the Southwest Distance Riders listserv after the Las Cienegas ride in December how much fun it was to see Garrett and Amy Ford back on the trail!

They have done much footwork and teamwork with horses and riders. It has been fun riding with all of you! Thanks for the help, David in Oregon, Debbie in Maine, Mike in Moab, Gabe and Lisa in Tucson, Kevin and Rusty in Scottsdale. Thanks for the encouragement, the friendship, the jokes and for dragging me through Tevis, the AERC Championships and Bryce. Thanks for running all the miles on foot with me Miriam and Garrett. 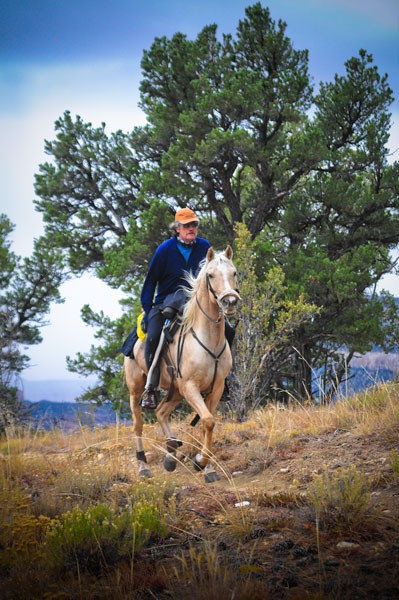