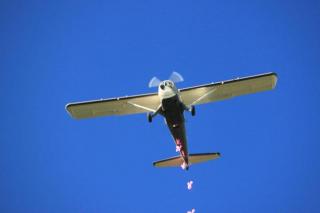 The Annual Pink Flamingo Drop- these guys spare nothing at this ride!

I spent the last weekend up in Cascade, Idaho, for the final migration of the Rare Forest Pink Flamingo, also known as The Pink Flamingo Classic. The ride is managed by two of my best friends and has been a hit since its inception in 2006. Having been to every year of this ride, spending time at the vet check with my husband, at registration with my friends and on the trails with my horses, you become aware of the norms. This year, after riding the 50 on Topper the first day, I helped P&R in the morning on the second day, when I became acutely aware- the pendulum has shifted.

All year I’ve been noticing a dramatic shift of booted vs. shod riders at our local rides. At the Oregon Outback ride, it became clear that while the Northwest *is* changing their views and is more open to the Idaho of barefoot and booted riding, Idaho has it locked down! Looking at the numbers, I do believe there were more booted horses than shod at the Pink Flamingo. Just a few years back, a handful of us were all that were. How soon until steel shoes are a drastic minority?

Watching the various horse and rider teams in different stages of the game, and was pleased to see very few issues. I also saw riders troubleshooting, together, and had a lot of fun discussions with people who have gotten past the sometimes difficult learning curve and are on enjoying the ease and success of booting. While the Easyboot Glove was the most prevalent, I observed a few Glue-Ons and some Renegade boots. I also saw a lot of nice low heels, short toes and strong hoof walls. Way to go people! 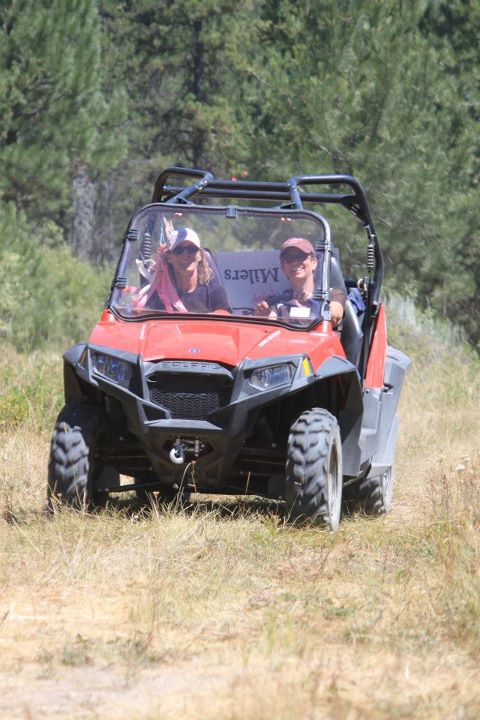 For Topper, I chose to use my trusty Gloves. I decided to use Sikaflex in the bottom of Topper’s front boots, as I knew the ride has a fair amount of downhill and some hard-pack road and thought Topper would appreciate the extra cush. For the hinds, I used his Gloves with a couple wraps of 2″ Elastikon. While I normally use athletic tape for training rides, I have found that the Elastikon is stickier, a bit thicker and seems to hold up a little better for looooong rides and those with lots of water. It is much more costly but I don’t mind spending a few extra dollars for endurance rides- what’s a few more after all the money it costs to begin with!

Of course it wouldn’t be a ride if there wasn’t something to learn from it. I made a cardinal mistake of booting, and was reminded I need to pay attention, even when things seem second nature. I have done six rides this year with Gloves, and had no problems. Of course this one, well, yes, I got a rub. It was small and didn’t impact us, but it was a rub nonetheless and I felt like a jerk because of it. When I booted Topper that morning, I left the gaiters loose while I finished tacking up, and forgot to tighten them before I left. Imagine my surprise when I came in at 25 miles and felt awful when I saw the little red mark on the inside of The Top’s left hind ankle. I made a few adjustments, put some salve on it and was prepared to pull my hind boots on the last loop if it increased. Luckily, it never got any worse and wasn’t even sore to touch. Moral of the story- don’t be a flake and tighten your gaiters! It really does make a difference! I won’t make that mistake again! 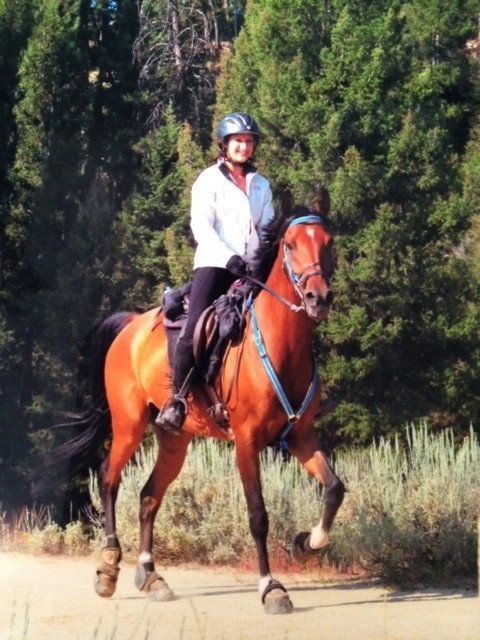 We had a great ride. I know I’ve written about Topper, and his, erm, mental and foot challenges, Three years ago, two years ago, even one year ago, I can’t say I really thought we’d get to this point. Topper left camp on his second endurance ride ever, as calm as he could muster. He settled in and was incredible the rest of the day. I was thankful for the Sikaflex in the fronts and was thrilled with how he looked after and the next day. It’s been a long, long road, with thrilling results. I love this boy.

The next day was Chant’s turn, who unfortunately has resorted back to F-Bomb. I took him out on the 15-mile loop and wow, did we go. He was a little pent-up from being in a pen for the two days previous and was on his A (or F, depending on how you look at it) Game. I took him out barefoot and was excited that he didn’t miss a step. This horse has incredible feet and I plan to really develop them by riding as much as I can barefoot. Chant cantered, big trotted and grudgingly walked up and down the steep hills and back on into camp. This guy is difficult to deal with but oh-so-athletic. It should be a fun ride.

For now, Topper is on a long break after doing his first two 50-mile rides in the course of a month, and Chant has been moved up to the plate. We’ll see how this goes! 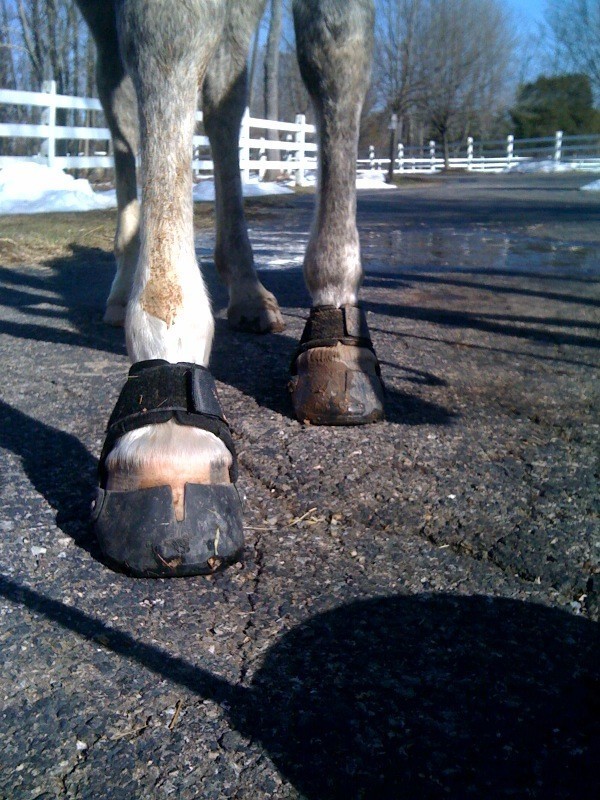