A few months ago, I decided that I was going to go about a few things differently this year than I have in the past. Given the fact I own the most sensitive, red-headed mare that ever existed, I know I have to plan things a bit differently than I have in the past with my other horses. The main area I wanted to change was my boot situation for the upcoming endurance ride season. Because Replika has shown herself to be incredibly thin-skinned and prone to irritation and scratches on her lower legs. She doesn’t handle things like a simple scrape or laceration like most horses and has shown irritation with the gaiters. 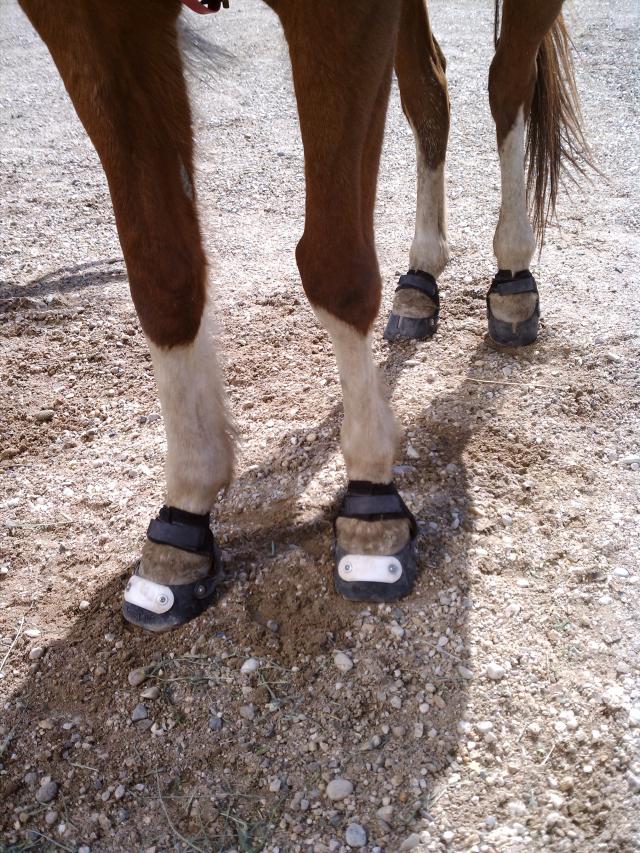 Booted up to go for a ride. This was our first long ride of the season with Gloves.

Last winter I worked on riding her completely barefoot. She came to me in the fall in shoes and we spent a lot of time rehabbing her feet by riding barefoot. By the time ride season came around, I tried using Gloves for a few long hard rides, and while she did ok in them, I didn’t feel comfortable using them on an endurance ride. Because of that, I opted to glue on boots for every ride last year. Of course the Glue-Ons work beautifully, but it always felt a little overboard gluing on boots for a one-day 50. 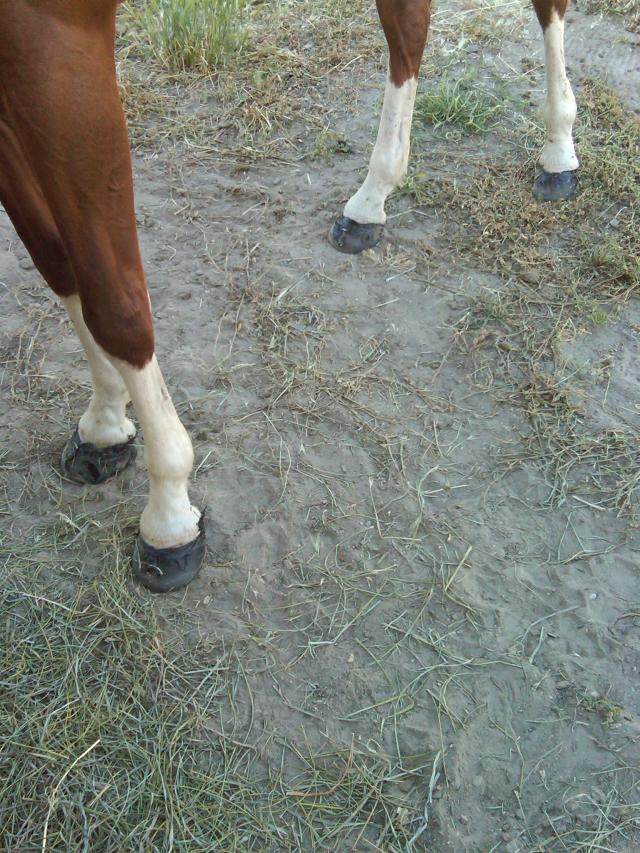 If anything, gluing on boots for every single ride last year perfected my application.

I decided that I didn’t want to be glued to gluing on boots for every ride this year! I also knew that because of her skin issues we would have to work up to doing a ride in Gloves with a long period of training rides in Gloves. You know the old adage, don’t change anything before a ride! I wanted to start long before a ride.

I started in January, choosing the longer of the week’s conditioning rides to use boots on. It’s a fine line, because it’s so dang important to ride these horses enough barefoot to develop those beautiful bare feet, but I also needed to toughen up her skin to be able to tolerate gaiters for 50 miles. So from then on, we have done all of our longer weekend conditioning rides in Gloves, and I am happy to report that things are going really well! While she had a little irritation the first few rides, the last few have been wonderful! No rubs, no scratches and no more “squishy heel syndrome” despite a few wet and muddy rides. We’ll knock on wood that we don’t develop anymore of the above anytime soon! 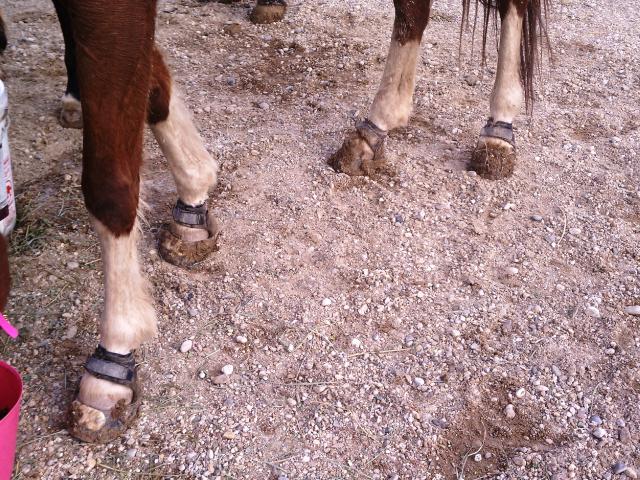 The reason for the squishy heels… 15 miles in mud and muck. Easyboot Gloves are the mud tire of the hoof boot world.

Although I have been using the Gloves for the past couple of years, I always continue to learn more and more about fit, application and other adjustments. I don’t think I can stress enough how important it is to have a good fit as well as utilizing Power Straps and athletic tape to improve upon success.

Another important area to examine is the bottom of the boot. While the newest model Gloves sport the shortened factory break-over, some horses need a little extra help. I have had horses wear their own break-over in their Gloves after a few short miles, while others take longer to adjust. After a few training rides in her Gloves, Replika was still forging pretty significantly. I also noticed that she was collecting sand in the toe of the boot, which prevented the boot from properly fitting around her foot and even further changing the natural break-over! I had to further look at the entire picture. 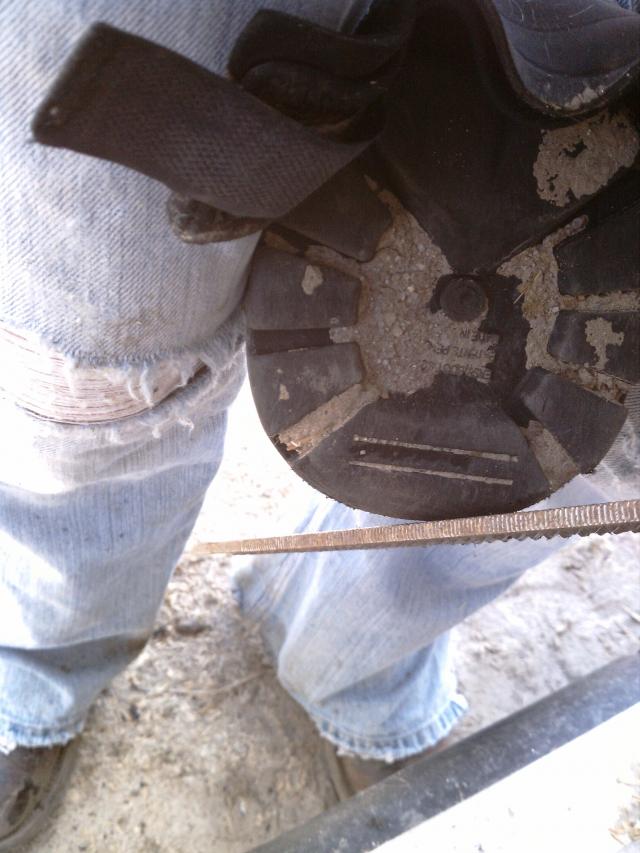 Rasping in an exaggerated break-over.


I first took my rasp and exaggerated the break-over of the boot. Hard. I didn’t so much rasp into the top of the toe, but I really focused on the bottom of the boot and the edges of the tread at the toe. I then decided that I was going to *really* seat the boot on the foot. I wrapped her front feet with athletic tape and picked up my trusty mallet. I swear this boot thing has me using tools that I never even knew existed! Usually I twist the boot on the foot with my bare hands, but decided that the foot must not have been fully seated in the boot due to the sand building up in the toe. So after I twisted on the boot like normal, I used the mallet to make sure there was no space in the front of the boot. Well DUH! All the sudden the Glove looked like the second skin of her natural foot, and we had no more forging!! 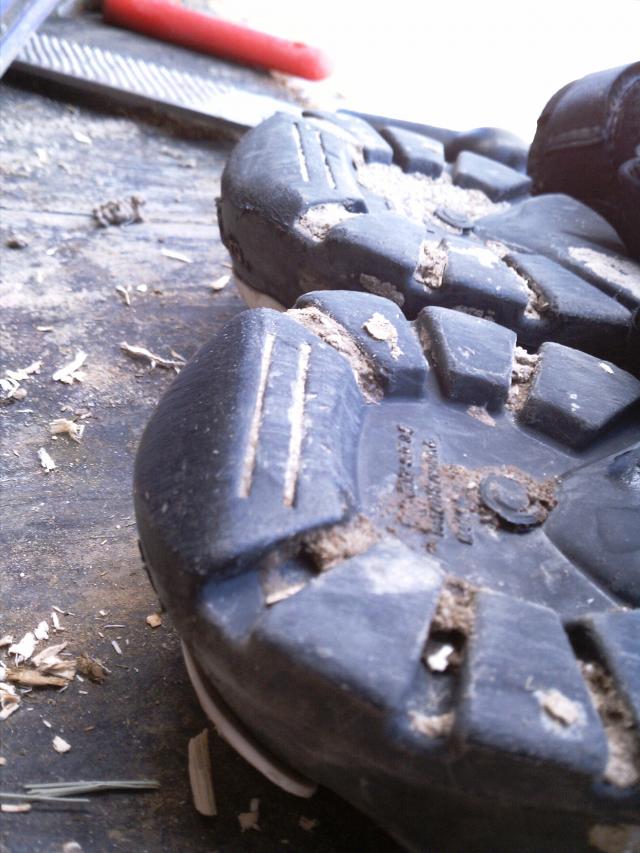 New and improved break-over. You can see the rough area in the below photo, which is where I focused on rasping. 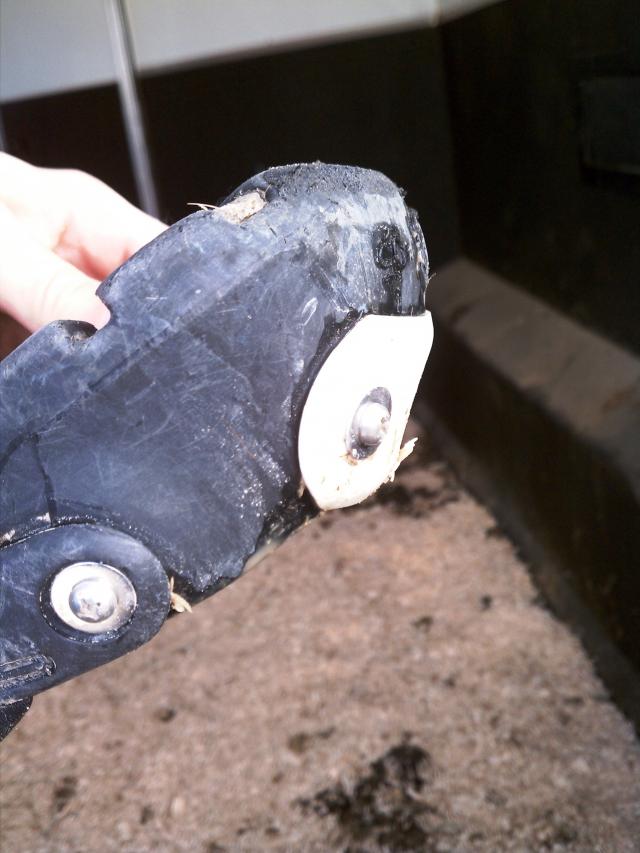 We have the first ride of the season next weekend. I am confident in using the Gloves for her back feet, and am working towards feeling comfortable using them on her front feet. Because I have spent so much time treating scratches, I am obviously worried they will crop up before the ride and force me to use glue, but so far, so good!

Have you found anything that improves the fit or function of your Gloves? I would love to hear your ideas!!