It’s been a bit over 12 months since EasyCare launched our glue on horseshoes to the equine market.  Over that time we have learned a great deal about hoof prep, adhesives, application in foul weather and removal. 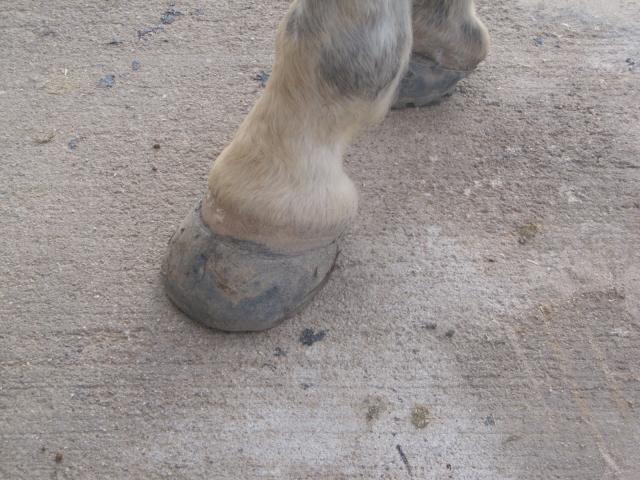 1.  Glue-On shells can be used for 5 days, 10 days, 15 days, 20 days or 30 consecutive days.  When glue-on boots are removed and a horse is turned out for 1 hour it’s nearly impossible to tell a horse who used glue-on boots for 20 days from a horse that has never used glue-on boots. 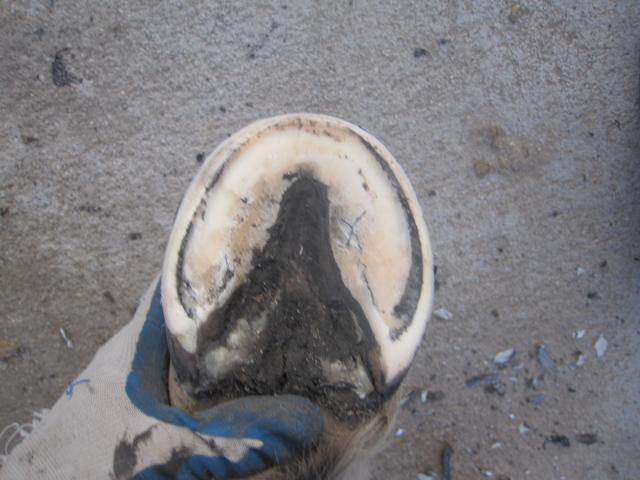 This photo was taken immediately after removing a shell and a quick trim.  Boots were in place for 22 days.  The horse did a 50 mile event and many training events.  The horse was in deep water and mud many times during the 22 days.

2.  The use of packing products inside a glue-on shell helps load the foot as nature intended.  Glue-on hoof boots used without packing cause peripheral loading.

4.  The current adhesives are good and better ones are coming.