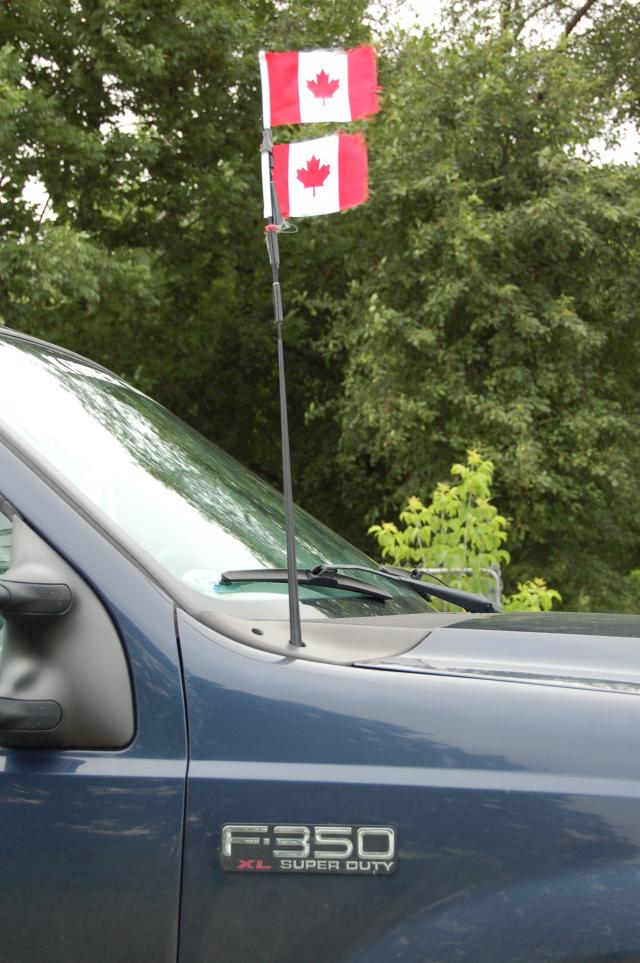 2012 was the ride season that I was going to attempt my first 100 mile ride with my Paint mare Mae West Holliday, as well as attempt to get our FEI 2*. By the Spring of 2012, I had over 1,000 miles (CTR and endurance) miles with Mae, had completed three days of the Western Maine Pioneer Ride in 2010 with her, as well as two day 60 mile CTRs in 2011 in fairly hilly terrain. I felt we were ready to tackle a slow 100 miler. But as the saying goes, the best laid plans can go astray.

I have been using Easyboots since at least 2006 and have been on Team Easyboot for a couple of years. At home when I need a pair of boots quickly for faster work on rocky ground, I grab my Epics or Gloves, and off we go. In competition though, I’ve come to rely more and more on Glue-On boots for competitions. I have not yet perfected, however, the art of gluing without getting glue everywhere. I envy those that do not get stains on their clothes, their hands, their horse, their pit crew (yes, I managed to get a few drops in her hair once) and their boots have a simple little line of glue around the top. I have designated gluing clothes and I use rubber gloves. Nevertheless, I manage to make a bit of a mess each time. Aside from picking off the bits of glue stuck to my arms, rubbing alcohol works pretty well for removing glue from your skin. Clothes eventually get put in the trash when they are too stiff to be comfortable. 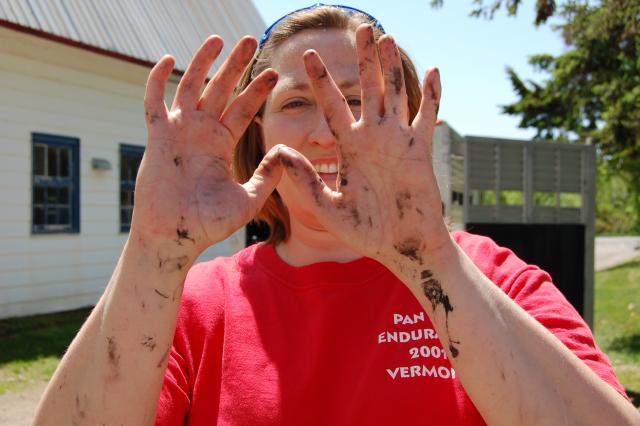 After carefully planning out a strategy for the 2012 season, I managed to get a pair of the new red Glue-Ons shipped in time for tackling the Pine Tree 100. Red is for Canada, of course. Red is also the color of the Mohawk warrior flag which I wear on some of my shirts. 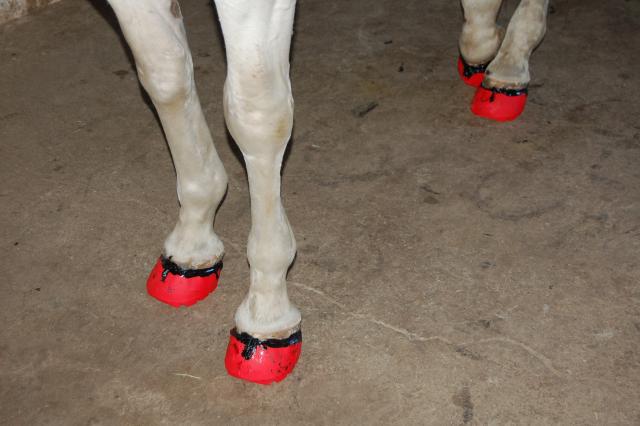 I glued on my mare’s boots before leaving on the Thursday before the ride, in the heat and humidity. Perhaps too much humidity. My brain felt fried from the constant sweating and I realized after gluing on two boots that I had forgotten to rasp the hoof wall. I had never glued the boots without rasping, so I was not sure how well the boots would hold. To add to my mistake, I left my glue at home. We started the 100 on Saturday full of anticipation and ready to tackle the trail. Early on in the ride, however, that front boot came off again and I eventually lost the other front boot on the other non-rasped hoof. For my mare, it seems that rasping is a vital step. I was carrying Epics with me in a boot bag though, so quick stops, a dab of Desitin and we were back on our way. Whatever boots work! Other than this minor issue, my horse and I felt great and I was confident that we could get this ride done. 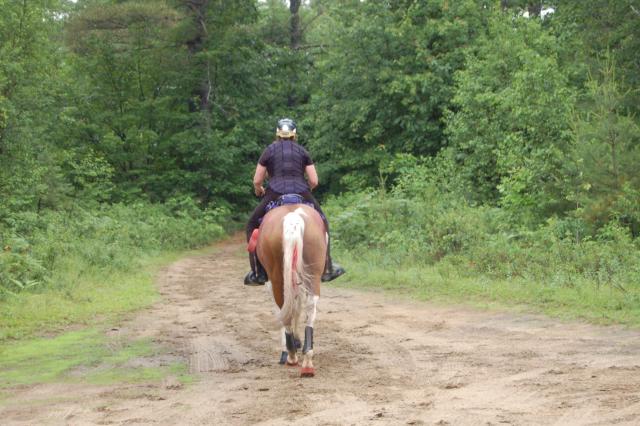 Unfortunately, the best laid plans can get waylaid. My mare was pulled at 65 miles for lameness in the hind end. Coming from fairly flat country, we had to work at finding hills to prepare for this ride. After speaking with the ride vets and consulting with my own vet back home, we thought it could be mineral related and I adjusted some of Mae’s supplements and added MyoGuard to ensure that her large muscles were getting all they needed to function properly.

All seemed to be back in order when we resumed training and there was no sign of lameness, so I went to a hilly 50 mile ride and planned to do a 7 mile an hour average pace – to push my horse a little without going too far beyond her comfort zone. All was going superbly, she vetted through all As, until she slipped going down a hill, almost sitting down. While initially she seemed fine, she was lame in the left hind when we arrived at the vet check. I gave her two weeks off following this ride and brought her back slowly and attempted a slow 50 which we completed in 8:41. I gave her some more time off after this 50 and did just light riding to keep her moving, staying focused on the goal of completing the 75 2* ride at Stormont in Finch, Ontario.

Again Mae vetted through with all As to start and she was very forward on trail, however, we were pulled at 18 miles for the same slight, but consistent, lameness in the left hind. By this time I was very discouraged and wondering whether this was to be the end of our long ride together. I raised and trained Mae from the time she was 8 months old and this opinionated mare and I have an understanding, I didn’t want to think about not being able to compete with her anymore.

More weeks off and easy walking rides, building up the distance very slowly each week, has not eliminated the lameness. It returns intermittently with harder work. My vet and I have scheduled a full lameness exam for the weekend to try to get to the bottom of this. I am fully willing to give her all the time off she needs, but I sure would like to know what the issue is.

I’m not sure what the future holds, but as the leaves change colors and the weather turns cold, we at least have the winter to figure out where we go from here. In the mean time, I have a stack of Glue-ons that need to be dremelled to remove the old glue, either to be re-used as Glue-Ons or turned into Gloves by attaching a gaiter, and plenty of other Epics and Gloves that need the old gaiters changed out for new ones.