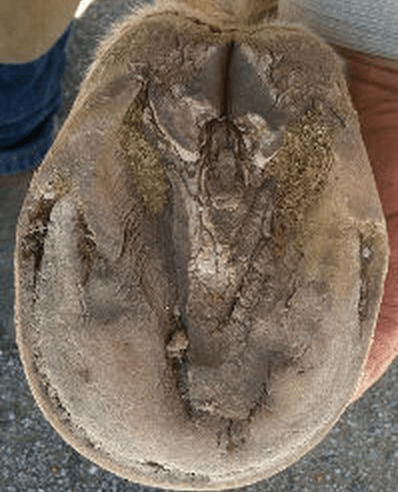 When trimming horses' hooves, finding the true form is very much like sculpting. It's not the kind of sculpting that first comes to mind though, where you would start with a block of wood or marble, and slowly reveal the imagined shape within. It's more like sculpting with clay, where you add and subtract material as you try to imagine the proper shape and encourage the outcome.

You don't think of adding material when you think of bare hooves, and I'm not talking about artificial material, like hoof extensions in traditional farriery. I'm talking about building areas in the hoof; letting certain areas build. I first heard this concept several years ago when I attended Pete Ramey's clinic and was learning the material in his book. It was a while before I witnessed the effects of building toe callous to encourage proper hoof form and even longer before I successfully applied that process to the heels. The concept of building true sole in a heel that is too high is still very hard for me to explain. Understanding this concept is integral to balancing a hoof properly and should not be dismissed. I am constantly humbled by our role as care providers for these fascinating creatures. As far as their feet are concerned, our domestic horses are at the mercy of us truly understanding the concept of encouraging individual, proper form through careful, considerate management. By removing unnecessary hoof horn and simultaneously allowing needed material in other areas to build, we encourage the foot to subtly morph into the correct shape even while under the effects of tremendous weight bearing and the forces from movement.

Many times horses won't fully weight a foot. This can be diagnosed as a mystery lameness. When, in fact, many times it's uncomfortable or sore because an area in the frog or bars that's supposed to be suspended has been left load bearing. A simple adjustment may be the remedy. I've been called out to try and assist a so-called foundering horse, only to find their feet in desperate need of cleaning. This happens especially after a rain where the horse doesn't have enough concavity or sole thickness yet and they get wads of mud stuck on their sole. This puts pressure on the center of the solar dome when the horse stands on harder ground. When the hoof has the correct amount of concavity the wads of compacted mud fall out on their own during flexion, like ice cubes in a plastic ice tray. 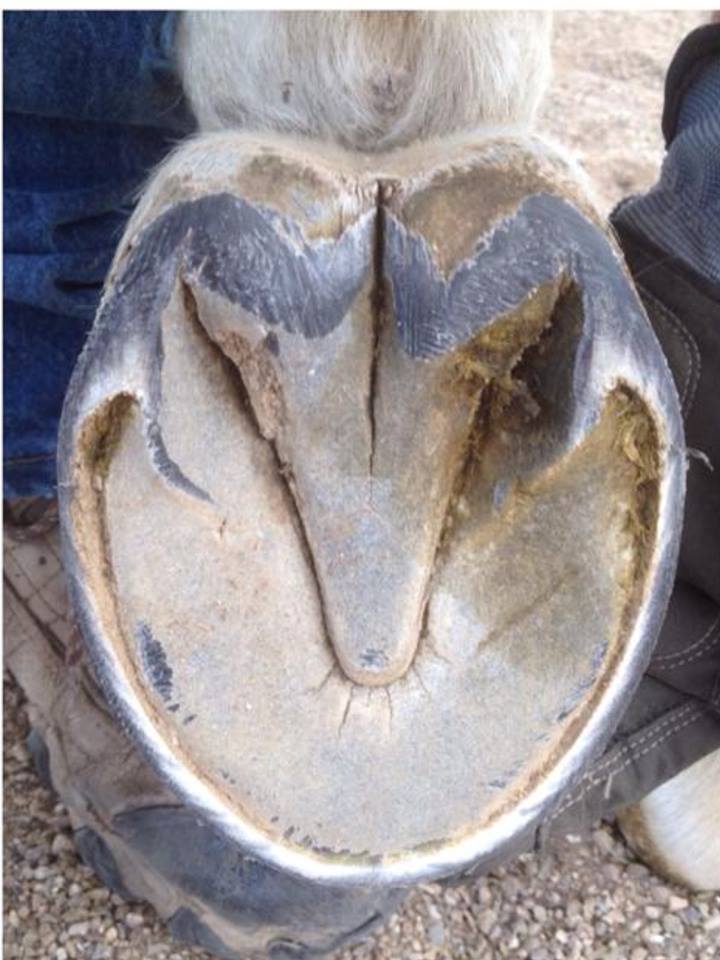 The frog is supposed to be a very specific shape. It is complex and many hoof care providers aren't familiar with the frog's true form. The very back of the frog is designed to bear more weight, and the closer it gets to the tip the further it should be from the ground, or suspended, following the contour of the sole plane. It's very important for the central sulcus of the frog to remain open in a "v" shape. This allows for the concussive forces of a heel first landing to be dissipated laterally, away from the center of the foot and to become absorbed by the lateral cartilages. The bars also follow the contour of the frog and sole plane and can become over grown and weight bearing in the wrong areas. They should be more weight bearing at the back of the foot and gently slope into the deepest part of the dome until they end at the widest part of the foot. This angle or slope regulates the amount of weight bearing that a particular area of a structure gets. This is only true in a properly formed hoof. Because the hoof is constantly growing, including the frog and bars, it is easy for a hoof that lacks adequate movement to retain material in an area it doesn't belong until it becomes load bearing. This can become uncomfortable and eventually painful.

It is often underestimated how important it is to know the proper shape of the hoof, and the functions of the structures within.